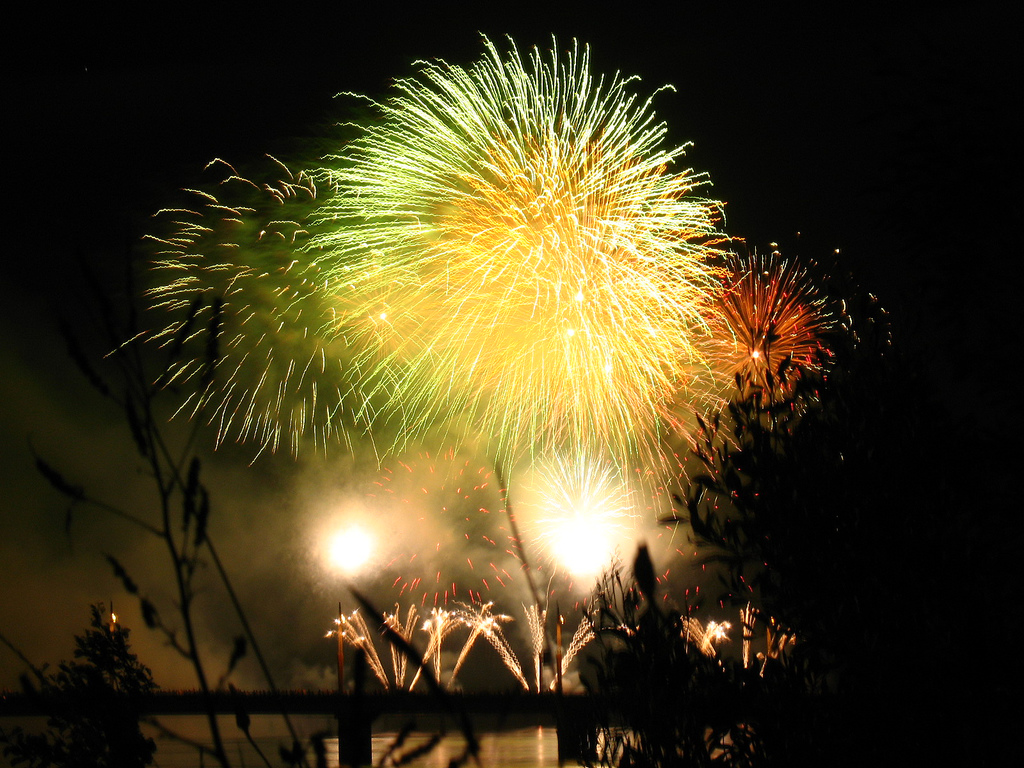 New Year's Day - an international holiday falling on January 1 each year (in the Gregorian calendar), in Poland it is a day off. It is a common practice to celebrate the holiday by opening a bottle of champagne at midnight on December 31st to January 1st of the following year. In the Polish tradition, the day preceding the New Year is called New Year's Eve after the name of the saint who is mentioned on that day in the liturgy in the Roman Catholic Church - Pope Sylvester I. The custom of starting the new year from the first day of January comes from ancient Rome, which was worshiped on that day by Janus, the god of gates, doors and beginnings. Many languages, including English and German, took the name of the month of January (January, German Januar) from Janus. Earlier, according to the Roman calendar, the new year was greeted on March 1, which is why in many languages ​​the borrowed names of September, October, November and December, i.e. the 9th, 10th, 11th and 12th month of the year, come from the Latin numerals septem, octo, novem, decem (7, 8, 9, 10). The change of the start of the year from March to January was introduced for temporary official reasons - so that new consuls could be elected before the beginning of the military season in Iberia. Orthodox believers and some Greek Catholics using the Julian calendar start the New Year on January 1 (which falls on January 14 according to the Gregorian calendar). They play on the so-called malanki on the night of January 13-14. In Mahayana Buddhism (practiced in China, Korea, Tibet, Nepal, Mongolia, Vietnam and Japan), New Year's Day falls after the first full moon in January. However, in Tibetan Buddhism, which is a form of Mahayana Buddhism, the New Year or Losar falls on the day after the new moon after the Sun entered the Aries constellation (e.g. in 2014, Losar fell on March 2). The Chinese New Year is determined according to the Chinese calendar and usually falls on the second (every now and then on the third) new moon after the winter solstice, which must fall in the eleventh lunar month. Similarly, the New Year, i.e. the Tết holiday in Vietnam. Also in Korea, it is a movable holiday called Seollal and is celebrated according to the Korean lunisolar calendar. In Theravada and Hinayana Buddhism (in Thailand, Myanmar, Sri Lanka, Laos, Cambodia), the New Year traditionally started with the first full moon in April, but today it usually has a fixed date - it begins on April 13. The traditional Iranian New Year holiday is Nouruz, celebrated on the Spring Equinox. The Jewish New Year is the Rosh Hashanah festival.