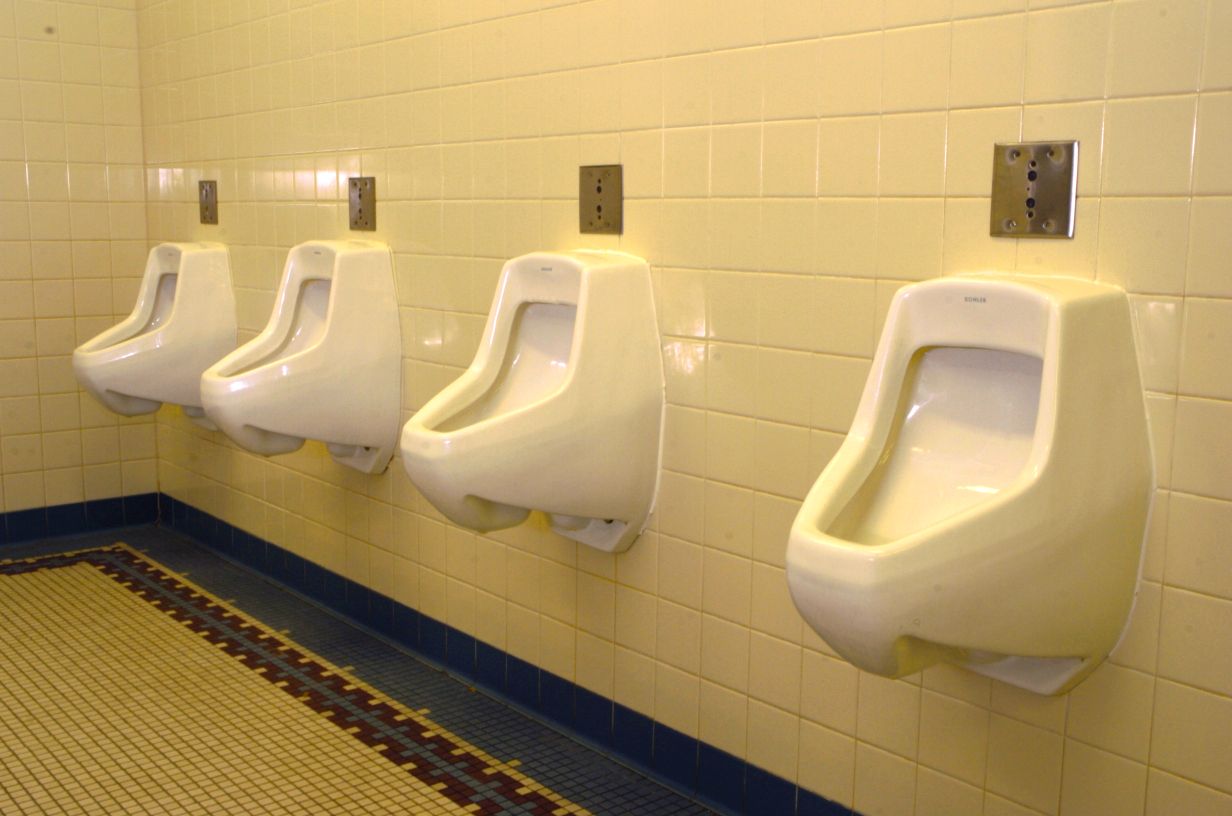 Urinal - a sanitary device that allows men to conveniently urinate while standing; generally wall mounted, usually made of ceramics, stainless steel or plastic and fitted with a flush. Most often installed in public toilets or in toilets in generally accessible buildings; less often in private apartments. Using urinals is not only more convenient, but also more hygienic than urinating in a toilet bowl. The shape of a properly built urinal should allow urine to flow down without splashing it to the sides, although the individual differences in the anatomical structure of men (e.g. height) are a certain difficulty.

The first urinals appeared in Poland at Wawel during the reign of King Sigismund the Old. All thanks to Queen Bona who brought this idea from her homeland - Italy. Even today, the saying "Zygmunt Stary cleans his urinals" has survived to this day, which emphasizes the skepticism that the population initially had for such an innovation in the field of sanitary equipment.

The waterless urinal, thanks to the special structure of the bowl and siphon, does not require the use of water or chemicals to flush the remains of urine. In traditional urinals, rinsing with water is designed to prevent odors and the growth of bacteria in urine residues. However, this contributes to a significant water consumption and at the same time increases the production of waste water. The waterless urinal eliminates the above problems and, moreover, allows for the segregation of sewage: the urine is not diluted and mixed with other sewage, and moreover, it can be used for the production of fertilizers. The separation of urine from the rest of the waste water is also used in composting toilets that separate urine. The shell of a waterless urinal resembles a traditional urinal, but should be smoother and more smooth hydrophobic surface, so that no urine remains on it and no scale builds up. The accumulated urine remains separated by a special mechanical or liquid membrane (made up of a layer of oil or gel that is lighter than water); the appropriate quality of this membrane ensures that the path through which unpleasant odors can escape from the tank is quickly and reliably cut off. Waterless urinal components are the subject of numerous patents, including oil recipe or membrane design. The first urinals using an oil diaphragm were designed by Wilhelm Beetz and installed in public toilets in Vienna as early as 1903. Even then, the authorities of Vienna, seeing the benefits of waterless urinals, decided to replace the damaged urinals with an oil-based invention by Beetz.

To reduce the splash of urine from diverting the urine stream to the wrong place, some urinal manufacturers include a raised, realistic image of a fly target or other object that provokes men to direct the urine stream there. The 2005 research carried out in public toilets at Schiphol Airport shows that the use of such urinals can significantly reduce the costs associated with cleaning toilets. These tests were confirmed at Kennedy Airport in New York, but the sights there needed to be renewed monthly due to urine leaching of the material. The psychological aspects of men's urine targeting at a fly, both in the belief that it is a real fly and in the awareness that it is only an artificial "sight", have become the subject of research in the field of psychology and behavioral economics.

The so-called trough urinal. It is a cavity lined with ceramic tiles