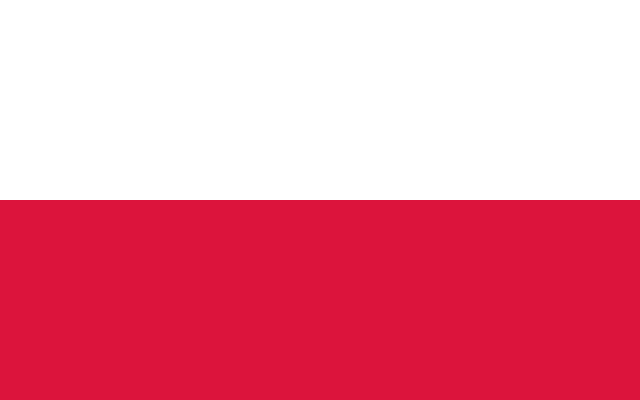 Poland, the Republic of Poland (RP) - a unitary state in Central Europe, located between the Baltic Sea in the north and the Sudetes and Carpathians in the south, mostly in the basin of the Vistula and Odra. Poland borders on Russia (its Kaliningrad Oblast) and Lithuania to the north, Belarus and Ukraine to the east, Slovakia and the Czech Republic to the south, and Germany to the west. Most of Poland's northern border is marked by the Baltic Sea coast. The Polish Exclusive Economic Zone in the Baltic Sea borders the zones of Denmark and Sweden. The borders with Ukraine, Belarus and Russia are at the same time the external border of the European Union and the Schengen area. The administrative area of ​​Poland is 312,696 km², which gives it 69th place in the world and 9th in Europe. With a population of 38,265,013 (2020), it ranks 38th in the world in terms of population and 5th in the European Union. Poland is divided into 16 voivodships. Its largest city and capital is Warsaw. Other metropolises are Kraków, Łódź, Wrocław, Poznań, Gdańsk and Szczecin. The largest Polish polycentric agglomeration is the Upper Silesian conurbation. Poland is an ethnically homogeneous country - 97% of the population declares Polish nationality. The first historically confirmed date describing the history of Poland is the year 966, when prince Mieszko I, the ruler of the areas currently mostly located within Poland, was baptized. In 1025 the Kingdom of Poland was established, the first king of which was the son of Mieszko I, Bolesław I the Brave. In 1385, Poland concluded an agreement with the Grand Duchy of Lithuania, signing the act of union in Krewo; This relationship was tightened by the Union of Lublin of 1569, as a result of which the Polish-Lithuanian Commonwealth was established, one of the largest and most populous countries on the map of the sixteenth and seventeenth century Europe, which in the years 1618-1621, after the truce in D Civilin, had an area of ​​about 1 million km². Its internal system is referred to as noble democracy, and the monarch was elected in the so-called free election system. The Commonwealth ceased to exist as a result of the Third Partition, in 1795, when its territory was divided between Prussia, Russia and Austria. After 123 years, at the end of World War I, in 1918, Poland regained independence (the then reborn statehood is called the Second Polish Republic). On September 1, 1939, with the attack of Germany on Poland, World War II began, and on September 17, 1939, the USSR began to attack; therefore, in October 1939, the entire territory of the country was under German and Soviet occupation. As a result of World War II, over six million Polish citizens lost their lives. The Yalta conference in February 1945 placed Poland in the sphere of influence of the USSR. In July 1945, by the provisions of the Potsdam Conference, Poland's borders were shifted to the west (between the Odra and Nysa Łużycka lines, and the Curzon line), joining the so-called Regained Territories in place of the Eastern Borderlands. The Polish People's Republic (the name of the state adopted in 1952) was a satellite state of the USSR in the formula of the so-called people's democracy. The rule in a single-party system was exercised by the communist Polish Workers 'Party, and then by the Polish United Workers' Party (with the formal existence of satellite groups). During the Cold War period, the People's Republic of Poland belonged to the Warsaw Pact, therefore it was part of the so-called Eastern Bloc. After the political changes initiated as a consequence of the Round Table and partially democratic parliamentary elections in June 1989, the first government was formed with a prime minister from outside the communist party. After the autumn of peoples, Poland modified the constitution, changing the name of the state to the Republic of Poland on December 31, 1989 and becoming a democratic country. Despite the enormous loss of lives and the significant destruction of the country as a result of World War II, Poland succeeded