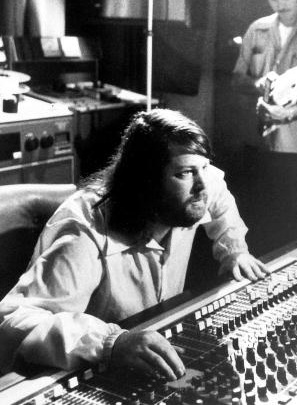 Music producer - a person responsible for the overall music recording or performance. The tasks of a music producer include: selecting, interpreting and arranging musical pieces, selecting musicians and soloists for a project, supervising a recording or performance, often selecting and working with a sound director or sound engineer, integrating separately recorded parts, soundtracks or solo performances into one work and supervision over the mastering of tracks. In the case of electronic music and contemporary pop music, the concept of a producer usually covers the entire production of a piece, from the first note, through composition, arrangement, mixing to the final mastering. A term almost unknown in classical music, in which this role is played by a sound engineer.

In hip-hop music, the role of a music producer is played by a person referred to as a beatmaker ("beat" - percussion rhythm and "making" - to do, in free translation - to do / create a percussion rhythm). The foundation author's tasks include all activities that make up the process of creating musical compositions, both with the use of computers and specialized samplers (eg Akai MPC), or other composing equipment, such as keyboards or synthesizers. Since the inception of hip-hop in the 1970s in the United States, the role of a beatmaker and DJ has been treated as first-class. The thesis was confirmed by the names of bands and duets that preceded the pseudonyms of the authors of the backing tracks, such as Grandmaster Flash and the Furious Five and DJ Jazzy Jeff & The Fresh Prince. In later years, the situation was reversed in favor of rappers such as Dizkret and Praktik and Pezet and Noon. Nowadays, the term beatmaker has been superseded by the concept of a music producer or is used interchangeably.