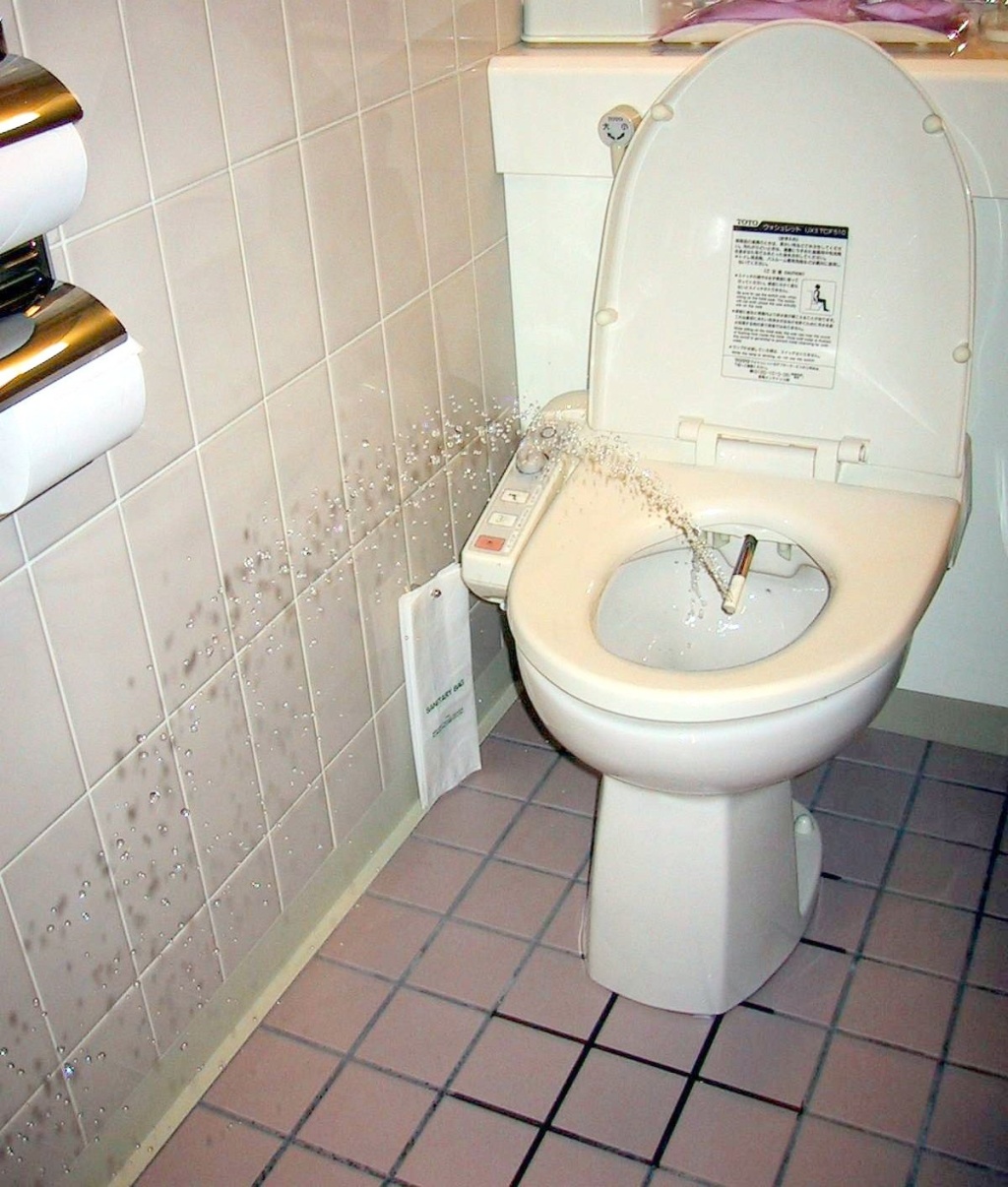 Toilets in Japan - There are two types of toilet commonly found in Japan. The first and the oldest one is a simple squat toilet, which is still common among public toilets. After World War II, a second type became common: modern toilet bowls (Western-style toilets) and urinals. Western-style toilets combine a toilet bowl with a bidet. According to data from 2004, they are installed in more than half of Japanese households. In Japan, this type of toilet is popularly called a washlet (Japanese ウ ォ シ ュ レ ッ ト woshuretto), after the Toto Ltd brand, and has advanced equipment that is rarely found outside of Asia. Depending on the specific model, the washlet can be designed to: automatically raise and lower the toilet seat; washing the anus or vulva; warm air drying; self-flushing.

During the Jōmon period, settlements were built in a horseshoe shape with a centrally located marketplace and piles of rubbish around the settlement. In these heaps, coprolites, calcified feces of people or dogs were found. Their presence indicates that the piles of garbage were also used as toilets. The oldest sanitary sewage systems found are from the Yayoi period (c. 300 BCE to 250 CE). They were used in larger settlements, possibly in conjunction with toilets. A possible third-century ritual site was discovered in Sakurai, which could also be a toilet with running water. Archaeologists also analyzed the cesspool of the Fujiwara Palace, the first seat of the imperial court and capital of Japan in 694-710. The toilet there was built over the open pit, similar to the outhouse. During the Nara period (710–784 CE), a drainage system was built in the then capital of Japan, consisting of 10-15 cm wide streams that could be crouched over. Wooden sticks called chūgi (Japanese 籌 木) were used as toilet paper. Previously, seaweed was used for cleaning, but during the Edo period, it was replaced by toilet paper made of washi (traditional Japanese paper). In the mountainous areas, wooden scratchers and large leaves were also used. Toilets were often built by the flowing stream. One of the first of its kind was found at Akita Castle. It is dated on the 8th century AD. Latrines were more common because they were easier to build and allowed manure to be used as fertilizer - this was important for a country where Buddhism and related vegetarianism had the effect of reducing the dependence of the diet on livestock, although seafood has always been an important part of Japanese diets. The manure of wealthy people was sold at a higher price because they ate better. Historical documents from the 9th century AD describe the laws governing the building of clean and waste water canals, detailing the procedures for disposing of toilet waste. In the morning after a rainy night, prisoners should be directed to clean the sewage in the Palace and government offices, as well as eastern and western toilets. ("Collected Interpretations of Administrative Law" - Ryō-no-shūge) The sale of human manure as fertilizer became much less common after World War II. This happened for reasons of hygiene and the spread of chemical fertilizers. Currently, less than 1% of human waste is used as fertilizer. Historically, Japan had a much higher standard of hygiene than Europe. Orderly disposal of human excrement was common, while in Europe sewage was simply thrown onto the streets for much of early modern history. The first European to visit Edo was probably shocked as he had never seen a city so clean. A restroom on Okinawa