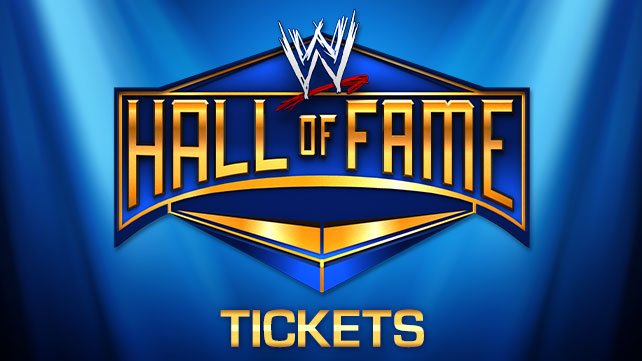 WWE Hall of Fame - a gallery of fame for professional wrestling personalities run by the WWE federation. Its creation was announced on March 22, 1993 on Monday Night Raw. The first member, André the Giant, who had died two months earlier, was introduced that day. In 1994 and 1995, the ceremonies were held several hours before the annual King of the Ring pay-per-view gala. In 1996, the celebration coincided with the November Survivor Series gala and was held for the first time in front of the public and federal staff. The next ceremony took place only eight years later, during which time no more people were added to the gallery. In 2004, WWE reintroduced the Hall of Fame ceremonies that had since been held two days before the WrestleMania events. The first edition in the 21st century took place before WrestleMania XX. Like the previous ones, the 2004 ceremony was not televised, but the video was released on DVD on June 1, 2004. The 2005 celebration was broadcast on Spike TV and has been broadcast on the USA Network since 2006. Since 2005, every video of the ceremony is included in the WrestleMania DVD. Since 2014, the celebrations have been broadcast live via the WWE Network subscription service, where in 2015 WWE also released recordings from all previous editions. Despite the fact that a building that physically mirrored the gallery of fame was never constructed, WWE had plans to build one. In 2008, Shane McMahon, then WWE's executive vice president of media affairs, stated that the company has been collecting wrestler memorabilia for years, which are labeled and categorized in case such a building is to be built.

People introduced to the Hall of Fame

The WWE Hall of Fame Celebrity section is dedicated to celebrities whose performances in WWE have been particularly memorable or who have had long-standing ties to the federation.

In 2015, WWE established the Warrior Award, presenting it as a distinction to people who distinguished themselves with special strength and perseverance, and who lived with courage and humility, reflecting the indomitable spirit of The Ultimate Warrior. The award is presented annually by Dana Warrior, Warrior's widow. While WWE promotes Warrior Award winners as inductors into the Hall of Fame, these individuals do not have a profile in the Hall of Fame section of WWE.com, and their images do not appear in the online gallery of all entries. In April 2014, The Ultimate Warriora was inducted into the Hall of Fame shortly before his death. At the joining ceremony, he proposed creating a special category called the Jimmy Miranda Award, dedicated to WWE staff working behind the scenes. Miranda, who died in 2002, has been an employee of WWE's Commodities department for over 20 years. After the death of the Warrior, WWE established an award called The Warrior Award, allegedly named after its originator, but changing its concept. In the videos promoting the newly created category, Warrior's statements were used, but edited in such a way that it showed that the former professional wrestler offers a reward for people who help and inspire others. Such behavior was criticized by, among others, former WWE announcer Justin Roberts. WWE said in response that the award meets the expectations of its originator, as it is awarded annually to silent heroes, both among employees of the organization and among fans. The WWE statement also said: It is an insult to suggest that WWE and its leadership have other than altruistic intentions in awarding Connor and his legacy with The Warrior Award. Connor Michalek was the first laureate of this award. Wing