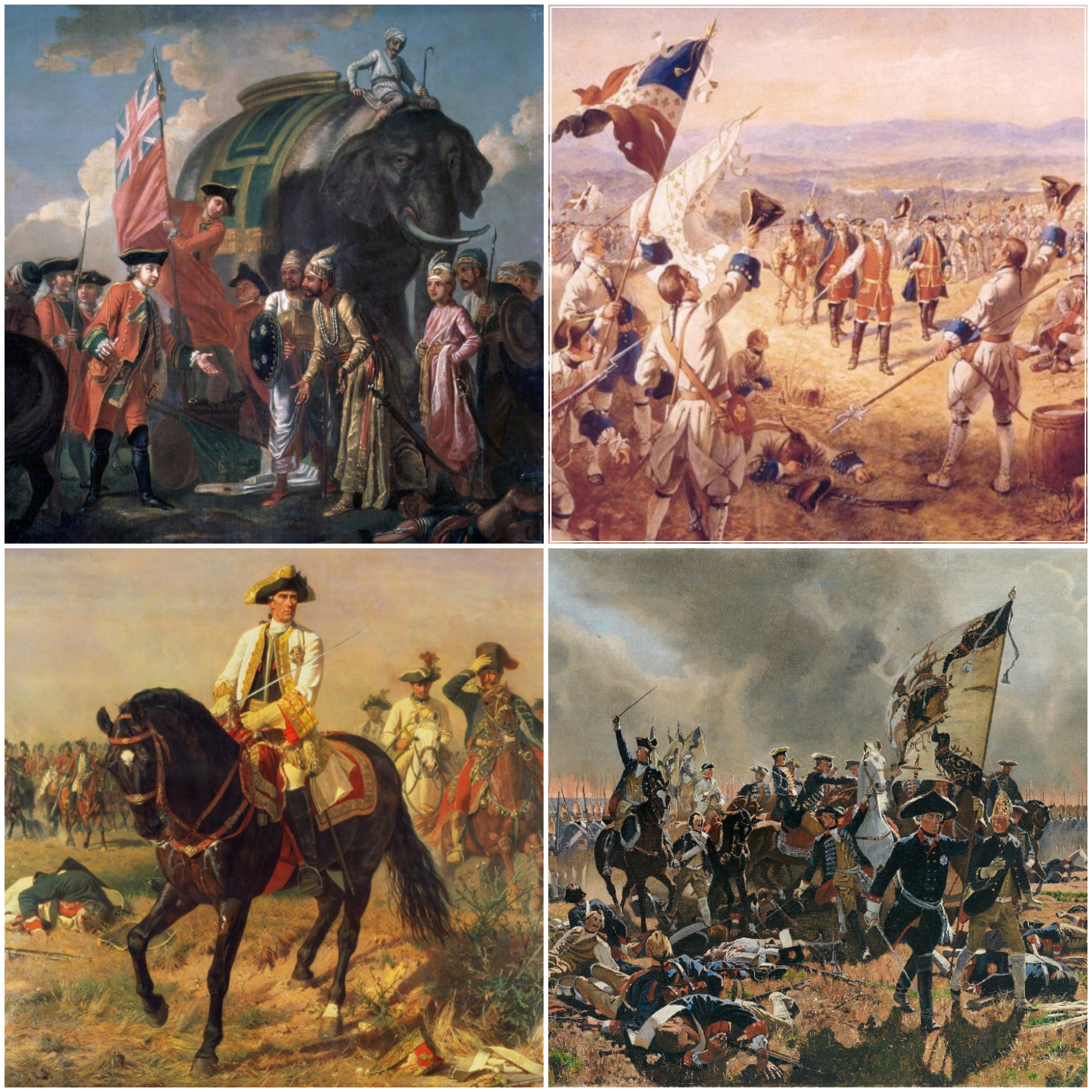 The Seven Years' War (1756–1763) - the war between Great Britain, Prussia and Hanover, and France, Austria, Russia, Sweden and Saxony. It was a global war - fighting took place in Europe, North America, India and the Caribbean islands. In the later phase of the conflict, Spain and Portugal joined the war, and the Netherlands, whose forces were attacked in India, initially tried to remain neutral. This war can be considered a hegemonic war (most of the powers of that time took part in it, and it was also a decisive phase in the almost 100-year-long Franco-British struggle for supremacy in North America and supremacy in the world). The war was characterized by the sieges and arson of cities, but also open field battles, with extremely heavy casualties. It is estimated that between 900,000 and 1,400,000 people died during the war.

It began on August 29, 1756 with the invasion of Saxony by Prussian troops, led by Frederick II the Great. Austria stepped out against Prussia, wanting to regain Silesia (the so-called Third Silesian War). In 1757 Russia entered the war - on the side of Austria and France against Prussia, occupying Królewiec and announcing the annexation of (eastern) Prussia to Russia. In August 1759, at the Battle of Kunowice, Prussian troops were defeated by the Russian-Austrian coalition. In October 1760, Berlin was occupied by Austrians and Russians for several days. During the Seven Years' War, Poland, although in a personal union with Saxony, remained neutral. Nevertheless, it became the marching area of ​​the troops of the participants of the conflict - mainly Russian, which, operating from the territory of the Commonwealth, seized the areas from Królewiec to Berlin, threatening the existence of the Prussian kingdom in 1762. Then, however, the tsarina Elżbieta Piotrowna died - the mortal enemy of the Prussian king, and her successor Peter III, who adored Frederick II, ordered the immediate retreat of the Russian army, and even handed over part of his army to Frederick (the so-called miracle of the Brandenburg House). Peter III was murdered after a few months of reign, and Catherine II (1762–1796) took his place. She soon decided that neither the fall nor the victory of Prussia was in Russia's interest and decided to withdraw from the war. The war ended with the signing of the peace treaty in Hubertusburg (Saxony) on February 15, 1763, granting Silesia and the Kłodzko Land to Prussia.

In the colonies, the war was the result of British-French rivalry. The fighting between the forces of these countries began in 1754 near the Ohio River in North America. Britain declared war on France on May 15, 1756. In the course of hostilities, Great Britain won two great victories over France in 1759: at Quebec (September 13) and at Quiberon Bay (November 20). The conquest of the heavily fortified Havana on August 13, 1762 turned out to be a real shock for Spain. The war in the colonies ended with the Peace of Paris (February 10, 1763), which was a complex agreement defining the rights to individual territories. It sealed the defeat of France, which lost to Great Britain some overseas possessions: incl. Canada and some other colonies in America and India. France ceased to be a major power