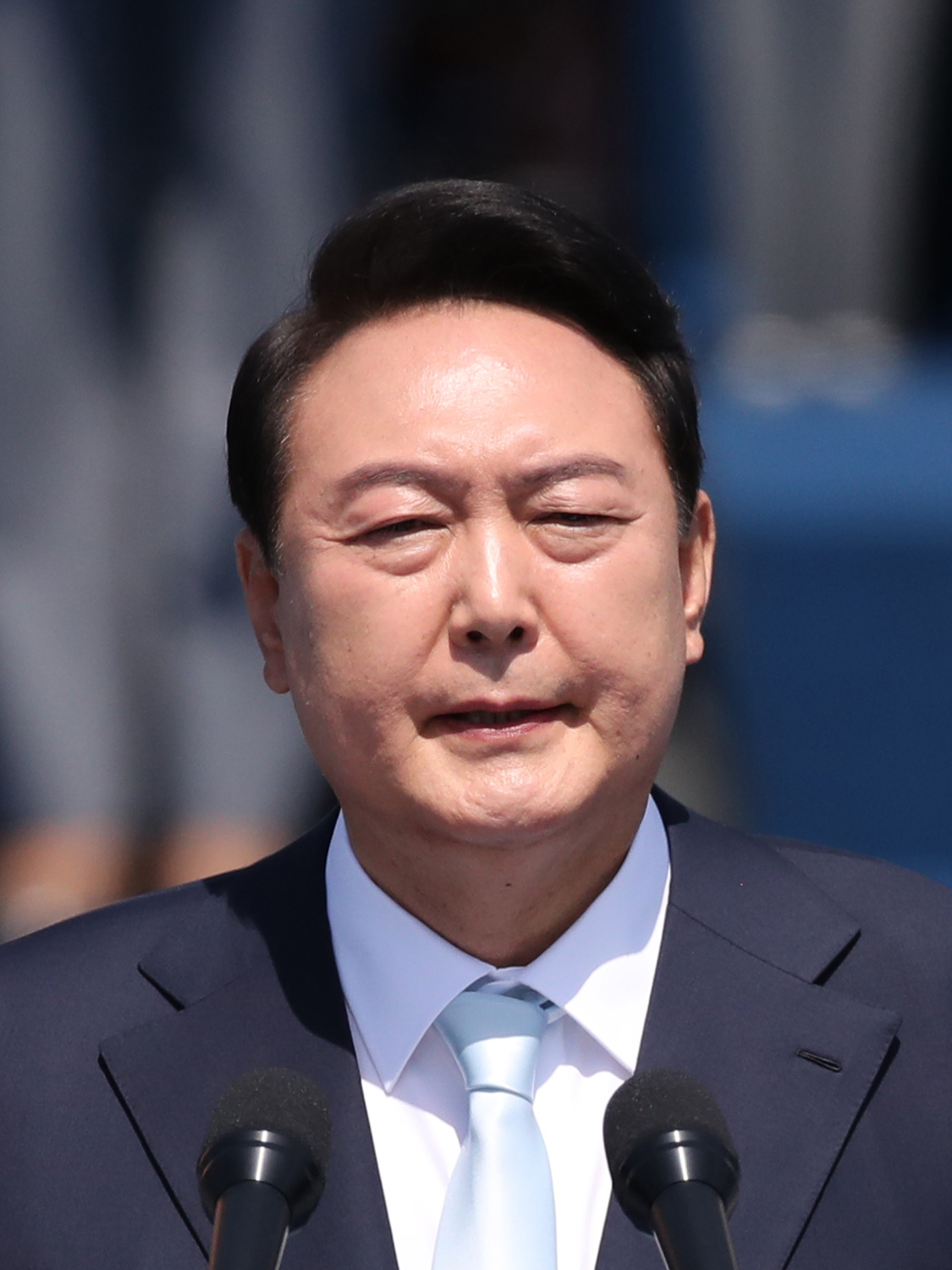 Yoon Suk-yeol (Kor. 윤석열, born October 18, 1960 in Seoul) - South Korean politician and lawyer, president of the Republic of Korea from 2022. As the chief prosecutor of South Korea, he played a key role in the conviction of ex-president Park Geun-hye of abusing power, causing corruption and receiving bribes. Yoon is a member of the conservative People's Power Party. Yoon defeated Democratic Party candidate Lee Jae-myung in the South Korean presidential election of 2022.

He was born near Seoul, in the town of Yeonhui-dong, which is located in the Seodaemun district. His father, Yoon Ki-joong, was born in Nonsan and is a retired educator who graduated from Yonsei University and Hitotsubashi University, where he later founded the Korean Statistics Society. Currently, his father is a full member of the National Academy of Sciences of the Republic of Korea. His mother was born in Gangneung and was a lecturer at Ewha Womans University.

He was considered a potential presidential candidate in the presidential election of 2022 since the Cho Kuk scandal, when he appeared as a significant candidate in social polls as of at least January 2020. In a January 2021 poll of all possible presidential candidates, Yoon led as most significant leader with 30.4% of the vote. This is more than a single endorsement of the ruling Democratic Party leaders Lee Jae-myung and Lee Nak-yon. On June 29, 2021, he officially announced his candidacy in the presidential election of 2022.On July 12, he registered with the National Electoral Commission as an independent candidate. On July 30, he joined the conservative People's Power Party, then the main opposition party in South Korea. Previously, Yoon was politically independent, although his popular support came mostly from conservatives. He won the elections held on March 9, 2022. Democratic Party candidate Lee Jae-myung admitted defeat in the early hours of the next day. He took office on May 10, 2022.

He describes himself as "conservative." Former member of the Korean parliament, Chung Doo-un describes Yoon as a conservative. China's political commentator Jung-kwon, who supports Yoon, called him a libertarian. He opposed government economic interventionism and statism. He referred to the Nobel laureate in economics Milton Friedman and his book from 1980 entitled Free Choice. He was greatly influenced by this book to support economic liberalism. He was in favor of limiting the labor code to a minimum. He supports the abolition of the 52-hour working week and the abolition of the minimum wage. As he himself pointed out on his Facebook page, he wants to abolish the Ministry of Gender and Family Equality.