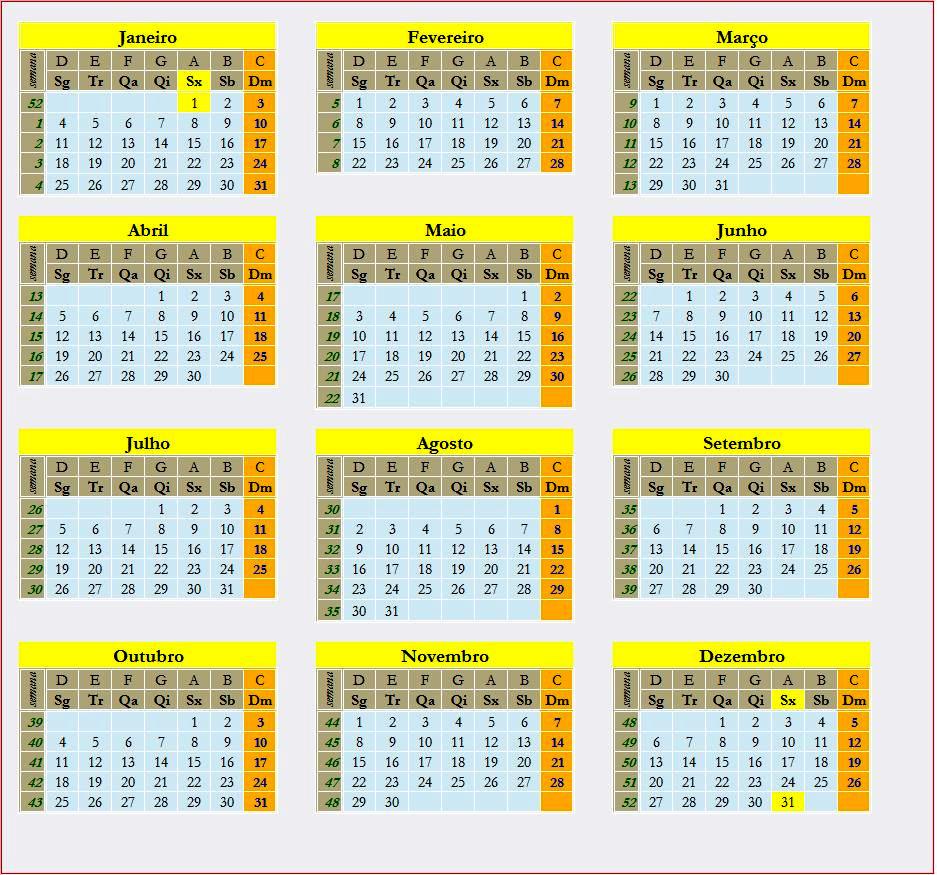 2010 (MMX, in Roman numerals) was an ordinary year of the 21st century that began on a Friday, according to the Gregorian calendar. Its Sunday lyrics were C. Carnival Tuesday took place on February 16th and Easter Sunday on April 4th. According to the Chinese horoscope, it was the year of the Tiger, starting February 14th. The year 2010 was designated as: the International Year of Biodiversity, by the UN; the Joaquim Nabuco National Year, in Brazil.

The works of: Sigmund Freud; Alberto de Oliveira; William Butler Yeats; José Petitinga and Harvey Spencer Lewis. January, 1st Very heavy rains and severe floods cause landslides on earthen hills and kill 53 people buried in Angra dos Reis and destroy the historical heritage of São Luís do Paraitinga. Spain takes over the presidency of the Council of the European Union, succeeding Sweden. January 4 - Inauguration of the Burj Khalifa complex, the tallest building in the world. January 8th The Parliament of Portugal approves a law that allows marriage between homosexuals. In Angola, the Togo team bus is attacked by armed men, 6 were injured and the bus driver was killed. The Togo team would be in Angola for the Africa Cup of Nations January 10 - Lots of snow and icy strong winds hit Europe, causing more than 100 deaths and many accidents. January 11 - The People's Republic of China sets another record as the world's largest exporter of products. January 12th An earthquake measuring 7 degrees on the Richter scale causes great destruction in Haiti, killing 230,000 people, including Brazilian pediatrician Zilda Arns Neumann, founder of Pastoral da Criança. President of the Brazilian Central Bank - Henrique Meirelles is elected representative of the Board of Directors of the Bank for International Settlements (BIS) in Switzerland. January 15 - The longest-lasting annular solar eclipse in the 21st century occurs at 11 minutes and 8 seconds. January 25th Ali Hassam al-Majid, known as Ali the Chemist, was executed by hanging after receiving four death sentences for crimes committed between 1968 and 2003. Ethiopian Airlines flight 409 crashes into the Mediterranean Sea killing 90 passengers. January 27 - Apple launches the iPad.

February 3 - Avatar, James Cameron's feature film takes on the position of highest-grossing cinema, which until then has been occupied by Titanic, whose director is the same. February 7 - In Miami, the New Orleans Saints beat the Indianapolis Colts to win Super Bowl XLIV, the first in their history. February 10 - Blackout hits the north and northeast of Brazil. February 11 - Launch of the Solar Dynamics Observatory (SDO) aimed at studying solar processes and their direct reactions with the Earth. February 12 - Opening Ceremony of the XXI Olympic Winter Games in Vancouver, Canada. February 15 – Scientists at Brookhaven National Laboratory obtained for a few milliseconds a temperature of 4 trillion degrees Celsius, the highest temperature ever obtained in history. February 20th Storm affects Madeira Island and causes about 47 dead, 600 homeless and 250 injured. The IUPAC officially approves element 112 of the periodic table as copernicus. Feb 27 - An earthquake measuring 8.8 Mw hits central Chile, causing at least 802 deaths and a tsunami warning (giant sea waves) is launched across the Pacific Ocean. Several countries around the world were on alert. February 28 - Closing Ceremony of the XXI Olympic Winter Games in Vancouver, Canada.