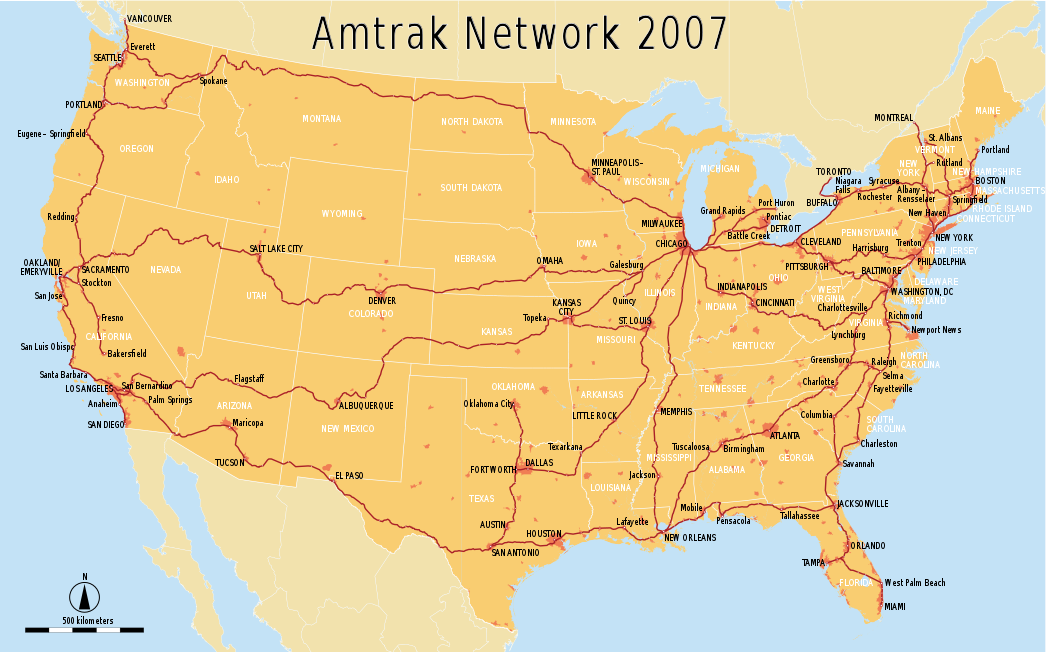 Amtrak is the federal state-owned passenger rail transportation company in the United States, headquartered in the American capital. The company's official name is National Railroad Passenger Corporation and its acronym comes from the combination of the words "American" and "track", thus suggesting the idea of ​​"American rail". Amtrak operates a national rail network that serves the most of 500 destinations, in 46 states of the federation, through 33,800 kilometers of tracks, with more than 20,000 employees. Three routes serve Canada, serving metropolises such as Montreal, Toronto and Vancouver, as well as intermediate destinations. The company emerged as a response by the US government to the decline in passenger rail transport between 1920 and 1970 and the consequent lack of interest on the part of private companies in the sector. Since it began operations on May 1, 1971, Amtrak has lost $29 billion, and it continues to be loss-making. Annually, it receives funding on the order of US$ 1 billion to stay in business. In 2011, Amtrak had revenues of US$ 2.71 billion and expenses of approximately US$ 3.95 billion, covering 79% of its operating costs. Approximately 30.2 million passengers were transported that year, resulting in a daily average of 82,000 passengers.

Amtrak's origins date back to a period of decline that took place between the 1920s and 1970s in the United States, in which private rail companies operating in the sector gradually reduced the routes and frequencies that served the transport of passengers. In 1970, in response to this decline, the US Congress and then President Richard Nixon created Amtrak, which began operations on May 1, 1971. The 20 private rail companies that came together to form Amtrak were: