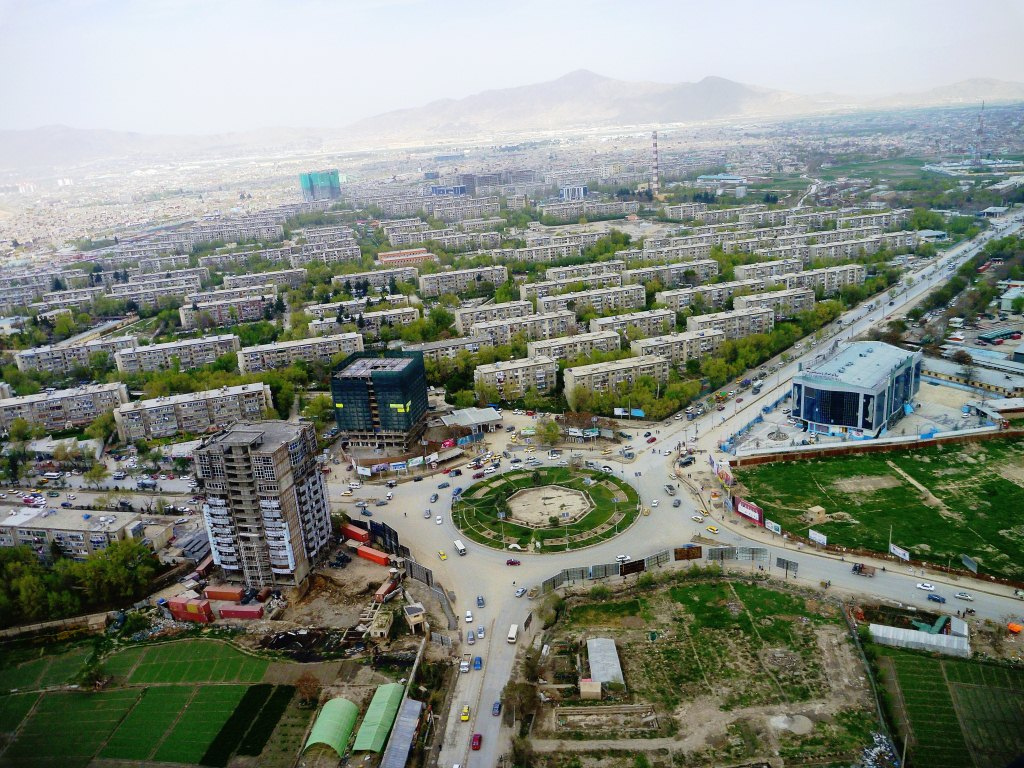 Kabul or Kabul (Persian: کابل; Romaniz.: Kābul, AFI: [kɒːbʊl]; in Pasto: کابل, Kābəl, AFI: [kɑbəl]) is the capital and most populous city of Afghanistan. Kabul is also the capital of Kabul province. It is located in the Kabul River valley and has 3,573,000 inhabitants in its metropolitan area, according to an official 2009 estimate, which includes Tajiks, Hazaras and Pashtuns, a smaller number of Afghans belonging to other ethnic groups. It is the 64th largest city and the fifth fastest growing in the world. Kabul is over 3,500 years old; it was disputed by many empires over the valley for its strategic location along the Central and Southern Asian trade routes. It was made at the eastern end of the Mede Empire before it became part of the Achaemenid Empire. In 331 BC, Alexander the Great defeated the Achaemenids and the area became part of the Seleucid Empire followed by the Mauryan Empire. Until the 1st century AD, it became the capital of the Kushan Empire. It was later controlled by the Shais of Kabul, the Saffarid Empire, the Gasnevid Empire, the Gurid Empire and others.

It has more than 3,500 years of history, having been disputed by several empires and kingdoms, due to its strategic position along the trade routes of South Asia and Central Asia. It has been the Afghan capital since 1776. It is recognized for its recent and turbulent history. In 1979, the country was invaded by the Soviet Union, lasting approximately ten years. With the withdrawal of Soviet troops, the civil war began, being dominated by the Taliban in 1996 and, finally, occupied by NATO in 2001. Lately, these conflicts have gained greater prominence before the world, due to the bestseller The Kite Runner (The Kite Runner) and the book A Thousand Splendid Suns (The City of the Sun), written by Khaled Hosseini, who fled to the United States at the age of seventeen. All these conflicts ended up destroying the city, even causing a suspension in the supply of drinking water and energy in the city. Since the year 2003, the city began to be slowly rebuilt. On August 15, 2021, the city of Kabul was retaken by Taliban forces, who re-established themselves in command of the country.

Kabul's economy, due to several wars and conflicts in recent decades, is still weakened, being very dependent on exports of primary products, such as dried fruits, nuts, leather and sheep's wool. In manufactured products, Afghan rugs and furniture stand out. At the beginning of the 21st century, the country as a whole received international financial assistance from the United States for investment in urban and economic development.