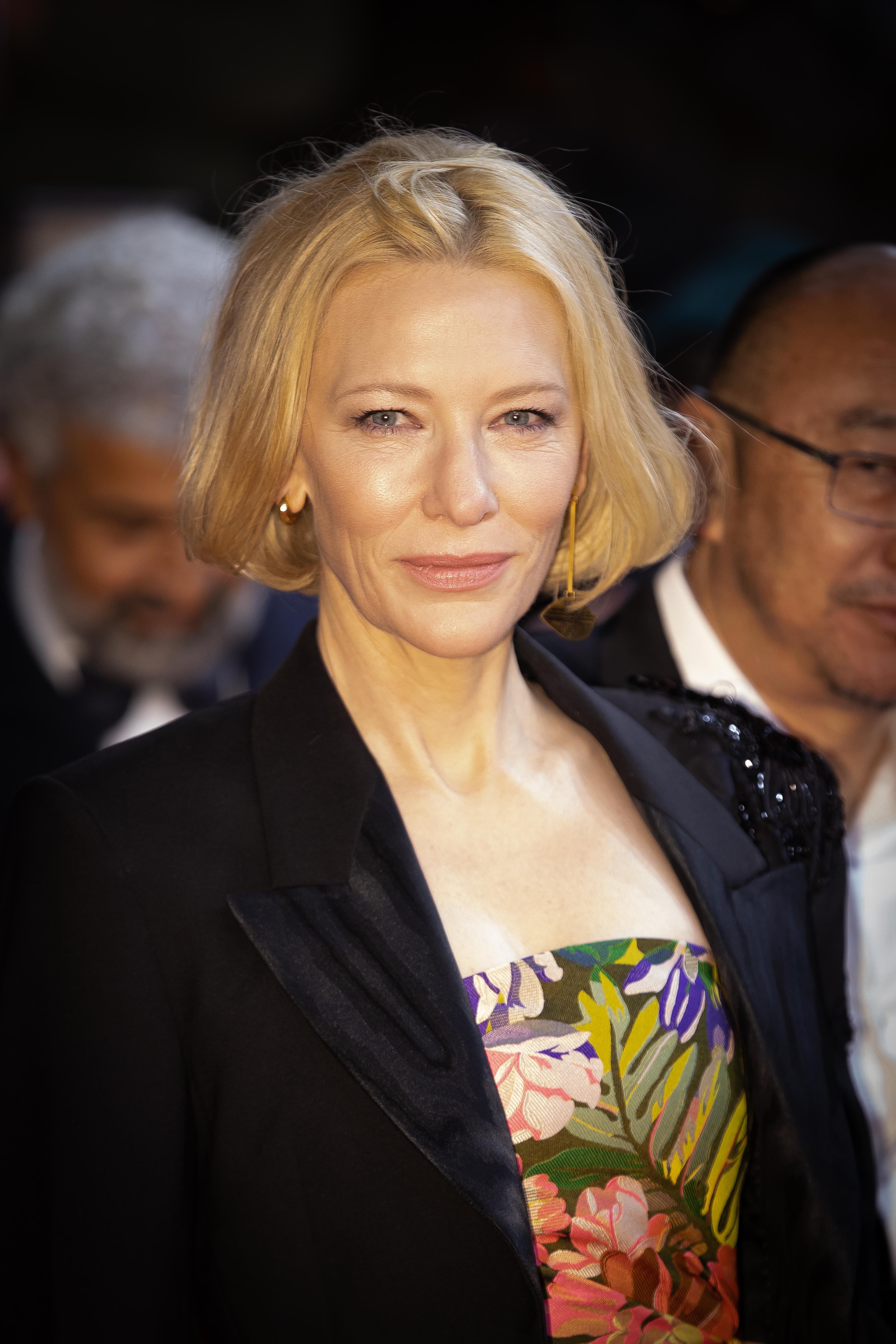 Catherine Elise "Cate" Blanchett (Melbourne, May 14, 1969) is an Australian actress and director. She has won several awards as an actress, most notably two Oscars, three Golden Globes, three SAG Awards and three BAFTAs, as well as the Coppa Volpi at the 64th Venice International Film Festival. Blanchett came to international attention in 1998 as Queen Elisabeth I of England in the film Elisabeth directed by Shekhar Kapur. She is also known for other characters such as the elven lady of Lothlorien, Galadriel, from J.R.R. Tolkien, The Lord of the Rings (br: The Lord of the Rings), Colonel Irina Spalko in Indiana Jones and the Kingdom of the Crystal Skull (br: Indiana Jones and the Kingdom of the Crystal Skull), Daisy in The Curious Case of Benjamin Button (br: The Curious Case of Benjamin Button) and Katharine Hepburn in Martin Scorsese's The Aviator (br: The Aviator), for which she received the Oscar for Best Supporting Actress. In 2014, she won the Academy Award for Best Actress for Woody Allen's Blue Jasmine and in 2016 she was nominated in the Best Actress category for her performance in Carol. Blanchett is one of the few actresses to have won an Academy Award for Best Actress and an Academy Award for Best Supporting Actress. Aside from her, only Ingrid Bergman, Helen Hayes, Maggie Smith, Meryl Streep, Jessica Lange and Renée Zellweger have achieved this feat.

Blanchett was born in Ivanhoe, a suburb of Melbourne in Victoria, Australia. She is the daughter of June, an Australian and a teacher, and Robert "Bob" Blanchett, a Texan of French descent and an American naval officer, who later worked as an advertising executive. Her parents met when Bob was on the crew of the USS Arneb in Melbourne. Blanchett's father died of a heart attack when she was ten years old. She has two brothers; the oldest, Bob, is a computer systems engineer, and the youngest, Genevieve, worked as a theater designer and received her Bachelor of Architectural Design in April 2008. Blanchett attended primary school in Melbourne at Ivanhoe East Primary School, before completing her secondary education at Methodist Ladies' College, a Methodist girls' school, where she began to explore her passion for acting. She studied Economics and Fine Arts at the University of Melbourne before leaving Australia to travel abroad. When she was eighteen years old, and vacationing in Egypt, a guest at the hotel where she was staying in Cairo asked if she wanted to be an extra in a movie, the next day she found herself in a scene in the middle of a crowd cheering for a American boxer who lost to an Egyptian boxer in the film Kaboria, starring the late Egyptian actor Ahmad Zaki. Blanchett returned to Australia and later moved to Sydney to study at the National Institute of Dramatic Art. She graduated in 1992, starting her career on stage. Her husband is playwright and screenwriter Andrew Upton, whom she met in 1996 while acting in the production of his play The Seagull. It wasn't love at first sight, however, "He thought I was silly and I thought he was arrogant," Blanchett later commented. The two were married on December 29, 1997. Their first child, Dashiell John, was born on December 3, 2001, their second, Roman Robert, on April 23, 2004, and their third, Ignatius Martin, on April 13. 2008. She and her husband are artistic directors for the Sydney Theater Company. After making Brighton, England, her main home, she and her husband returned to live in Australia. In November 2006, Blanchett stated that the move was due to a desire to give her children a permanent home, and to be closer to her family, as well as a sense of belonging to an Australian theater community. She and her family live in "Bulwarra", a mansion in the Sydney suburb of Harborside Hunters Hill, which