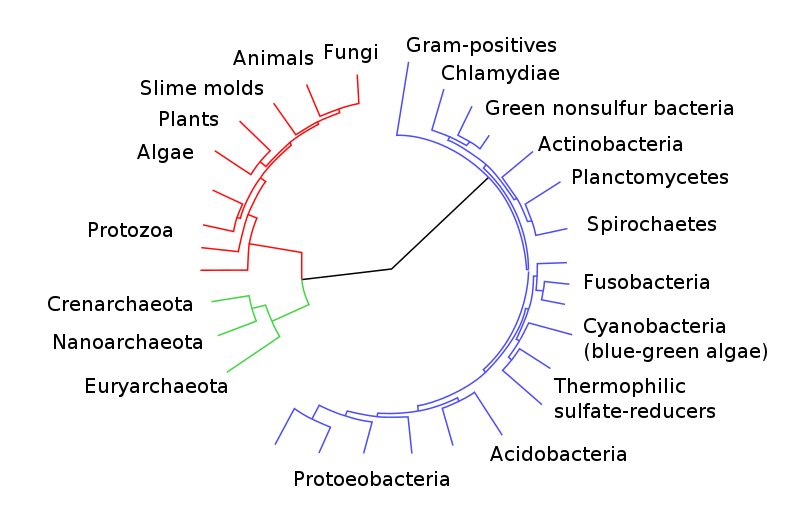 In biology, evolution (also known as biological, genetic, or organic evolution) is the change in the hereditary characteristics of a population of living things from one generation to another. This process causes populations of organisms to change and diversify over time. The term "evolution" can refer to the observational evidence that constitutes the scientific fact intrinsic to the theory of biological evolution, or, in the full sense, to the theory in its entirety. A scientific theory is by definition an inseparable set of all known verifiable evidence and testable and tested ideas attached to those. From a genetic point of view, evolution can be defined as any change in the number of genes or in the frequency of alleles of one or a set of genes in a population and over generations. Mutations in genes can produce new traits or alter existing ones, resulting in the appearance of hereditary differences between organisms. These new traits can also arise from gene transfer between populations as a result of migration, or between species as a result of horizontal gene transfer. Evolution occurs when these hereditary differences become more common or rare in a population, either non-randomly, through natural selection, or randomly, through genetic drift. Natural selection is a process by which heritable traits that contribute to survival and reproduction become more common in a population, while detrimental traits become rarer. This is because individuals with advantageous traits are more successful in reproduction, so more individuals in the next generation inherit those traits. Over many generations, adaptations occur through a combination of successive changes, small and random in characteristics, but collectively significant, due to the natural selection of the most suitable variants - adapted - to their environment. In contrast, genetic drift produces random changes in the frequency of traits in a population. Genetic drift reflects the role chance plays in the probability that a given individual will survive and reproduce. In the 1930s, Darwinian natural selection was combined with Mendelian heredity in a modern synthesis, where the link was made between the units of evolution - the genes - and the central mechanism of evolution - founded on genetic drift and natural selection. This theory, called Modern Evolutionary Synthesis and possessing great predictive and explanatory power, as it offers a unifying and unique natural explanation for all the diversity of life on Earth, has become the central pillar of modern biology. A species can be defined as the grouping of specimens capable of sharing genetic material - usually through sex - in order to reproduce, generating fertile offspring. However, when a species is separated into several populations that for some reason can no longer interbreed, mechanisms such as mutations, genetic drift and the selection of new characteristics cause the accumulation of differences over generations, differences that, when accumulated, may imply from biological curiosities such as the so-called species rings to the emergence of new and distinct species. The similarities between organisms suggest that all known species descended from a common ancestor (or ancestral gene pool) through this process of gradual divergence. first records of its presence on the planet - dating back to 3.4 billion years ago - until�