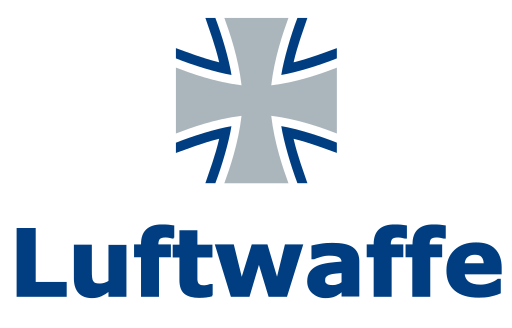 The German Air Force (German: Luftwaffe ? hear) is the air corps of Germany's Bundeswehr. The history of the German military aviation forces began in 1910 with the founding of the air service and the army of the German Empire, however it was not continuous because it lost both world wars. Consequently, Germany had no military air force between 1918 and 1935 and again between 1945 and 1956. During World War II, the Luftwaffe played a key role in the rapid conquest of Eastern and Western Europe, and in creating the concept of the Blitzkrieg. Later, despite his best efforts, he could not prevent the defeat of Germany, as the Luftwaffe was fighting on two fronts, and due to the lack of replacement planes, thanks to the constant Allied bombing of German factories and cities, and for fighting with an enemy with greater numerical strength. Between 1956 and 1990 there were two air forces in Germany, as a result of the split in two of the defeated Germany in 1945. After reunification the East German air force was dissolved and its structure was merged into the Luftwaffe. In 1999 in Kosovo, the Luftwaffe had its first noted action in war since the end of World War II.

The precursor to the Luftwaffe was founded in 1910 before the outbreak of World War I, and was used as an air service by the German Empire's army, the Luftstreitkräfte (Imperial Air Service). As the use of the plane for military purposes was recent, this service was primarily used for reconnaissance and support of the army on the ground, and before the plane, balloons were used for this purpose, as in the Franco-Prussian War (1870-1871). ). During World War I, the army's Imperial Air Service used a wide variety of aircraft, ranging from fighter jets (manufactured by Albatros-Flugzeugwerke and Fokker), reconnaissance aircraft (Aviatik and DFW) and heavy bombers (Gothaer Waggonfabrik, and Zeppelin-Staaken). However, the fighters received more attention in the annals of military aviation, since they produced "aces" like Manfred von Richthofen, popularly known in English as Red Baron (Red Baron), and in German as Der Rote Kampfflieger (Red Flying Warrior), and other great pilots such as Ernst Udet, Hermann Göring, Oswald Boelcke, Max Immelmann (first aviator to win Pour le Mérite, the highest decoration of the German Empire), and Werner Voss. To improve the German navy, and the German army, airships were also used for military and civilian targets in the bombing of France, Belgium and the United Kingdom. Every German and Austro-Hungarian military aircraft in service wore the iron cross as its insignia until 1918, when it was replaced by the Balkenkreuz, a black and white Greek cross. After the war ended with German defeat, the service was dissolved completely under the conditions of the Treaty of Versailles, which required that its planes be destroyed completely. As a result of this act, the Luftwaffe is not considered to be the oldest independent air force in the world, with the United Kingdom's Royal Air Force being the oldest, having been founded on 1 April 1918.

Since the ban imposed on Germany by the Treaty of Versailles, the formation of an air force was prohibited, but the need to train pilots for a possible future war was great. So training was done in secret using initially civil aviation schools. In order to train its pilots in more modern fighter planes, Germany requested the help of the USSR. A secret training airfield was established in Lipetsk in 1924 and operated for approximately nine years, using mostly Dutch, Russian and Germans, until it was closed in 1933. This base was officially known as the