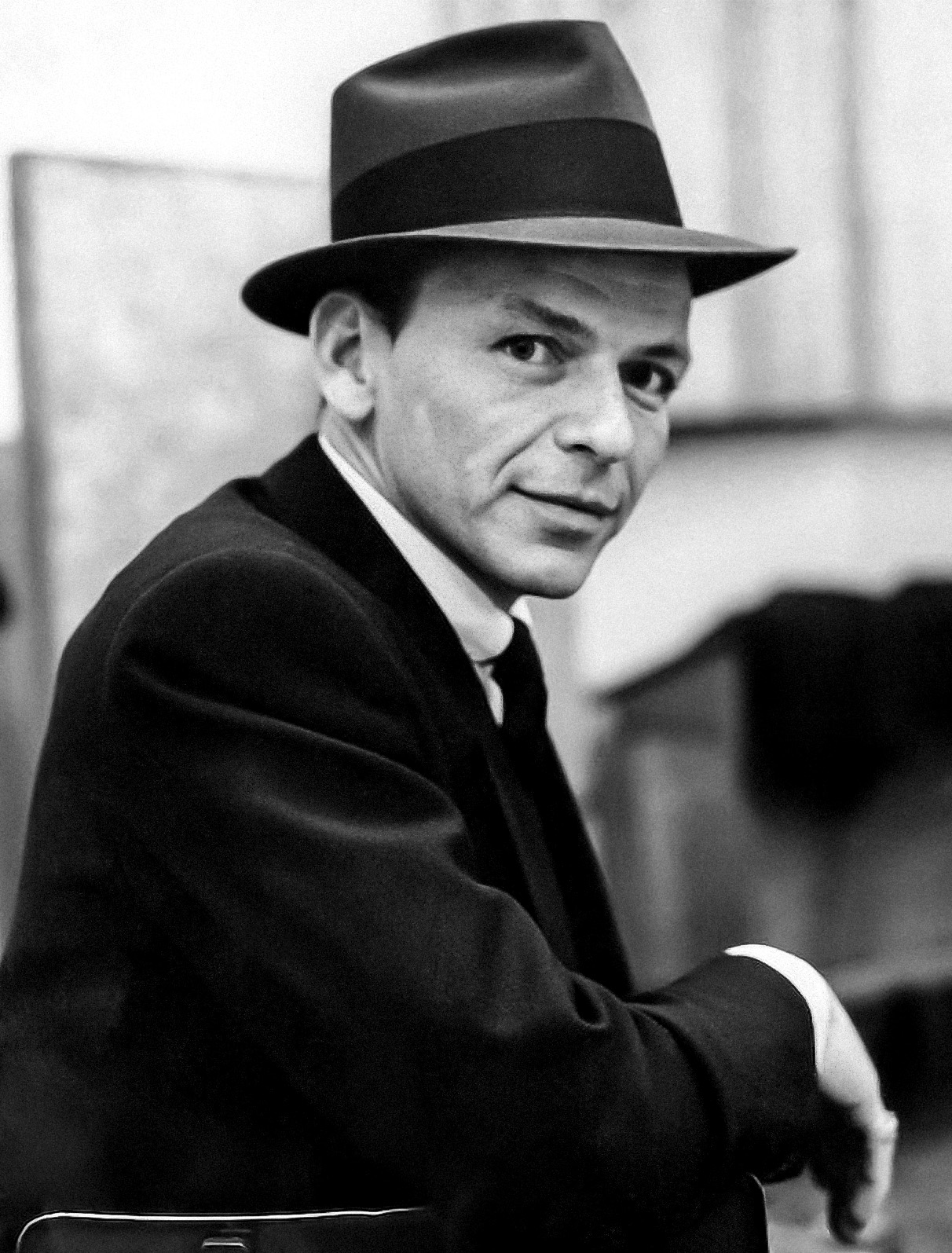 Francis Albert Sinatra, (December 12, 1915 – May 14, 1998) better known by his stage name, Frank Sinatra, was an American singer, actor and producer, considered one of the greatest artists of all time. times. He was one of the record-selling musicians with over 150 million copies worldwide. The son of Italian immigrants, he was born in the city of Hoboken, starting his musical career in the swing era in the company of musicians Harry James and Tommy Dorsey. Sinatra found fame as a solo artist after he was signed to the Columbia label in 1943, becoming the idol of the bobby soxers. He released his debut album, The Voice of Frank Sinatra, in 1946. His professional career had stopped in the early 1950s, returning to the city of Las Vegas, where he became one of the best-known artists in residence, joining the group Rat Pack. Their career was reborn with the success of the film From Here to Eternity (1953), earning them an Oscar and a Golden Globe in the category of "Best Supporting Actor". The singer released several critically lauded albums, including In the Wee Small Hours (1955), Songs for Swingin' Lovers! (1956), Come Fly with Me (1958), Only the Lonely (1958) and Nice 'n' Easy (1960). In 1960, the musician left the Capitol label to start his own, Reprise Records, releasing a series of successful albums. In 1965, he recorded the September of My Years retrospective and starred in the Emmy Award-winning television special Frank Sinatra: A Man and His Music (1965). After recording Sinatra at the Sands (1966) in Las Vegas with pianist Count Basie, the following year he recorded one of his most famous collaborations with Brazilian musician-composer Tom Jobim, through the album Francis Albert Sinatra & Antonio Carlos Jobim (1967). ). Subsequently, the next joint album was Francis A. & Edward K. (1968), with Duke Ellington. Sinatra first retired in 1971, but came out of retirement two years later, recording various material, returning to Caesars Palace and achieving success with the song "New York, New York" (1980). Using his Las Vegas shows as a base, he toured the United States and internationally until shortly before his death in 1998. In parallel to music, he built a film career. After winning an Oscar for the film From Here to Eternity (1953), he also starred in The Man with the Golden Arm (1955) and The Manchurian Candidate (1962). He appeared in several musicals such as On the Town (1949), Guys and Dolls (1955), High Society (1956) and Pal Joey (1957) — winning another Golden Globe with the latter. Towards the end of his career, he often played detectives. He would later receive the Golden Globe Cecil B. DeMille Award in 1971. On television, The Frank Sinatra Show began on the American Broadcasting Company (ABC) in 1950, continuing to make television appearances throughout the 1950s and 1960s. He was heavily involved in politics since the mid-1940s and actively campaigned for presidents such as Franklin D. Roosevelt, Harry S. Truman, John F. Kennedy, and Ronald Reagan. He was even investigated by the Federal Bureau of Investigation (FBI) for his alleged relationship with the mafia.

Francis Albert Sinatra was born on December 12, 1915, in Hoboken, New Jersey. He was the only child of Italian parents Natalina "Dolly" Garaventa and Antonino Martino "Marty" Sinatra. Born at 6.1 kg, during childbirth he had to be expelled with the help of forceps, which caused severe scarring on his cheek, neck and left ear – even damaging his eardrum. Due to his birth injuries, his baptism at the Church of San Francisco was postponed to April 2, 1916. Surgery was required on the mastoid process, leaving scars on his neck. during adolescence