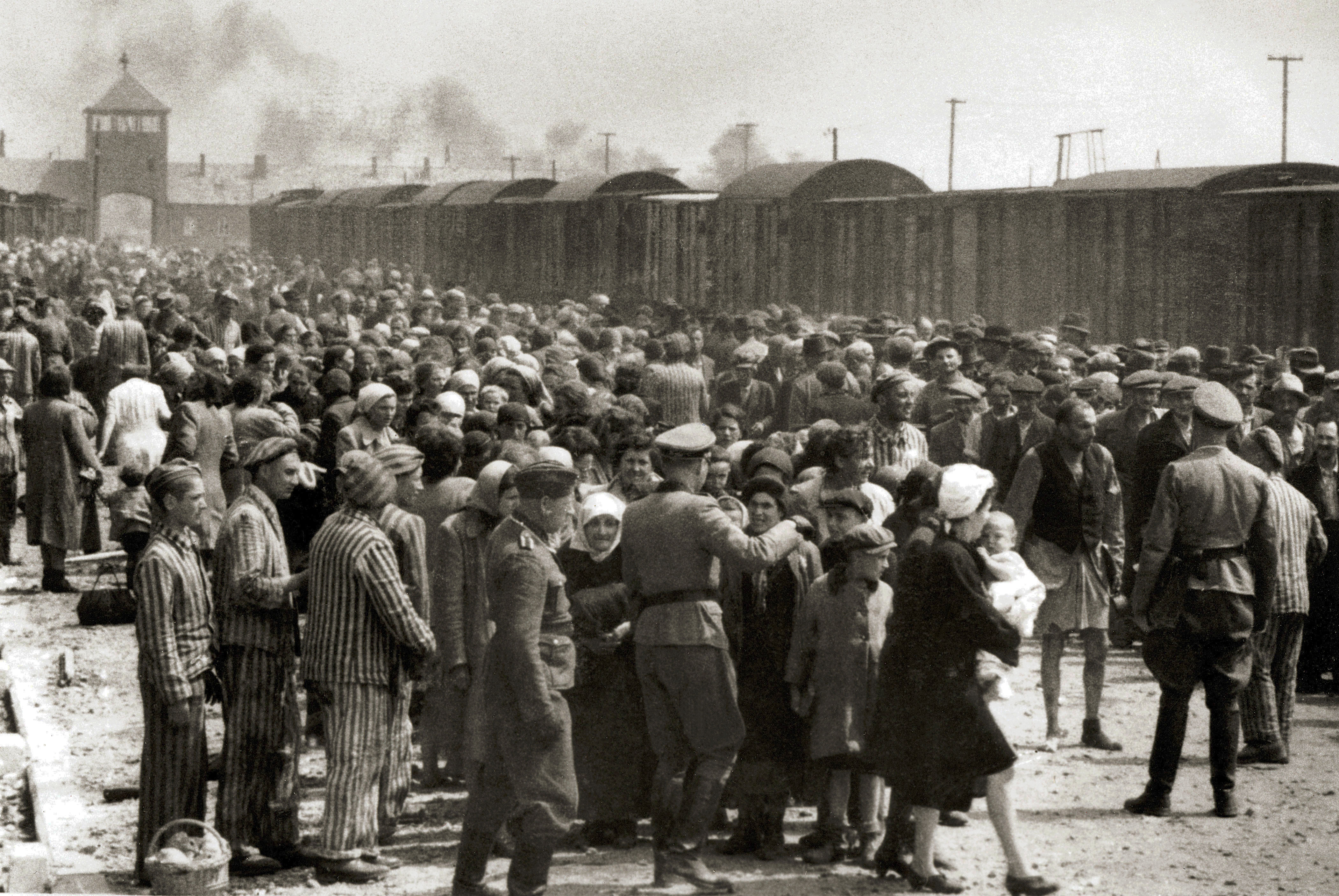 Holocaust (Greek: ὁλόκαυστος, holókaustos: ὅλος, "all" and καυστον, "burnt"), also known as Shoah (in Hebrew: השואה, HaShoah, "the catastrophe"; in Yiddish: חורבן, Churben or Hurban, from Hebrew); for "destruction"), was the genocide or mass murder of some six million Jews during World War II, in the greatest genocide of the 20th century, through a systematic program of ethnic extermination sponsored by the Nazi state, led by Adolf Hitler and by the Nazi Party and which took place throughout the Third Reich and in the territories occupied by the Germans during the war. Of the nine million Jews who resided in Europe before the Holocaust, about two-thirds were killed; more than one million children, two million Jewish women and three million men died during the period. While there is still debate over the use and scope of the term "Holocaust" (see below), the Nazi genocide against the Jews was a part of it. of a broader set of acts of oppression and aggregate mass murders committed by the Nazi government against various ethnic, political and social groups in Europe. Among the main non-Jewish victims of the genocide are Roma, Poles, Communists, homosexuals, Soviet POWs, Jehovah's Witnesses, and the physically and mentally handicapped. According to recent estimates based on figures obtained since the fall of the Soviet Union in 1991, a total of about eleven million civilians (mainly Slavs) and prisoners of war were intentionally killed by the Nazi regime. A network of more than forty thousand installations in Germany and in Nazi-occupied territories it was used to concentrate, hold, exploit and kill Jews and other victims. The persecution and genocide were carried out in stages. Several laws to exclude Jews from civil society—most notably the Nuremberg Laws of 1935—were enacted in Germany before the outbreak of World War II in Europe. Concentration camps were created and prisoners sent there were subjected to slave labor until they died of exhaustion or illness. When Germany occupied new territory in Eastern Europe, specialized paramilitary units called the Einsatzgruppen murdered more than a million Jews and political opponents through mass shootings. The Germans confined Jews and Gypsies in overcrowded ghettos, until they were transported by freight trains to death camps, where, if they survived the journey, most were systematically killed in gas chambers. Every branch of the German bureaucracy was involved in the logistics that led to the extermination, causing some to classify the Third Reich as a "genocidal state". In 2007, a law sanctioned by the European Union (EU) that punishes with prison who denies the Holocaust. In 2010, the EU also created the European EHRI (European Holocaust Research Infrastructure) database to research and unify files on the genocide. The United Nations (UN) has commemorated Holocaust victims since 2005, by making January 27 the International Day of Holocaust Remembrance, as the day on which the prisoners at the Auschwitz concentration camp were released.

Etymology and use of the term