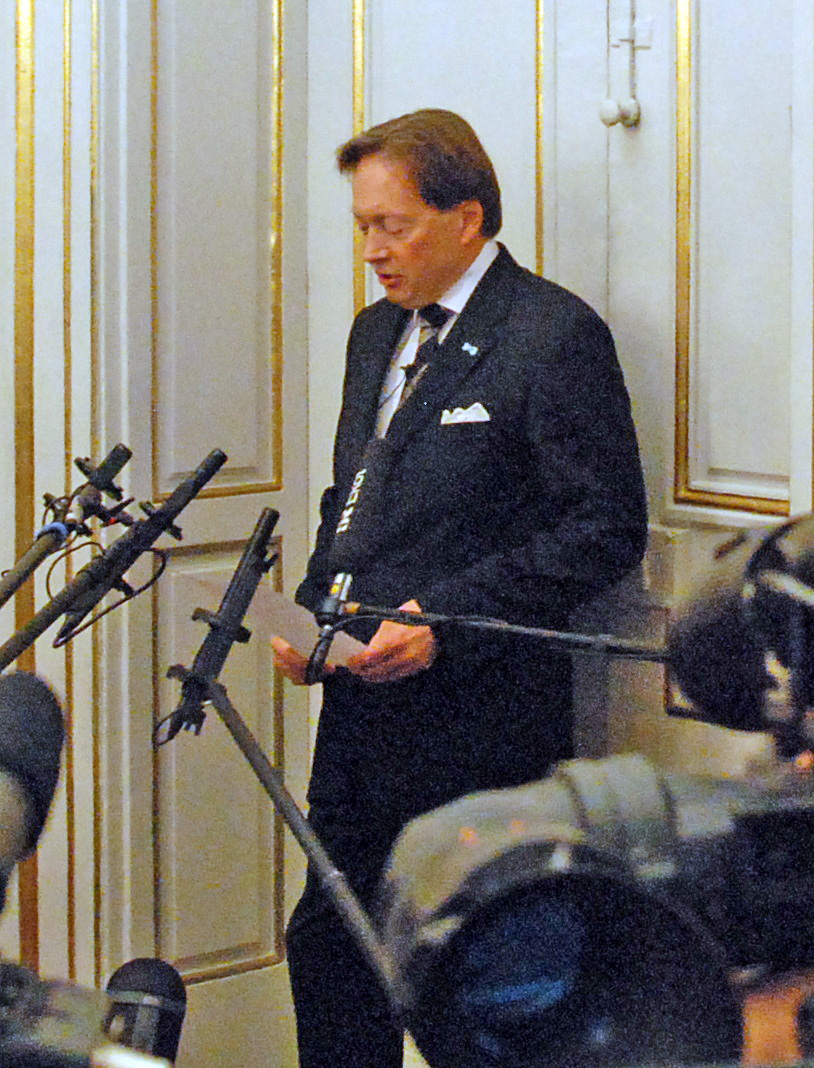 The Nobel Prize for Literature (in Swedish: Nobelpriset i litteratur) is awarded annually by the Swedish Academy to authors who have made outstanding contributions to the field of literature. It is one of five Nobel Prizes created as a result of the wish expressed by Alfred Nobel's will in 1895, awarded for outstanding contributions in chemistry, physics, literature, peace and physiology or medicine. According to the writings of the will, the prize is administered by the Nobel Foundation and awarded by a committee consisting of 5 members elected by the Swedish Academy. The first Nobel Prize for Literature was awarded in 1901 to the Frenchman Sully Prudhomme. Each laureate receives a medal, a diploma and a monetary award that varies over the years. In 1901, Prudhomme received 150,782 crowns, the equivalent of 8,823,637.78 crowns in January 2018, while 2017 laureate Kazuo Ishiguro received the sum of eight million crowns. The prize is presented in Stockholm at an annual ceremony on December 10, the anniversary of Nobel's death. Until 2020, the Nobel Prize for Literature has been awarded to a total of 117 individuals. Upon receiving the award in 1958, Boris Pasternak was forced to publicly refuse it under pressure from the government of the Soviet Union. In 1964, Jean-Paul Sartre announced that he would not like to accept a Nobel, continuing his practice of refusing all official honors he receives. However, the Nobel committee does not recognize the denials and includes Pasternak and Sartre in its list of laureates. Sixteen women have received the Nobel Prize for Literature, more than any other Nobel Prize except for Peace. Literature, there were four moments in which the prize was given to two people (1904, 1917, 1966, 1974). In seven years, the prize was not awarded (1914, 1918, 1935 and from 1940 to 1943). The country with the highest number of laureates is France (15), followed by the United States (12) and the United Kingdom (11). The only South Americans to win the award were Chileans Gabriela Mistral (1954) and Pablo Neruda (1971), Colombian Gabriel Garcia Márquez (1982) and Peruvian Mario Vargas Llosa (2010). The only Portuguese-speaker to receive the award was José Saramago (1998).

The list below refers to the nationalities of the 117 laureates at the time of the award. JM Le Clézio and Mario Vargas Llosa had dual nationality at the time they received the Nobel, therefore appearing twice in the following list.

The list below refers to the nationalities of the 117 laureates by 2020. Rabindranath Tagore, Samuel Beckett, and Joseph Brodsky wrote in two different languages, thus appearing twice in the following list.