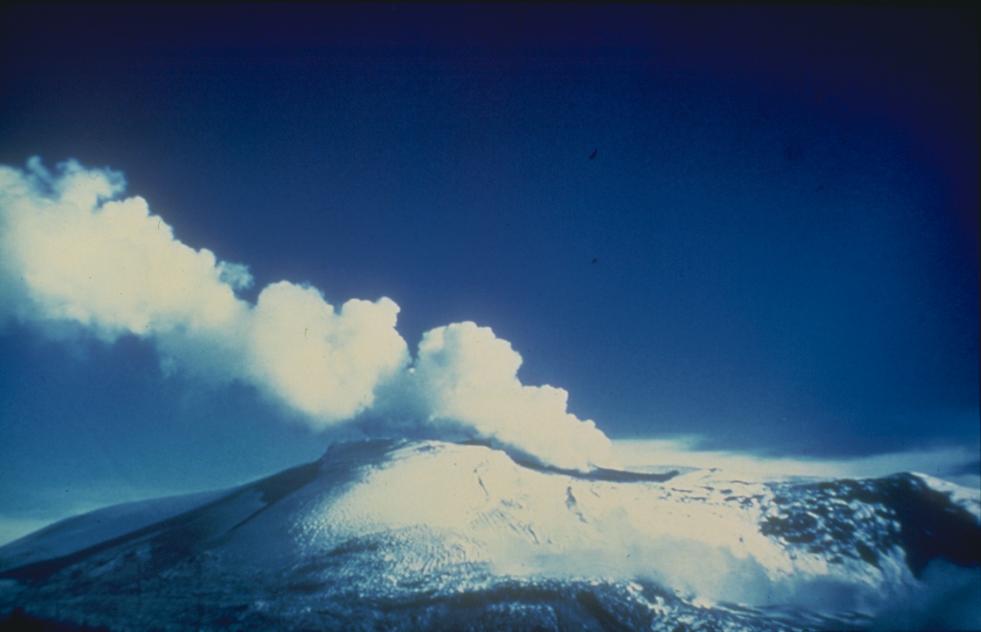 Nevado del Ruiz is a snowy volcano (at its summit it has eternal snow despite being active), located in the Cordillera Central, in Colombia, in the areas of Caldas and Tolima. It reaches an altitude of 5,321 meters at the summit. It is the northernmost and largest of this volcanic chain. It is a stratovolcano composed of several layers of lava alternating with hardened volcanic ash and other pyroclasts, originated in the tertiary period, currently active, with fumaroles and ash emissions. Its activity dates back two million years, from the late Pleistocene or late Pliocene. The last major eruption occurred in 1985 and caused the destruction of the municipality of Armero, causing around 25,000 deaths. The main symbol of the Armero tragedy was Omayra Sánchez, a girl who died for 60 hours in front of television cameras around the world. In general, its eruptions are of the Plinian type, giving rise to rapid currents of hot gases and rocks called pyroclastic flows. Such massive eruptions can trigger lahars (sludge and debris avalanches), a serious threat to human life and the environment.