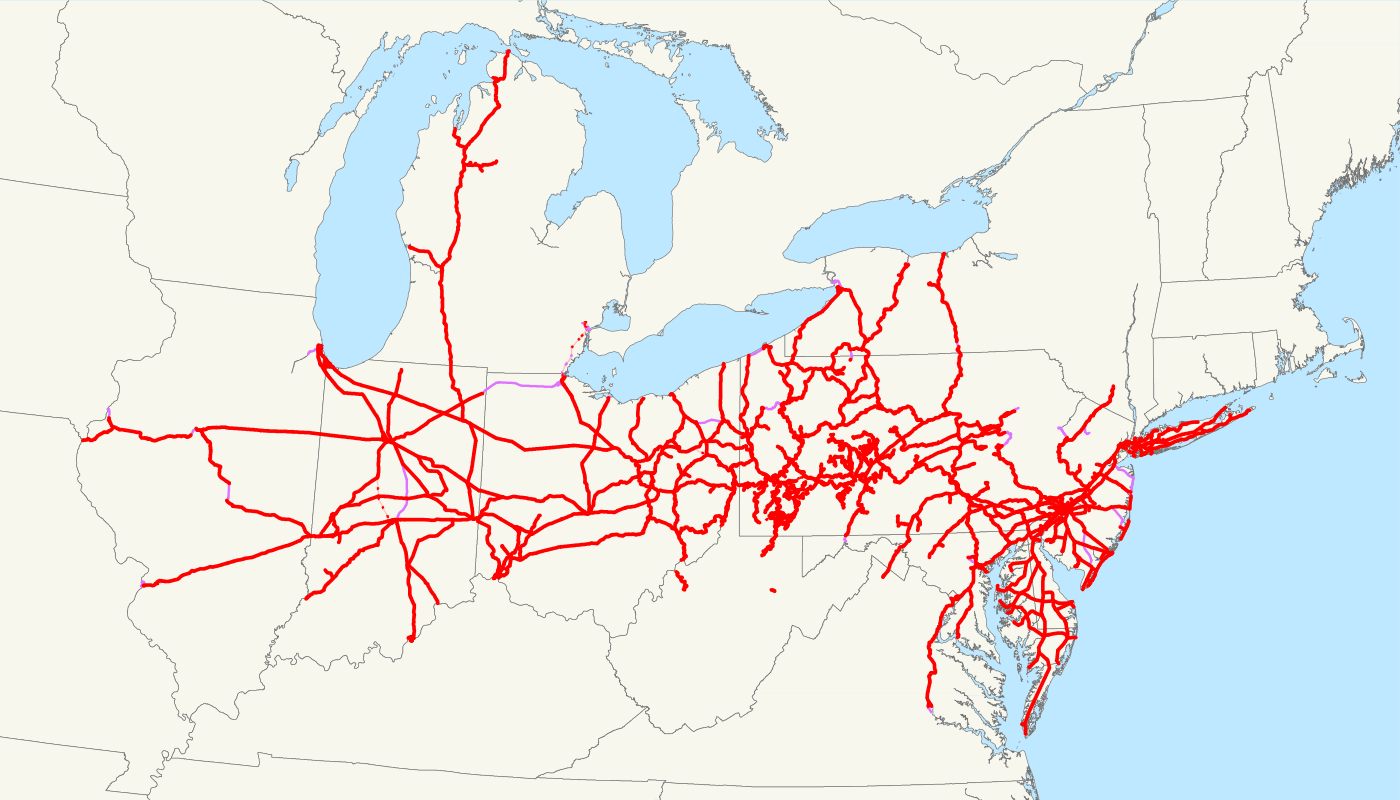 The Pennsylvania Railroad (PRR), also known as Pennsy, was an American railroad operator. With its history going back to the 1830s, the railroad initially operated in Pennsylvania, and expanded through the lease or purchase of other railroads. In its heyday, the company operated a 16,000-kilometer network connecting the east coast of the United States with its interior. between the state capital, Harrisburg, and Pittsburgh. The construction of the railway officially started in 1847 and in 1850 a section had already been opened. By 1852 the original route had been completed and the first train had covered the distance between Steel City and Philadelphia on December 10, 1852. The purchase of the Mount Joy & Lancaster Railroad in 1848 made it possible for the railroad to operate as far as Philadelphia. After the completion of the Horseshoe Bend in 1854, the company flourished. At this time, the company began to expand through the purchase of other railroads, being the first major railroad to arrive in Chicago. The railroad acquired several other railroads as part of its midwestern expansion. The company also expanded eastward, helping to form what is now known as the Northeast Corridor (NEC). In the early 20th century, the company, under a new presidency, sought to address the company's last weakness: access to the Manhattan. As part of its plan to connect New York to the rail network, PRR acquired the Long Island Rail Road in 1900 and the following year the project for the former Pennsylvania Station began. Six tunnels were built to connect Manhattan: two below the Hudson to connect the new terminal with the company's New Jersey line and four below the East to connect the new station to LIRR. The company's large station opened in 1910. After World War II, traffic began to decline and the company recorded its first loss in 1946. Because of the crisis, PRR began considering a proposed merger with its rival, New York Central in 1957. The merger was approved and the Penn Central Transportation Company was born in 1968. The situation had worsened and Penn Central was losing $1 million a year, after just two years, the company declared bankruptcy.