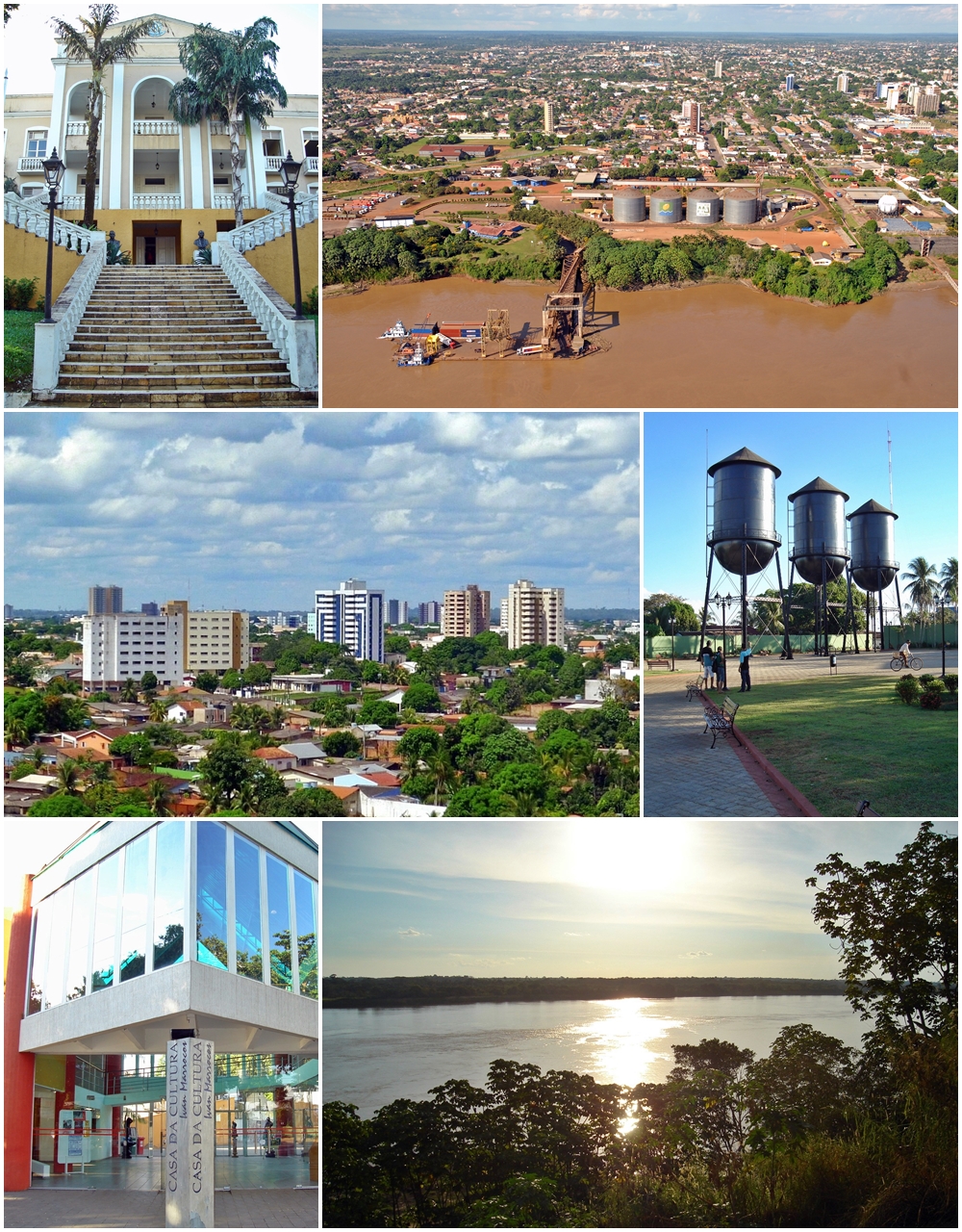 Porto Velho is a Brazilian municipality and the capital of the state of Rondônia. With a population of 548,952 inhabitants, according to estimates by the Brazilian Institute of Geography and Statistics (IBGE/2020), it is the most populous municipality in Rondônia and the third most populous in the North Region, after Manaus and Belém. Brazilians is the 46th most populous, appearing in the same year as the 21st state capital in the country with the most inhabitants. With an area of ​​34,090.95 km², Porto Velho is the largest state capital in the country, being larger than even two Brazilian states (Alagoas and Sergipe), in addition to surpassing entire countries such as Belgium and Israel. It is also the most populous border municipality in Brazil and the only state capital whose territory borders another country, this being Bolivia. Located on the east bank of the Madeira River, in the North Region of Brazil, Porto Velho was founded by the American company Madeira Mamoré Railway Company on July 4, 1907, during the construction of the Madeira-Mamoré Railway, commanded by the American magnate Percival Farquhar. On October 2, 1914, it was legally created as a municipality of Amazonas, becoming the capital of the state of Rondônia in 1943, when the Federal Territory of Guaporé was created. In 1956, the territory was renamed Rondônia, being elevated to the category of state (subdivision) on January 4, 1982. In economic terms, the city has the fourth largest GDP in the North Region, after Manaus, Belém and Parauapebas. , in addition to being the state capital that grew the most economically in the country, with a GDP growth of 30.2% in 2009. In 2018, Porto Velho's GDP was estimated at R$ 16.6 billion.

Porto Velho was created by explorers around 1907, during the construction of the Madeira-Mamoré Railway. It is located on the banks of the right bank of the Madeira River, the largest tributary on the right bank of the Amazon River. Since the middle of the century. XIX, in the first movements to build a railroad that would make it possible to overcome the waterfalled stretch of the Madeira River (about 380 km) and to release the rubber produced in Bolivia and in the region of Guajará Mirim, the location chosen for the construction of the port where the rubber would be transported to the ships, then to Europe and the USA, was Santo Antônio do Madeira, in the province of Mato Grosso. The difficulties of building and operating a river port, in front of the rocks of the Santo Antônio waterfall, made builders and shipowners use the small Amazonian port located 7 km below, in a much more favorable location. On 15/01/1873, Emperor Pedro II signed Decree-Law No. 5024, authorizing merchant ships from all nations to sail up the Madeira River. As a result, modern berthing facilities were built in Santo Antônio, which became known as Porto Novo. The military's old port continued to be used for its greater security, despite operational difficulties and the distance to S. Antônio, EFMM's starting point. Percival Farquar, owner of the company that finally managed to complete the railroad in 1912, since 1907 he used the old port to unload materials for the work and, when he decided that the starting point of the railroad would be that (already in the province of Amazonas), he became the true founder of the city that, when it was finally made official by the Amazonas Assembly, was given the name Porto Velho. After the completion of the EFMM work in 1912 and the removal of the workers, the local population was about 1,000 souls. So the biggest of all the neighborhoods was where the Barbadians lived - Barbadoes Town - built on the railroad concession area. The dwellings housed mainly black workers from the British Caribbean Islands, generically called Barbadians. There they resided, for they came with