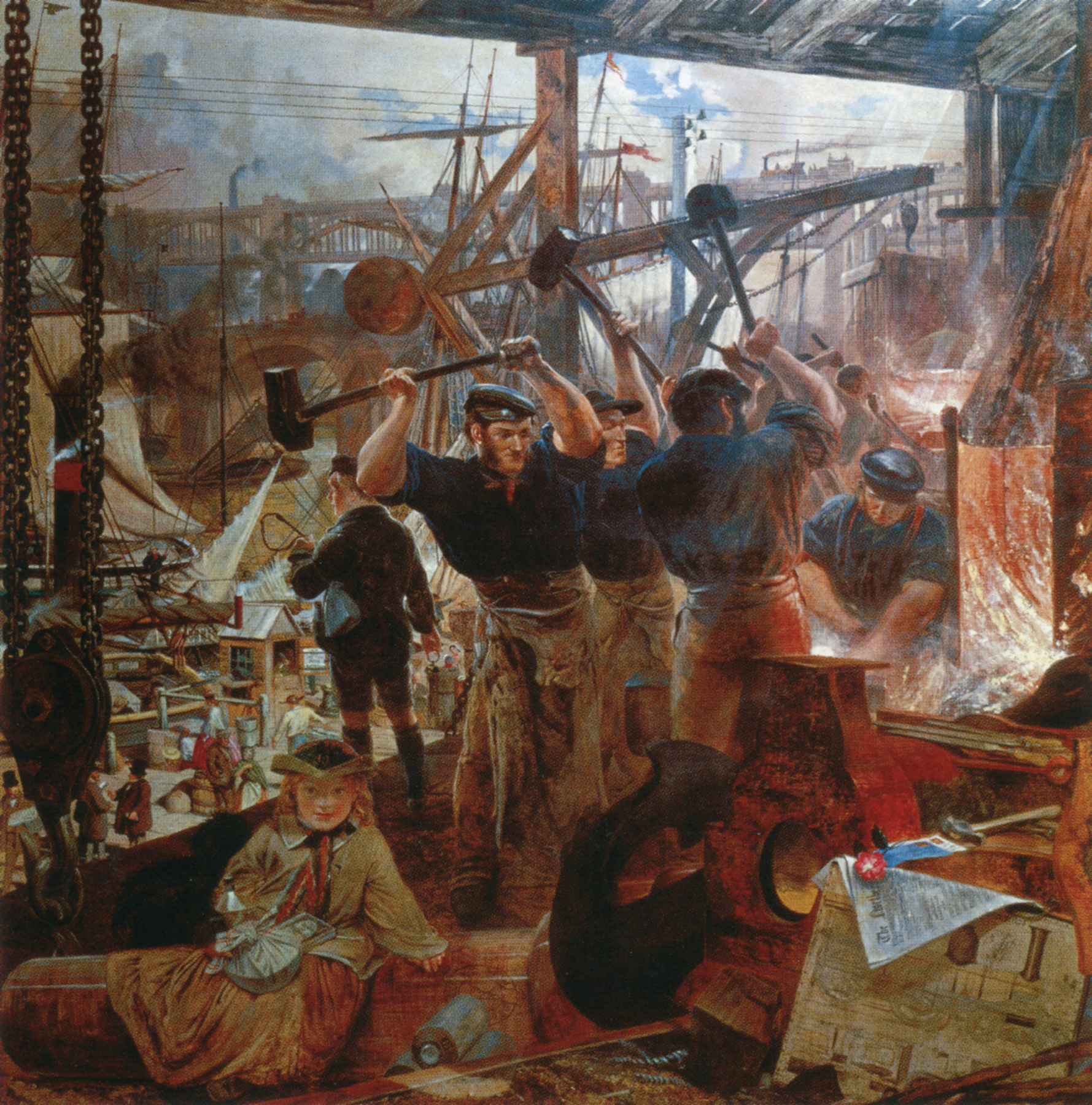 Industrial Revolution was the transition to new manufacturing processes in the period between 1760 to sometime between 1820 and 1840. This transformation included the transition from artisanal production methods to machine production, the manufacture of new chemicals, new production processes of iron, greater efficiency of water energy, the increasing use of steam energy and the development of machine tools, in addition to the substitution of wood and other biofuels for coal. The revolution began in England and within a few decades spread to Western Europe and the United States. The Industrial Revolution is a watershed in history and almost every aspect of everyday life at the time was influenced in some way by this process. The population began to experience sustained growth without historical precedent, with a good average income. In the words of Nobel Prize winner Robert E. Lucas Jr.: "For the first time in history the standard of living of ordinary people began to undergo sustained growth... Nothing remotely like this economic behavior is mentioned by classical economists, even as a theoretical possibility." The beginning and duration of the Industrial Revolution vary with different historians. Eric Hobsbawm considers that the revolution "exploded" in Britain in the 1780s and was not fully realized until the 1830s or 1840s, while T. S. Ashton considers it to have occurred approximately between 1760 and 1830. Some 20th century historians, like John Clapham and Nicholas Crafts, have argued that the process of economic and social change took place gradually and that the term "revolution" is misleading. This is still a matter of debate among historians. Per capita GDP was largely stable before the Industrial Revolution and the rise of the modern capitalist economy. The revolution ushered in an era of strong economic growth in capitalist economies and there is a consensus among economic historians that the beginning of the Industrial Revolution is the most important event in human history since the domestication of animals and agriculture. The First Industrial Revolution evolved into the Second Industrial Revolution, in the transition years between 1840 and 1870, when technological and economic progress gained momentum with the increasing adoption of steamboats, ships, railroads, large-scale manufacturing of machinery, and the increase in of the use of factories that used steam energy.

Before the Industrial Revolution, productive activity was artisanal and manual (hence the term manufacturing), at most with the use of a few simple machines. Depending on the scale, groups of artisans could organize themselves and divide up some stages of the process, but often the same artisan took care of the entire process, from obtaining the raw material to the commercialization of the final product. These works were carried out in workshops in the homes of the artisans themselves and the professionals of the time dominated many (if not all) stages of the production process. It was the domestic system, or putting-out. With the Industrial Revolution, workers lost control of the production process, since they started to work for a boss (as employees or workers), losing possession of the raw material, the final product and the profit. These workers began to control machines that belonged to the owners of the means of production, which began to receive all profits. The work carried out with the machines became known as machinofatura. This moment of passage marks the culmination of a technological, economic and social evolution that had been taking place in Europe since the Late Middle Ages, with emphasis on countries where the Protestant Reformation had succeeded.