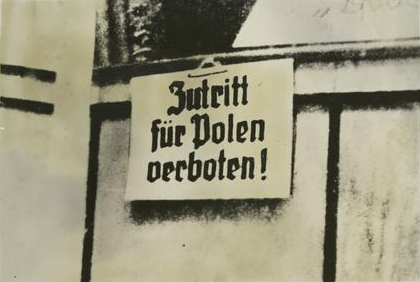 Racial segregation is the impediment, based on ethnic origin (or “race”), from enjoying the rights available to all members of a given society. This form of social discrimination can be institutionalized by the State or it can be the result of the attitudes of a part of the population. In any case, it's a radical form of racism. Social discrimination institutionalized by the state happened in South Africa, with apartheid; in the United States, with the Jim Crow Laws or the Anti-Mixing Laws; in Australia, by banning aborigines from living on land reserved for whites, and later by forcibly withdrawing mixed-race children to so-called "education centers" and then forced to marry whites.

Racial segregation can manifest itself when people of a certain “race”, or “races” different from the dominant group, are prevented or discouraged from going to public places, such as restaurants, cinemas, transport or even from living in certain neighborhoods. Or it can take forms that violate the laws of the country, when people of certain “races” are not entitled to the same legal treatment, as is still the case in certain parts of the United States. Until the 1960s, African Americans did not have the right to vote, were socially segregated, and made up the poorest portion of the American population.