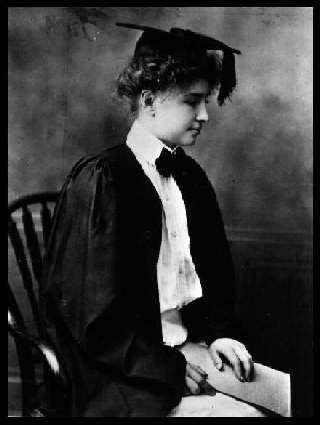 Deafblindness is the total or partial inability to hear and see simultaneously. As in the case of deafness, deaf-blindness can be identified with the culture of the people who belong to this group. In terms of common sense, when talking about someone who is deaf-blind, the world reference was the North American Helen Keller and her teacher Anne Sullivan, as a success story in the challenge of living without sight and hearing. Most people with deafblindness still have limitations in other areas.

Deaf-blindness is the deficiency, in varying degrees, of the senses of hearing and vision; that is, the deaf-blind person can see or hear at small levels, depending on the case. Based on McInnes' studies, in order to classify someone as deaf-blind, it is necessary that this individual does not have enough vision to compensate for the hearing loss, or vice versa, that he does not have enough hearing to compensate for the lack of vision. Several authors (such as Writer, Freeman, Wheeler & Griffin, McInnes) defend deafblindness as unique, not as the sum of two sensory impairments. According to Miles and Riggio's sensory point of view, deaf-blind people can be: profound deaf and blind individuals; individuals who are deaf and have poor eyesight; individuals with low hearing who are blind; individuals with some sight and hearing.

History of the education of the deaf-blind

Victorine Morriseau is considered to be the first formally educated deaf-blind person in Paris (1789), so France was a pioneer in the formal institution for this population in Europe. the Hartford Asylum for the Deaf and Dumb, in 1822, having learned to communicate by gestures (there is, however, no record of learning to read and write). States, influenced and contributed to the development of educational programs in several countries, such as Germany, in 1887. Laura's education included the use of typing skills to transmit the knowledge of reading and writing. by Helen Keller, who was educated from age seven in 1887 by teacher Anne Mansfield Sullivan, who was partially blind. Prior to her formal education, Keller exhibited aggressive behaviors such as kicking, pinching people, pushing, hitting, clumsy and refusing to be guided. Keller says she "had to be dragged to her first class; she didn't understand obedience and didn't appreciate kindness." Due to this behavior, the teacher chose to start the education by teaching the spelling of the digitological alphabet in the palm of the hand, relating the word to the action, and/or vice versa. For three years Keller learned this alphabet, thus being able to distinguish several nouns, then adjectives, then verbs. However, for Helen, the words held no connection. Only gradually did the student begin to ask some simple questions; she started to control her impulses and be accepted socially. With Keller, the adapted teaching procedure consisted of awakening in her an interest in knowing and admiring nature. Eugenio Malossi, deaf-blind at the age of two due to meningitis, was educated in Italy by a teacher who taught him crafts and mechanics. He also learned several languages ​​and the Braille system. Olga Ivanova became blind, deaf and paralyzed at the age of four. She holds a PhD in Psychology and Pedagogical Sciences. As a rule, all successful cases in the formal education process reported in the conventional literature are of individuals who lost sight and hearing after language acquisition and whose deaf-blindness was due to smallpox, meningitis, syndromes or trauma. In the 1960s, van Dijk (1968) initiated, in the Netherlands,