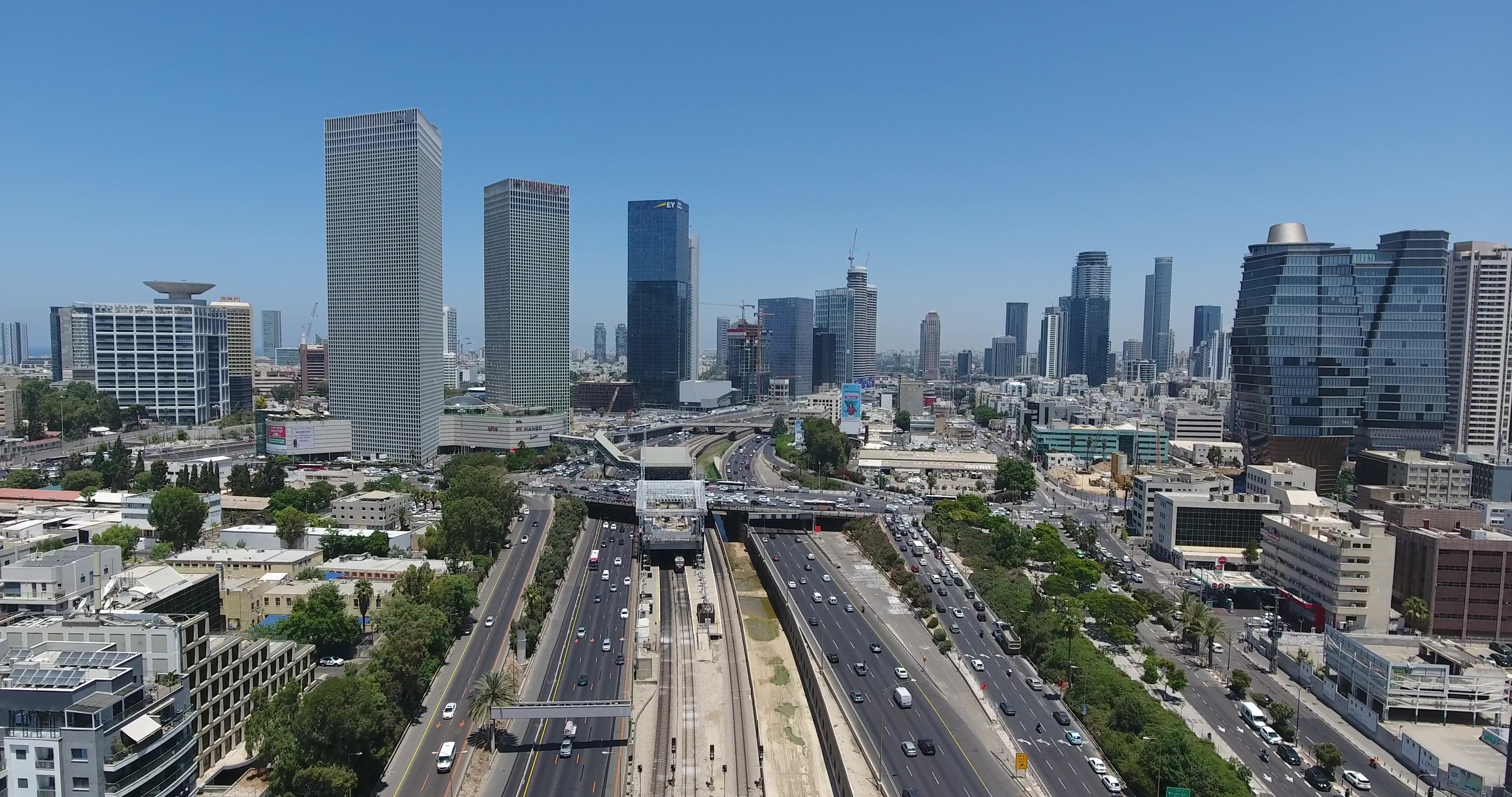 Tel Aviv-Yafo (Hebrew: תֵּל־אָבִיב-יָפוֹ; Arabic: تل أبيب, Tēl ʼAbíb) commonly called Tel Aviv or Tel Aviv, is Israel's second largest city and sometimes referred to as the de facto and internationally recognized capital of Israel, when in fact, the city is just the economic capital of Israel, with an estimated population in 2011 of 405 000 inhabitants. The city is located on the Mediterranean coast of Israel, with an area of ​​51.8 square kilometers. It is the largest and most populous city in the Gush Dan metropolitan area, home to 3.15 million people (2008). The city is governed by the Tel Aviv-Yafo Municipality, run by Ron Huldai. Tel Aviv was founded by a Jewish community in 1909 on the outskirts of the ancient Arab port city of Jaffa (Hebrew: יָפוֹ, Yafo; Arabic: يافا, Yaffa ). Tel Aviv's growth soon overtook Jaffa, which had an Arab majority at the time. Tel Aviv and Jaffa were merged into a single municipality in 1950, two years after the creation of the State of Israel. The White City of Tel Aviv, which was designated a UNESCO World Heritage Site in 2003, has the world's largest concentration of Bauhaus-style buildings. Tel Aviv is an important economic center, home to the Tel Aviv Stock Exchange, as well as offices corporations and research and development centers. The city is the financial capital of the country and one of the main financial and performing arts centers. Tel Aviv has the second largest economy in the Middle East after Dubai and is the 31st most expensive city in the world. With 2.5 million international visitors a year, Tel Aviv is the fifth most visited city in the Middle East and Africa. It is known as "the city that never sleeps" and as the "party capital" due to its vibrant nightlife, youthful atmosphere and 24-hour cultural life.

The name Tel Aviv (literally "Spring Hill") was chosen in 1910 from many suggestions, including "Herzliya". Tel Aviv is the Hebrew title of the book by Theodor Herzl Altneuland, translated from German by Nahum Sokolow. Sokolow took his name from the Book of Ezekiel: "So I came to them from captivity in Tel Aviv, who lived by the river Khabur, and where they lived, and I sat crushed among them seven days ago." This name was found placed and embraced the idea of ​​the rebirth of the ancient Jewish homeland. Aviv is Hebrew for "Spring", it symbolizes renewal, and tel is an archaeological site that reveals layers of one civilization built on top of another. Theories about etymology may vary between Jaffa or Yafo in Hebrew. Some believe the name derives from yafah or yofi, Hebrew for "beautiful" or "beauty". Another tradition is that Japheth the son of Noah founded the city and that it was named for him.

From 1196 to the 16th century, the area where the city is located was under Arab rule, until it was annexed by the Ottoman Empire. In 1799 it was conquered by Napoleon Bonaparte and in the First World War it was reconquered by British troops. The occupation of the area began in 1880, north of the city of Jaffa, where the areas then owned by the Arabs were relatively expensive. In the year 1909 the city was founded with the name of Ahuzat Bayit, with the intention of just being a dormitory city, and later it was renamed Tel Aviv. However, around 1921 there were problems between the Arab and Jewish communities in Jaffa, which culminated in the creation of Tel Aviv's business district, which gave the city its first moment of rapid population growth. The master plan was implemented in 1925 by the then mayor Meir Dizengoff, today remembered in the most important avenue of this city. The population of Israel as a whole, and therefore that of Tel Aviv as well, grew a lot with immigration after the rise of Adolf Hitler and the Nazis to power in Germany.