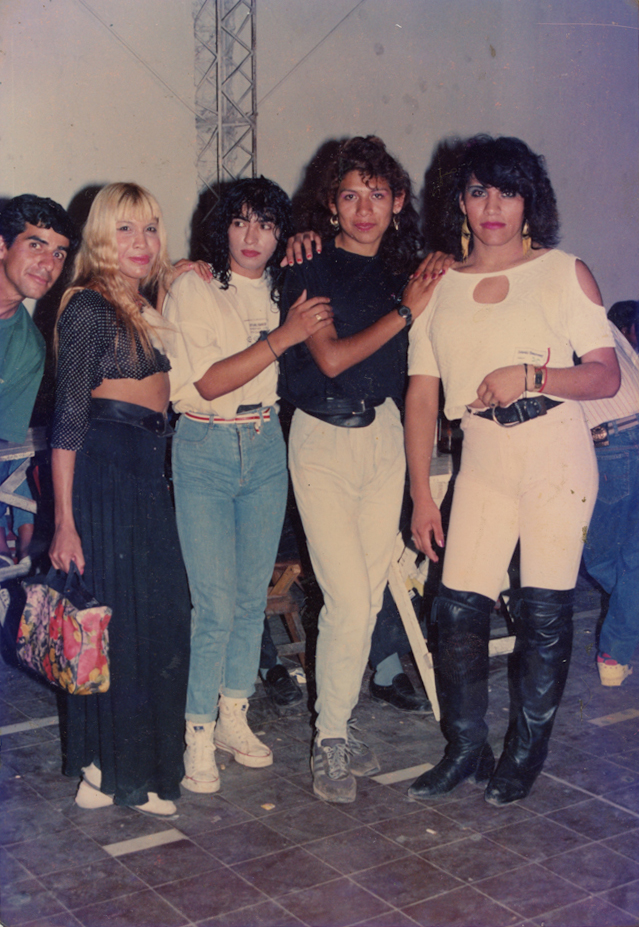 Transvestility, referring to transvestite people, is a gender expression that differs from the one assigned to the person at birth, assuming, therefore, a gender role different from that of the origin of their birth, which aims to transition to a different expression. In most of its expressions, transvestility manifests itself in designated males at birth, but who aim at the construction of the feminine, through their clothes and may or may not include aesthetic and surgical procedures. According to Jaqueline Gomes de Jesus, The transvestite category is older than the transsexual category, as this category existed before medical advances, such as synthetic hormones and plastic surgeries currently responsible for the morphological change and no longer just a change in clothing as in the past, as it is an older idea, it is more used in popular habit. This greater use, however, is marked by prejudice, since the meaning used is, most of the time, pejorative. For this author, most transvestites prefer to be treated as female, considering it insulting to be adjectived as male, therefore, these should be referred to as transvestites and not transvestites, depending on the case, for example. Thus, transvestites can be defined as people designated as men at birth, but who experience a feminine gender role, being able to recognize themselves as trans women or members of a third gender or non-gender as agender, non-binary identity.

Drag queens or drag kings are performance artists who dress up or cross-dress as a woman (d. queen) or a man (d. king) in a comical or exaggerated manner, with a generally professional artistic intention.

Eonists are people who value the sense of disguising themselves, of "passing" as if they were female. The term Eonism or Eonist comes from the French secret agent Chevalier d’Eon who for many years passed himself off as a woman. The sense of disguise associated with transvestility and aeonism (Eon+ism) is probably due to this secret agent.

Transformist is a person who usually wears clothes of the opposite sex with essentially artistic-commercial purposes, without such an attitude necessarily interfering with their gender identity or sexual orientation.

Transsexual is a person who is the opposite gender of the one who was assigned at birth. It differs from transgender people when seeking aesthetic and hormonal treatments, although this distinction is a matter of debate, and there is no consensus in the community itself. Transsexuals were seen as having a congenital intersex neurological condition formerly called Harry Benjamin Syndrome, which causes gender dysphoria. This notion, however, is considered outdated and generalist (see transmedicalism).

The oldest studies indicate the frequency of male transvestility and transsexuality in 1 in 37 000 men and 1 in 107 000 women. In a more recent study, carried out in the Netherlands, the data point to