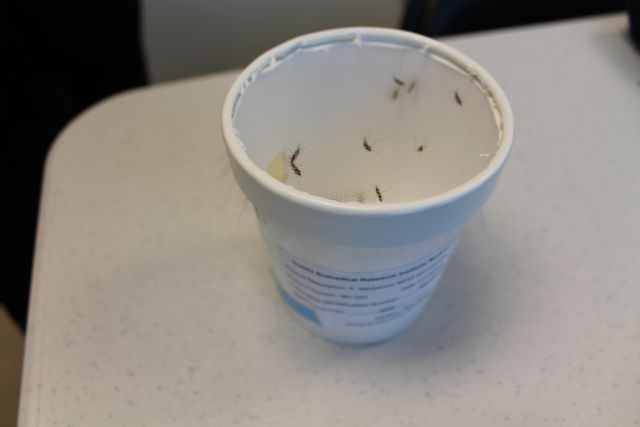 The malaria vaccine is a vaccine designed to prevent malaria, a parasitic disease transmitted by infected females of the Anopheles mosquito. The only vaccine approved as of 2015 is RTS,S, known by the trade name Mosquirix. It requires four injections and is relatively low in effectiveness. Due to this low efficacy, the World Health Organization (WHO) does not recommend the routine use of the RTS,S vaccine in infants between 6 and 12 weeks of age. A WHO-led implementation program is testing the vaccine in three high countries. malaria index in Africa in 2019. The first phase of the project, covered by grants from Unitaid, Gavi and the Global Fund, is planned to establish the feasibility, impact and safety of the RTS,S when used as part of a program of routine immunization. Research continues with recombinant proteins and attenuated vaccines for the whole organism.

RTS,S (developed by the PATH Malaria Vaccine Initiative (MVI) and GlaxoSmithKline (GSK) with support from the Bill and Melinda Gates Foundation) is the most recently developed recombinant vaccine. It consists of the P. falciparum circumsporozoite protein (CSP) from the pre-erythrocytic phase. The CSP antigen causes the production of antibodies capable of preventing the invasion of hepatocytes and, in addition, it provokes a cellular response that allows the destruction of infected hepatocytes. The CSP vaccine had problems in trials due to its low immunogenicity. RTS,S tried to prevent them by fusing the protein with a hepatitis B surface antigen, thus creating a more potent and immunogenic vaccine. When tested in trials with an oil-in-water emulsion and the adjuvants added with monophosphoryl A and QS21 (SBAS2), the vaccine gave protective immunity to 7 out of 8 volunteers when challenged with P. falciparum.RTS,S/AS01 (tradename Mosquirix) was designed using genes from the foreign protein of the malaria parasite P. falciparum and a portion of a hepatitis B virus, in addition to a chemical adjuvant to enhance the immune response. Infection is prevented by inducing high titers of antibodies that prevent the parasite from infecting the liver. In November 2012, a phase III study of the RTS,S found that it provided modest protection against clinical and severe malaria in young children. As of October 2013, preliminary results from a phase III clinical trial indicated that the RTS,S/ AS01 reduced the number of cases among young children by nearly 50% and among infants by around 25%. The study ended in 2014. The effects of a booster dose were positive, although the overall effectiveness seems to diminish over time. After four years, the reductions were 36% in children who received three doses and a booster dose. The lack of the booster dose reduced the effectiveness against severe malaria to a negligible effect. The vaccine was less effective for babies. Three doses of the vaccine plus a booster reduced the risk of clinical episodes by 26% over three years, but did not offer significant protection against severe malaria. In an attempt to accommodate a larger group and ensure sustained availability to the general public, GSK applied for a marketing license with the European Medicines Agency (EMA) in July 2014. GSK treated the project as a non-profit initiative , with the majority of funds coming from the Gates Foundation, a major contributor to the eradication of malaria. On July 24, 2015, Mosquirix received a positive opinion from the EMA on the proposed vaccine to be used to vaccinate children aged 6 weeks to 17 months outside the European Union. In October 2021, the vaccine was approved by the World Health Organization (WHO) for "wide use" in children, making it the first malaria vaccine candidate to receive this recommendation.