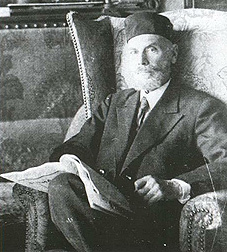 Academician - a member or, with several levels of membership, a member of the highest level of the organization of scientists - the Academy of Sciences. A synonym for the word "academician" is the phrase "full member of the academy". The privileges and obligations associated with membership, as well as the measure of respect for an academician, depend on the authority of the academy that elected him. As an external attribute, in all countries where there are academies of sciences, there are academic gowns and caps (see photo).

Academicians of State Academies of Russia