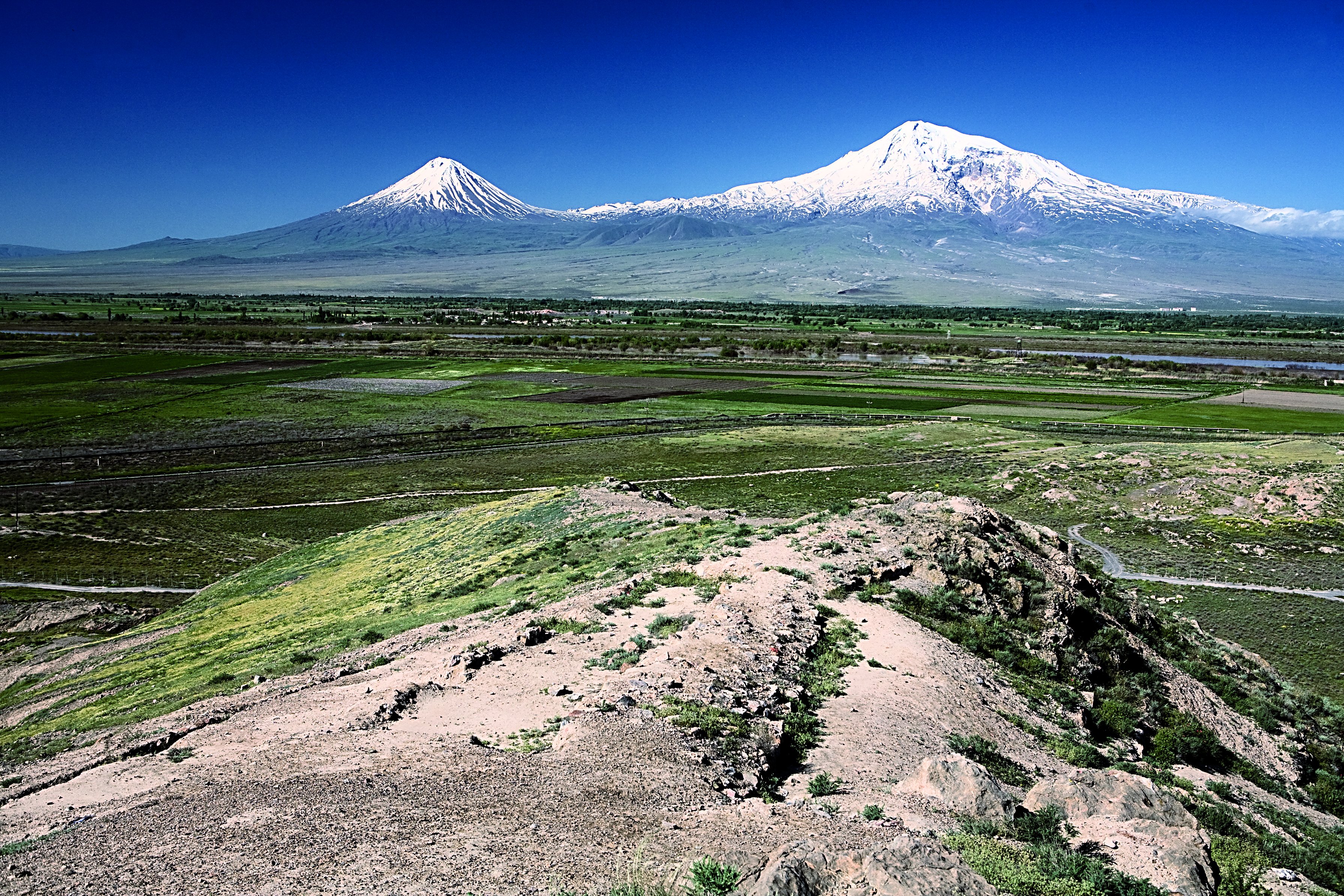 Ararat (tur. Ağrı Dağı, Armenian Արարատ and Armenian Մասիս (Masis), Kurd. Çiyayê Agirî) - mountain: the highest volcanic massif of the Armenian Highlands in eastern Turkey; refers to stratovolcanoes. It is located in Ygdir on the right bank of the middle reaches of the Araks River, 16 kilometers from the border with Iran, 32 kilometers from the border with Armenia. It consists of two cones of dormant volcanoes merged by their bases: Big Ararat and Small Ararat. The top of Big Ararat (5165 meters above sea level) is the highest point in Turkey. The distance between adjacent cones is 11 km.

The name "Ararat" was given to the massif and its constituent mountains by Europeans, and in the 19th century this name was well-established among European geographers. James Bryce noted in his travel notes in 1876 that "the local peoples (Armenians, Turks, Tatars and Persians) do not know Ararat by this name." According to Bryce, by the time the notes were written, the name Ararat was beginning to spread among the local population due to their increased use of the Russian language. According to Iranians, the name "Ararat" was given to the mountain on the basis of the biblical legend about Noah's ark: since Ararat is the highest peak in the region, then, according to Europeans, Noah's ark should have attached to it (see the section Ararat in the Bible). Robert Thomson explains the origin of the name of the mountain by confusion with the name of the province of Ayrarat. In general, the word "Ararat" comes from the Assyrian name of the state and people of Urartu. Local names of Ararat: the traditional Armenian name for Ararat is Masis (Armenian Մասիս). According to the Armenologist Armen Petrosyan, it goes back to the name of the sacred mountain of Akkadian mythology Mašu - "twin", which characterizes the two peaks of the mountain. This explanation corresponds to the etymology of the name of the country Erkuaḫi (from the Armenian erku - "two"), which was located in the region of Mount Ararat and was part of the ancient Armenian association Etiuni in the Urartu era. Novoseltsev assumed that "Masis" is of Iranian origin and in itself means "great, great", since in Middle Persian "masist" is "the greatest." Armenian folk etymology, cited by Movses Khorenatsi in the "History of Armenia", builds "Mas