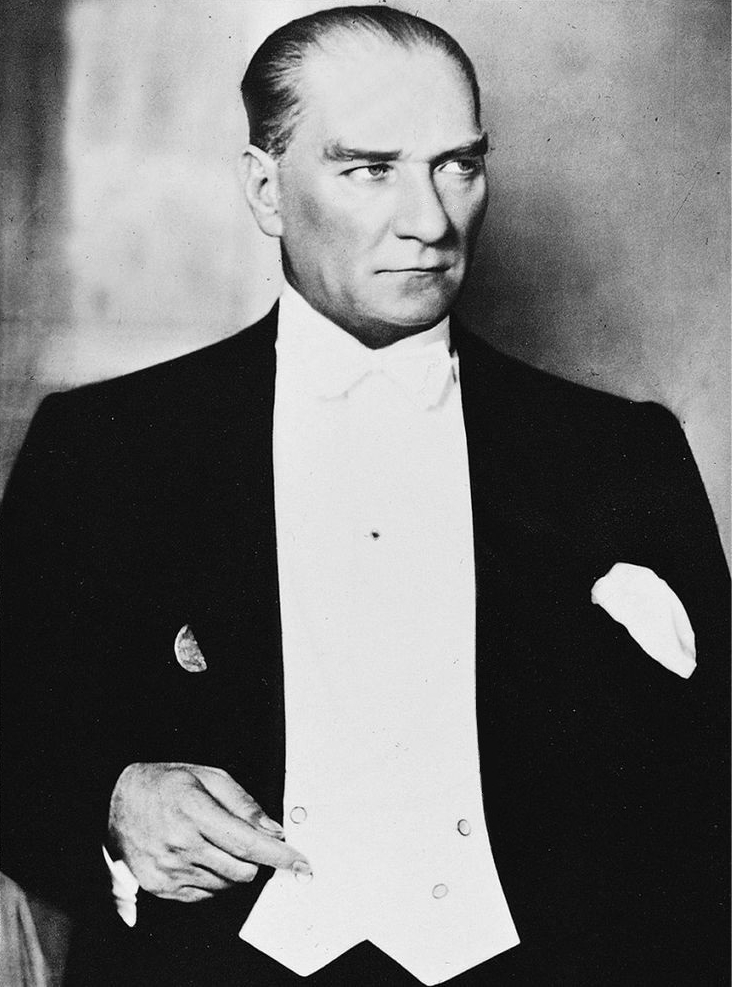 Mustafa Kemal Atatürk (formerly Gazi Mustafa Kemal Pasha) (tur. Mustafa Kemal Atatürk; 1881 or around 1880, Thessaloniki, Thessaloniki Vilayet, Ottoman Empire - November 10, 1938 [...], Dolmabahce, Besiktas, Istanbul) - Ottoman and Turkish state, political and military figure. Founder and first leader of the Republican People's Party of Turkey; the first president of the Turkish Republic, the founder of the modern Turkish state. After the defeat (October 1918) of the Ottoman Empire in the First World War, he led the national revolutionary movement and the war for independence in Anatolia, achieved the liquidation of the government of the Sultan and the occupation regime, created a new republican state based on nationalism (“sovereignty of the nation”), held a series of serious political, social and cultural reforms, such as: the liquidation of the Sultanate (November 1, 1922), the proclamation of a republic (October 29, 1923), the de jure abolition of the de facto no longer existing caliphate (March 3, 1924), the introduction of secular education , closing of dervish orders, dress reform (1925), adoption of new European-style criminal and civil codes (1926), latinization of the alphabet, purification of the Turkish language from Arabic and Persian borrowings, separation of religion from the state (1928), granting suffrage to women, abolition titles and feudal forms of address, the introduction of surnames (1934), the creation of national banks and national industry. As the chairman of the Grand National Assembly (1920-1923) and then (since October 29, 1923) as the president of the republic, who was re-elected to this post every four years, as well as the irremovable chairman of the Republican People's Party he created, he acquired in Turkey the unquestioned authority and love of the nation.

There are various versions of the actual date of birth of Mustafa Kemal (moreover, due to the difference in the calendars used in the Ottoman Empire, even he himself did not know his exact date of birth); according to the most common of them, he was born on March 12, 1881. In the second half of the 19th century, two calendars were used in the Ottoman Empire: the Islamic (also called the Hijri calendar) - designed to celebrate Islamic