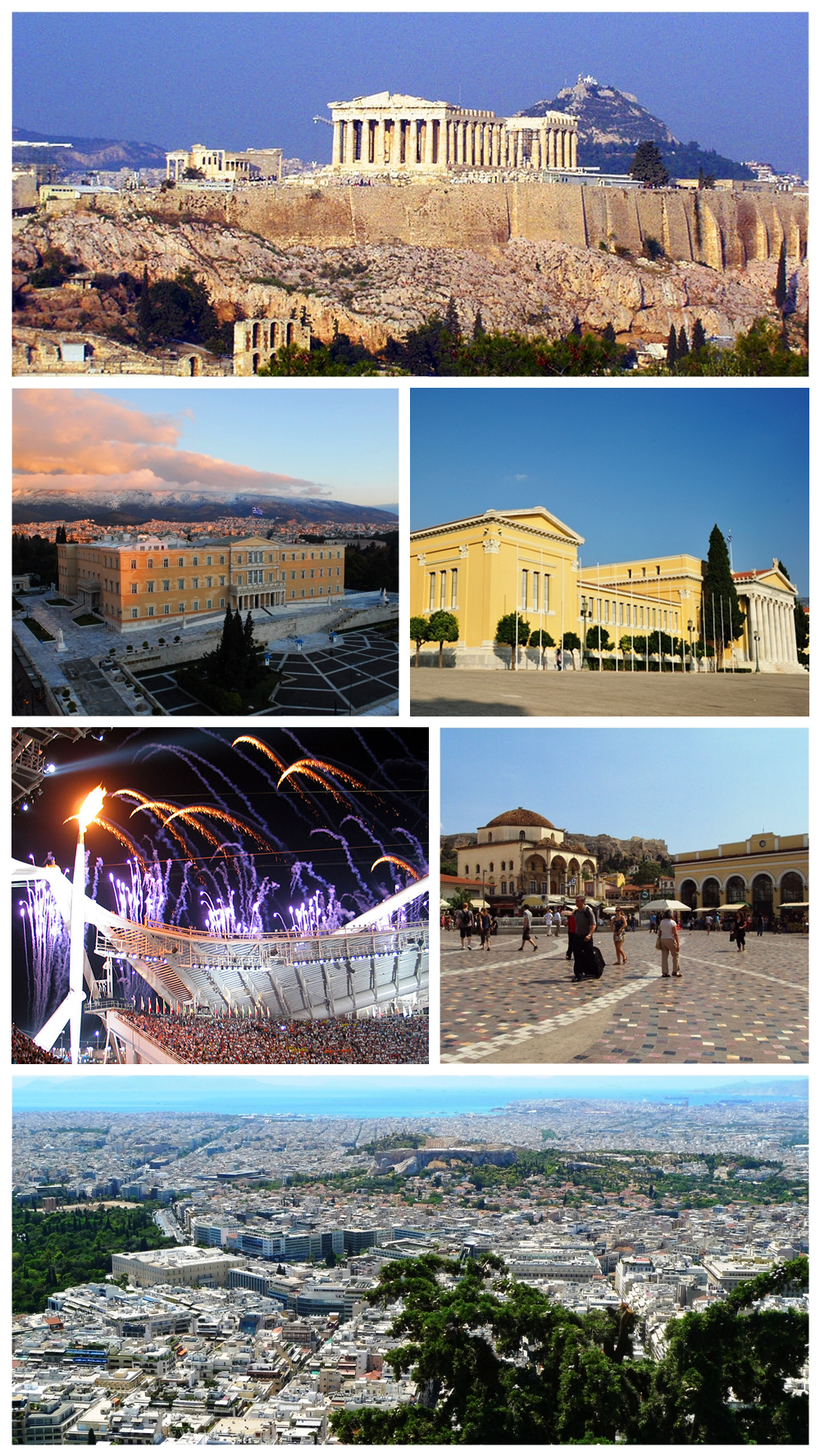 Athens (Greek Αθήναι or Αθήνα, MPA: [aˈθina]) is the capital of Greece. It is located in the historical region of Attica and is the economic, cultural and administrative center of the country. The city is named after the goddess of war and wisdom, Athena, who was the patron of the ancient policy. Athens has a rich history; in the classical period (5th century BC), the city-state reached the pinnacle of its development, defining many trends in the development of later European culture. So, the names of the philosophers Socrates, Plato and Aristotle, who laid the foundations of European philosophy, the tragedians Aeschylus, Sophocles and Euripides, who stood at the origins of the drama, are associated with the city; The political system of ancient Athens was democracy. The area of ​​the urban agglomeration is 412 km². This area is surrounded by mountains: Egaleo, Parnis, Pendelikon and Imitos. The total population of the urban agglomeration is 1/3 of the total population of Greece and is, according to the 2011 census, 3,090,508 people. Thus, the population density of the urban agglomeration is 7,500 people per 1 km². The height of the city center above sea level is 20 meters, while the terrain of the city is very diverse, with plains and mountains.

In ancient times, the name "Athena" was plural - Ἀθῆναι [atʰɛ̑ːnaɪ]. The name Αθήναι remains official in Kafarevus. There are several hypotheses about the origin of the name. One of them goes back to the myth that the city received the name of the goddess of wisdom - Athena - after a dispute between Athena and the lord of the seas Poseidon. The first legendary king of Athens, Kekrops, who was half man, half snake, had to decide who would be the patron of the city. Two gods - Athena and Poseidon - had to make a gift to the city and its citizens, and the one who made the best gift became the patron of the city. Then, in front of Cecrops, Poseidon first struck with his trident, and immediately a spring gushed out of the earth. Greece is a hot, mountainous country, water is needed there, but it turned out to be sea, salty. After the blow of Athena, a small olive tree grew out of the ground. The townspeople were impressed by Athena's gift and chose her as the patron saint of the city. Thus Athens took the name of the great goddess. But