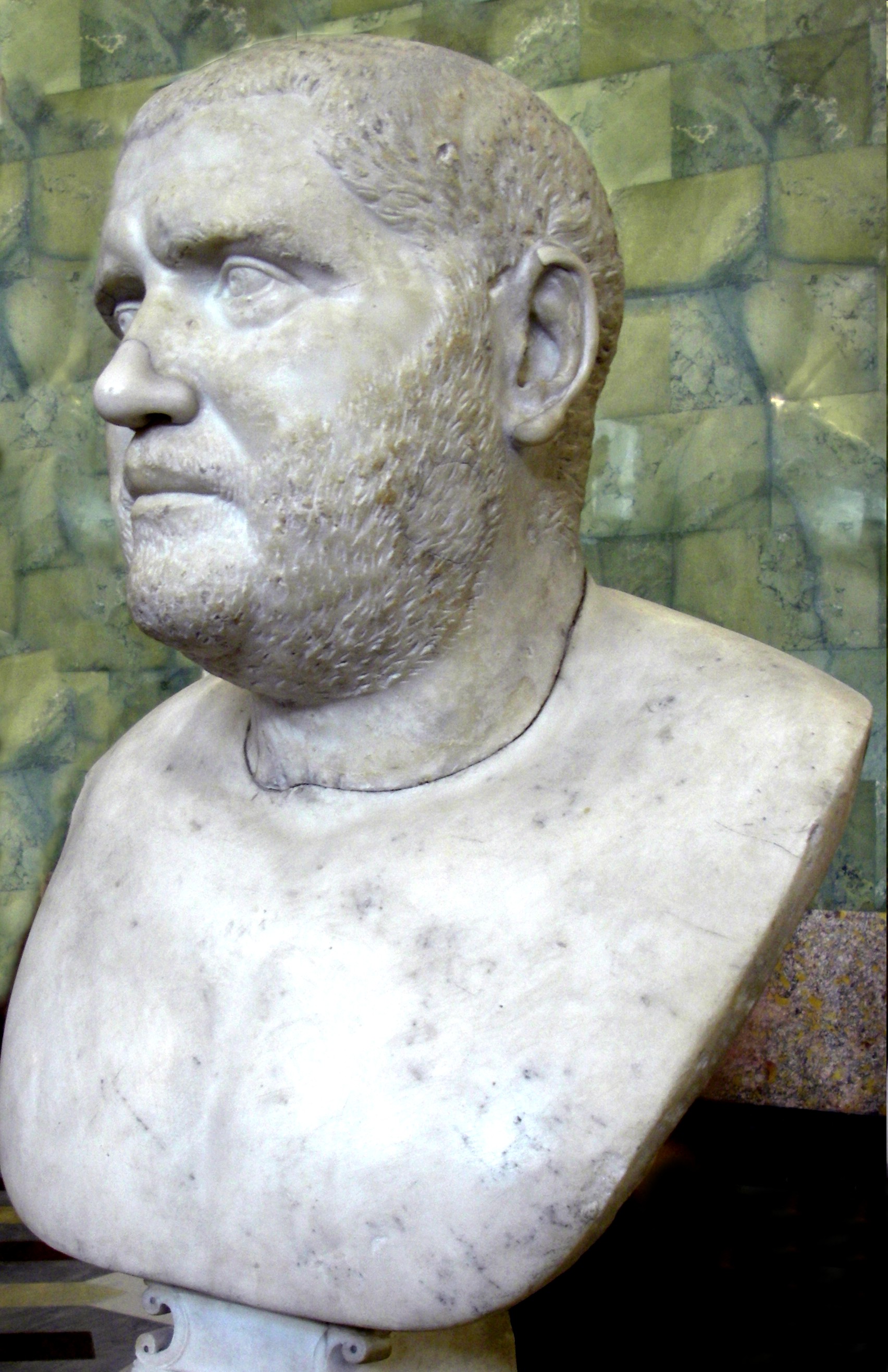 Decimus Caelius Calvinus Balbinus (lat. Decimus Caelius Calvinus Balbinus), better known in Roman historiography as Balbinus, was a Roman emperor who was in power in 238. A representative of the senatorial class, before coming to power, Balbinus made a long and successful civil career: he ruled a number of provinces, twice served as consul. In 238, when the senate joined the revolt of Gordian I and Gordian II against Maximinus the Thracian in Africa, Balbinus joined a committee of twenty men assigned to the defense of Italy. After the death of the Gordians, the senators elected Balbinus and Pupienus as emperors. When the disaffected population laid siege to the senate and emperors on the Capitol, Balbinus and Pupienus escaped by proclaiming the young Gordian, the grandson of Gordian I, caesar. Balbinus remained in Rome in charge of the administration, while Pupienus opposed Maximinus. After Maximinus and his son were killed by their troops at Aquileia, Pupienus returned to Rome, where he celebrated a joint triumph with Balbinus and Gordian. Balbinus soon quarreled with Poupien, fearing that his colleague intended to make himself the sole ruler. The Praetorian Guard, dissatisfied with the senate's active role in choosing new emperors, took advantage of the dispute to overthrow both Augusti and kill them. After that, Gordian III was proclaimed the sole emperor.

The biography of Balbinus written by Julius Kapitolin as part of the collection of imperial biographies "History of the Augusti" relies mainly on the works of three historians: Corda, Publius Herennius Dexippus and Herodian, from which the work of the latter "History of imperial power after Mark" has survived to this day. The fact that it was directly used by Capitolinus can be seen from the latter's close connection with the story of Herodianus, which can no doubt be seen in the biographies of Poupienus and Balbinus. Mentions of Balbinus are also contained in the biographies of two Maximins and three Gordians. Balbinus's biography contains many inaccuracies regarding dates, as well as a number of fictitious documents, such as the minutes of the senate meeting and a congratulatory letter from the consul Claudius Julian. Description of the reign of Balbinus from the Byzantine historian of the end of V