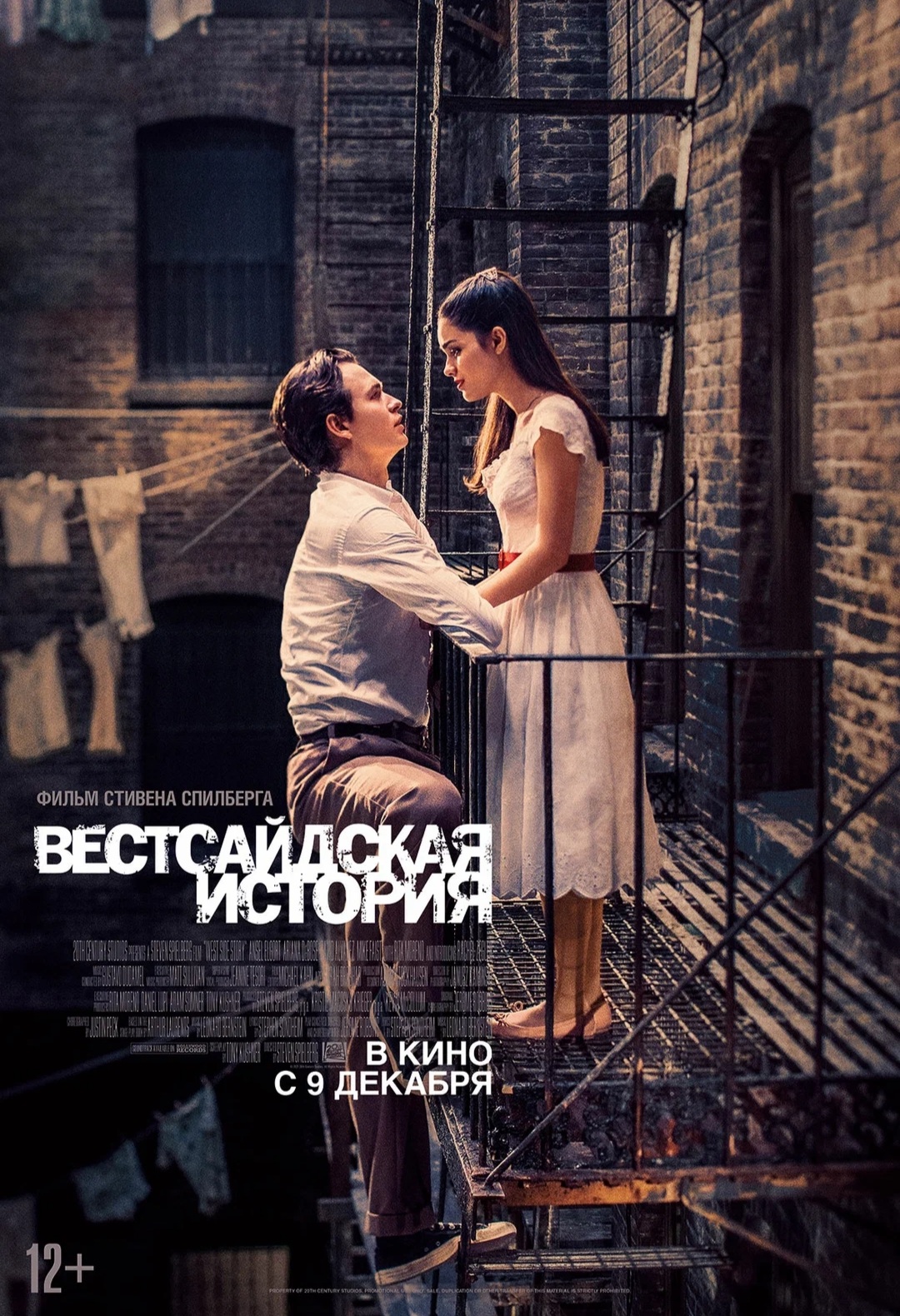 West Side Story is an American romantic drama musical directed by Steven Spielberg and written by Tony Kushner. The film is an adaptation of the 1957 Broadway musical of the same name by Arthur Laurent, Leonard Bernstein and Stephen Sondheim, based on Shakespeare's Romeo and Juliet. Starring Ansel Elgort, Rachel Zegler, Ariana DeBose, David Alvarez, Mike Feist, Corey Stoll, Brian d'Arcy James and Rita Moreno. The film is dedicated to Steven Spielberg's father, Arnold Spielberg. The film premiered on December 10, 2021. The tape received critical acclaim for its direction by Spielberg, screenplay by Kushner, acting, musical numbers, camera work, technicality and fidelity to the source material; however, some critics considered the new film adaptation to be a better adaptation of the musical than the 1961 film.

Tony and Maria, despite being from two hostile street gangs, the Jets, descendants of white immigrants, and the Sharks, Puerto Ricans, fall in love with each other.

In March 2014, Steven Spielberg first expressed interest in directing a West Side Story remake. This prompted 20th Century Fox to acquire the rights to the project. Tony Kushner, who previously worked with Spielberg in 2005's Munich and 2012's Lincoln, revealed in a July 2017 interview that he was writing the film, stating that he would leave the musical numbers intact and that the story would be more like to the original musical than to the 1961 film. In a 2020 interview, Spielberg admitted to Vanity Fair, “I grew up surrounded by classical music. West Side Story was actually the first piece of popular music to be allowed into our family's home. I… completely fell in love with him as a child.”

In January 2018, it was announced that Spielberg would likely direct the film after the filming of the fifth installment of the Indiana Jones franchise wrapped. A few days later, an open casting call was announced for the characters Maria, Tony, Anita, and Bernardo. Additional open castings were held in April in New York and in May in Orlando, Florida. In July was canceled