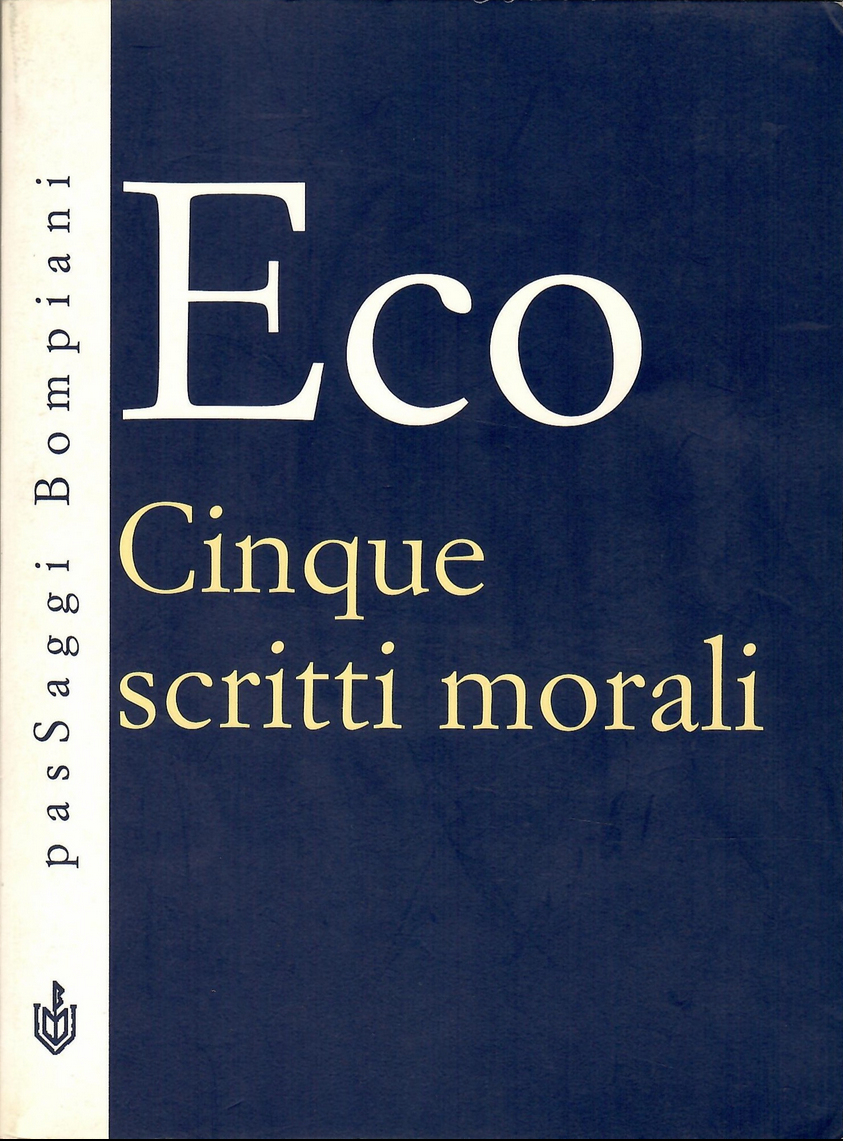 "Eternal Fascism" (Italian: Fascismo eterno, English: Ur-Fascism) is an essay by the Italian writer, philosopher, specialist in semiotics and medieval aesthetics Umberto Eco. The essay is based on a lecture given by the author on April 25, 1995 at a seminar organized by the Department of French and Italian Languages ​​at Columbia University and then published as part of collections and separately in English, Italian and other languages.

The essay was first published on June 22, 1995 in the American edition of The New York Review of Books under the title "Ur-Fascism. Freedom and liberation are an unending task" The essay was first published in Italian in 1997 by the Milanese publishing house Bompiani as part of the collection "Cinque scritti morali" (from Italian - "Five Essays on Ethics"), and in 2018 it was republished as a separate brochure created by Umberto Eco, together with several by other authors of the publishing house La nave di Teseo. In Russian, the work was first published in 2000 as part of the collection Five Essays on Ethics, translated by Elena Kostyukovich, after which it was repeatedly reprinted.

In his essay, Umberto Eco tries to define what fascism is and what are its features and nature. Unlike Nazism - its variety, the ideology of which is formulated in sufficient detail in the book "Mein Kampf" by Adolf Hitler, the definition of fascism remains rather unclear, and therefore interpreted differently. In particular, even the generally recognized creator of the term "fascism" Benito Mussolini, according to Eco, could not formulate the main features of his creation. Trying to fill this gap, Eco identifies 14 features that, in his opinion, characterize fascism.

Cult of tradition; cultural syncretism, implying a disregard for contradictions in ancient revelations containing the highest truth. Rejection of modernism, irrationalism. An example is the opposition of "blood and soil" to "degenerate art" in Nazi Germany. The cult of "action for the sake of action", distrust of the intellectual. Rejection of skepticism: doubt is treated as betrayal. Xenophobia, racism. Bourgeoisism, reliance on the middle