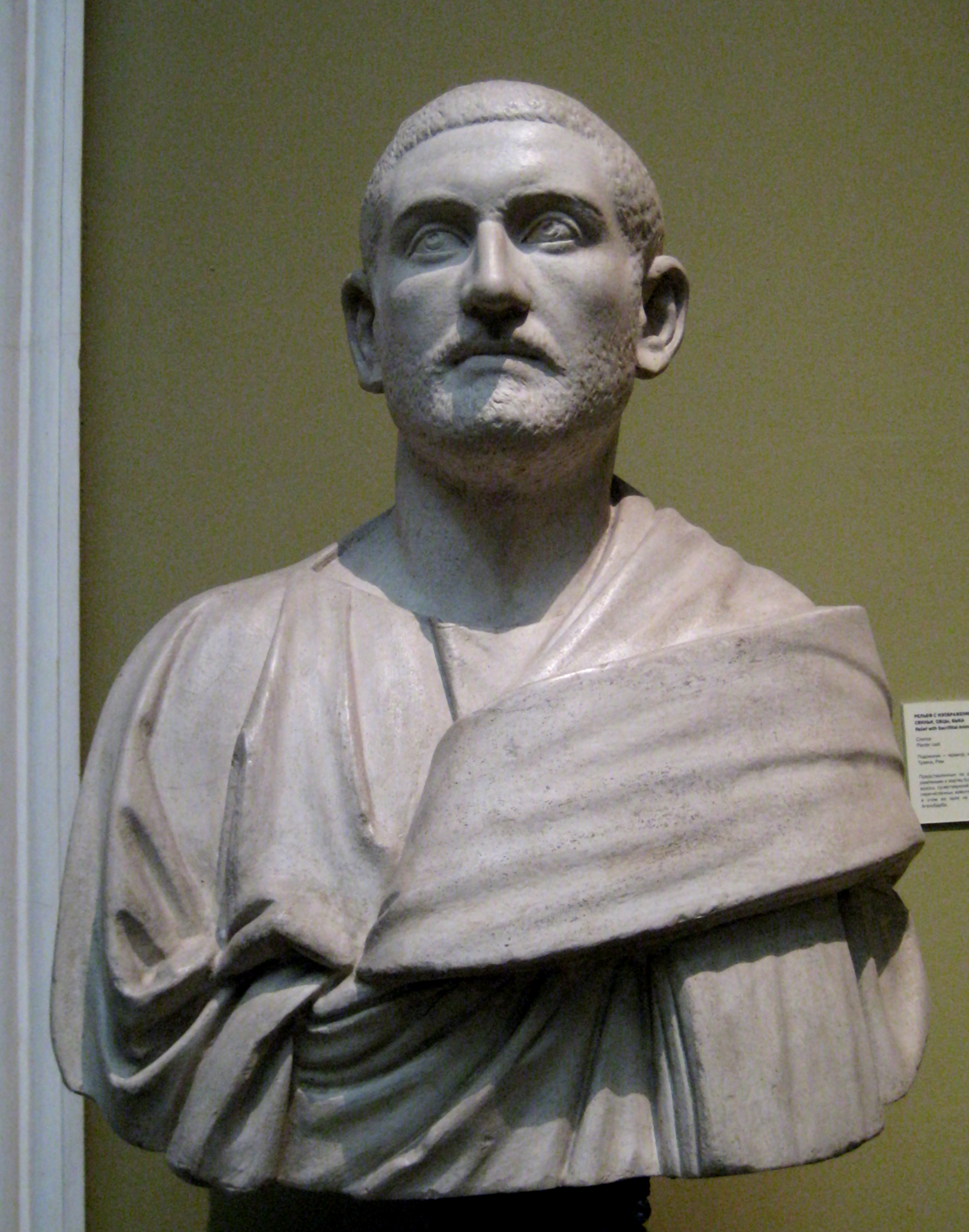 Marcus Antonius Gordianus Sempronianus Romanus Africanus (lat. Marcus Antonius Gordianus Sempronianus Romanus Africanus), better known in Roman historiography as Gordian I, was a Roman emperor who ruled in 238. Apparently, he came from the Asia Minor provincial aristocracy. Gordian made a long and successful career: he ruled several provinces, held the post of suffect consul, after which he was appointed proconsul of Africa. At the beginning of 238, a group of wealthy young landowners, dissatisfied with the increase in tax collections, killed the procurator sent to Africa by Emperor Maximinus I of Thrace. The rebels proclaimed Gordian emperor, who made co-ruler his son, who bore the same name. Gordian's candidacy was supported by the Senate, which began the fight against Maximinus, as well as by a number of eastern provinces. However, soon Gordian Jr. fell in a battle near Carthage against the Numidian governor Capelian, who remained loyal to Maximinus. Upon learning of the death of his son, Gordian I committed suicide. Gordian's reign lasted only a few weeks. After his death, the Senate continued the war against Maximinus, electing new emperors - Balbinus and Pupienus.

The primary source for studying the life and reign of Gordian I is his biography as part of the collection of imperial biographies "History of the Augusts", authored by a certain Julius Kapitolin. The biography goes back mainly to three earlier historical works written by Dexippus, Cordus and Herodianus. Of these, the work of the last “History of Imperial Power after Mark” has survived to our time, in the seventh book of which contains information about the biography and uprising of Gordian. In addition, some information can be gleaned from the biographies of two Maximins, Gordian II, Pupienus and Balbinus, contained in the same History of the Augusts. In addition to the mentioned sources, Gordian I is also mentioned in the later works of Eutropius, Aurelius Victor, Zosimas and John Zonara. Along with narrative sources, the importance of the information contained in the legends of coins and Latin and Greek inscriptions should be noted.