City of the first salute 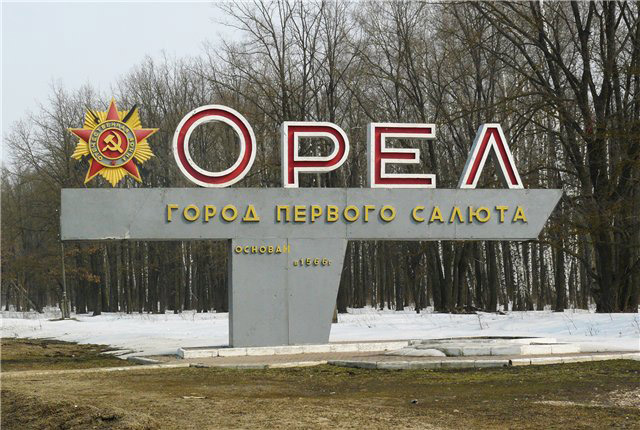 The city of the first salute is the unofficial name of the cities of Orel and Belgorod, which on August 5, 1943, during the Battle of Kursk, were liberated from the Nazi invaders by the troops of the Western, Central, Voronezh, Bryansk and Steppe fronts. The city of Orel was liberated in the morning, and Belgorod at 18:00 Moscow time. By order of I.V. Stalin No. 2 of August 5, 1943, on this day in Moscow, an artillery salute was given to the troops who liberated Orel and Belgorod. This salute was the first during the Great Patriotic War, so the name "city of the first salute" was assigned to Orel and Belgorod. In the same order, the Supreme Commander-in-Chief for the first time awarded units and formations that especially distinguished themselves in battles with the honorary names "Orlovsky" and "Belgorodsky". It was estimated that about 100 anti-aircraft guns would have to be deployed for the salute to be heard in the city. Only 1200 blank shells were at the disposal of the organizers of the salute (during the war they were not kept in reserve in the Moscow air defense garrison), so only 12 volleys could be fired out of a hundred guns. The salute also involved the Kremlin division of mountain guns (24 guns), blank shells for which were available. Thus, at midnight on August 5, 12 salvos from 124 guns were fired at an interval of 30 seconds. In order for the volleys to be heard everywhere, groups of guns were placed in stadiums and wastelands in different parts of Moscow.