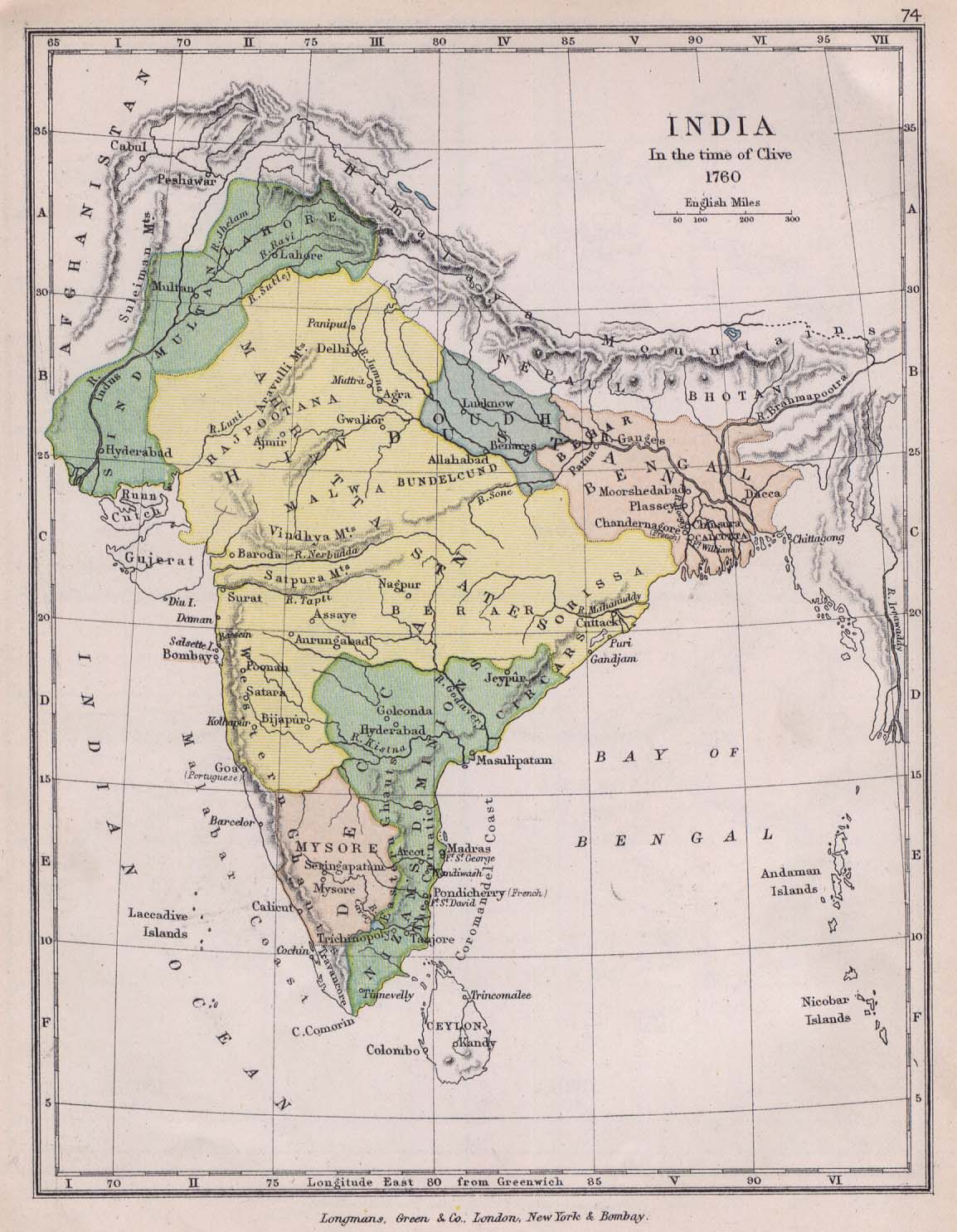 Maratha, often the Maratha Empire or the Maratha Confederation (Maratha. मराठा साम्राज्य) is a large Hindu state created in 1674 by the Marathas led by Shivaji (Sivaji) on the territory of the modern state of Maharashtra and adjacent lands. The capital is Raigad. In 1674, Shivaji refused to submit to the Bijapur Sultanate and assumed the royal title, creating the first Hindu state in many centuries of Muslim domination. When Shivaji died in 1680, after a short struggle, one of his sons - Sambhaji - defeated his brother, crowned himself and continued his father's aggressive policy. Meanwhile, upon learning of Shivaji's death, the Great Mogul Aurangzeb invaded the Deccan with an army of 180,000 soldiers. The Deccan Wars unleashed by him only led to the weakening of the Mughal Empire and the strengthening of the Marathas. Since the reign of Shivaji's grandsons, centrifugal tendencies have been growing in the Maratha state. The governors of Berar (with the center in Nagpur) and Malwa (with the center in Indore) declare their independence from the Peshwa (First Minister). In the 1720s and 1730s, the Maratha possessions turned into a coalition of Maratha principalities, perhaps the most powerful of which was Gwaliar. The third Peshwa, Balaji Baji Rao (1740-1761), made a number of raids from the Deccan to the north and east. Within the Deccan, the strength of the Marathas increased at the expense of the Muslim Nizam (after two wars waged against him). Their main centers at that time were Pune and Nagpur. In 1761, the Maratha rulers suffered a crushing defeat near Panipat from the Afghan troops of Ahmad Shah Durrani. In the new political situation, the Maratha princes began to redistribute their possessions: the Gwaliar Raja occupied Delhi, and the ruler of Malwa appropriated part of Rajasthan and Punjab. The British East India Company did not fail to take advantage of these strife. During the three Anglo-Maratha wars (1775-1782, 1803-1805, 1817-1818), the British took Delhi and some other territories from the Marathas, and the princes themselves turned into vassals of the East India Company.

Since the middle of the 17th century, the Hindu state of the Marathas, federal, was created primarily by Shivaji. Sitting in an impenetrable fortress in the West