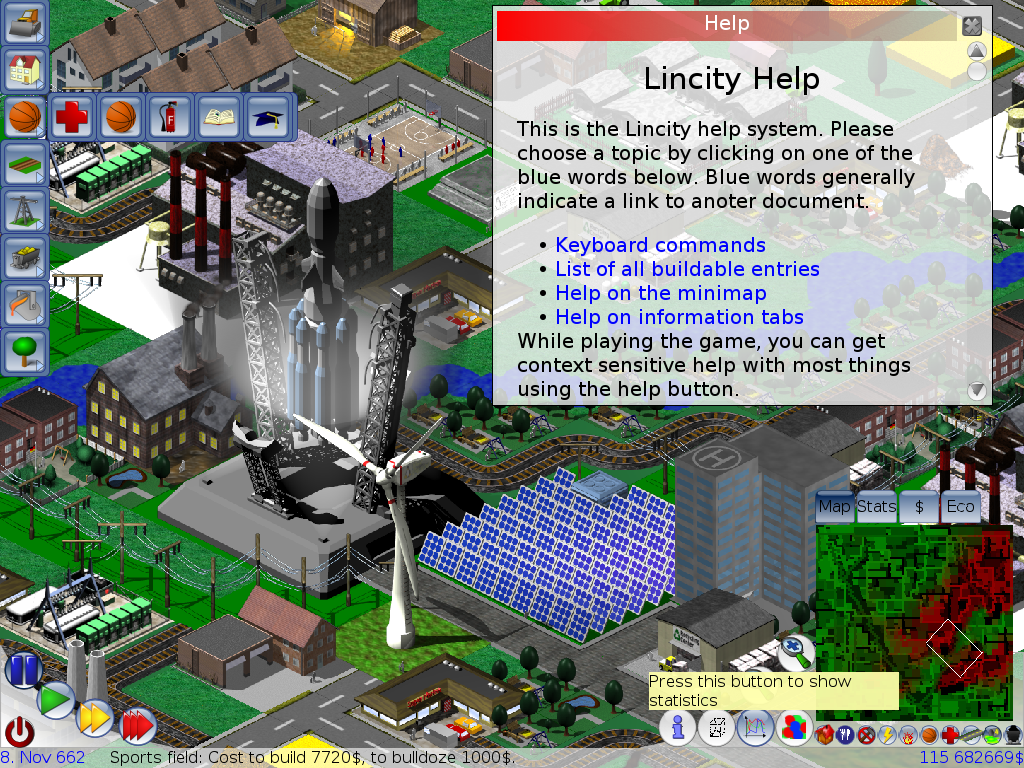 A city-building game is a computer game that simulates the construction and management of a city. As a rule, refers to economic strategies. In games of this kind, there is usually no specific goal upon reaching which the game ends; the goal is the very process of urban development. The first city management game is Hamurabi, created in 1968 and developed for the PDP-8. SimCity is the first mainstream game that has managed to shape this type of game in the industry. Until today, during the creation of most city-building simulators, SimCity is used as a classic example. Various simulators of colonies, space stations and prisons can also be indirectly attributed to this genre.

The city-building simulator differs from other genres of computer games in the following elements: the main goal of the game is to develop the economy, improve the quality of capital structures, ensure a high standard of living for city residents, develop transport infrastructure, etc.; the game process can continue after the goals of a particular scenario or campaign are achieved; the concept of indirect control, when in most games the player cannot directly give commands to characters or organizations; the emphasis is on solving global and logistical problems: building planning, tasks for their destination areas, maintaining budget policy, caring for the city's ecology, etc.; as a rule, in such games the main attention is paid to the organization and conduct of the life of the city, and other goals, if any, are secondary (for example, military elements and the destruction of the enemy).

History of the genre

The genre began in 1968 with Doug Diment's creation of Hamurabi in the Focal language. The game was originally developed for PDP-8 computers, but was later rewritten in BASIC and made multiplatform. It was Hamurabi that became the first city management game, but at the same time it was simpler than the followers of the genre (Simcity), for example, it did not allow you to build new buildings and develop infrastructure. The genre was further developed with the release of the Utopia game, developed for the Matt game console.