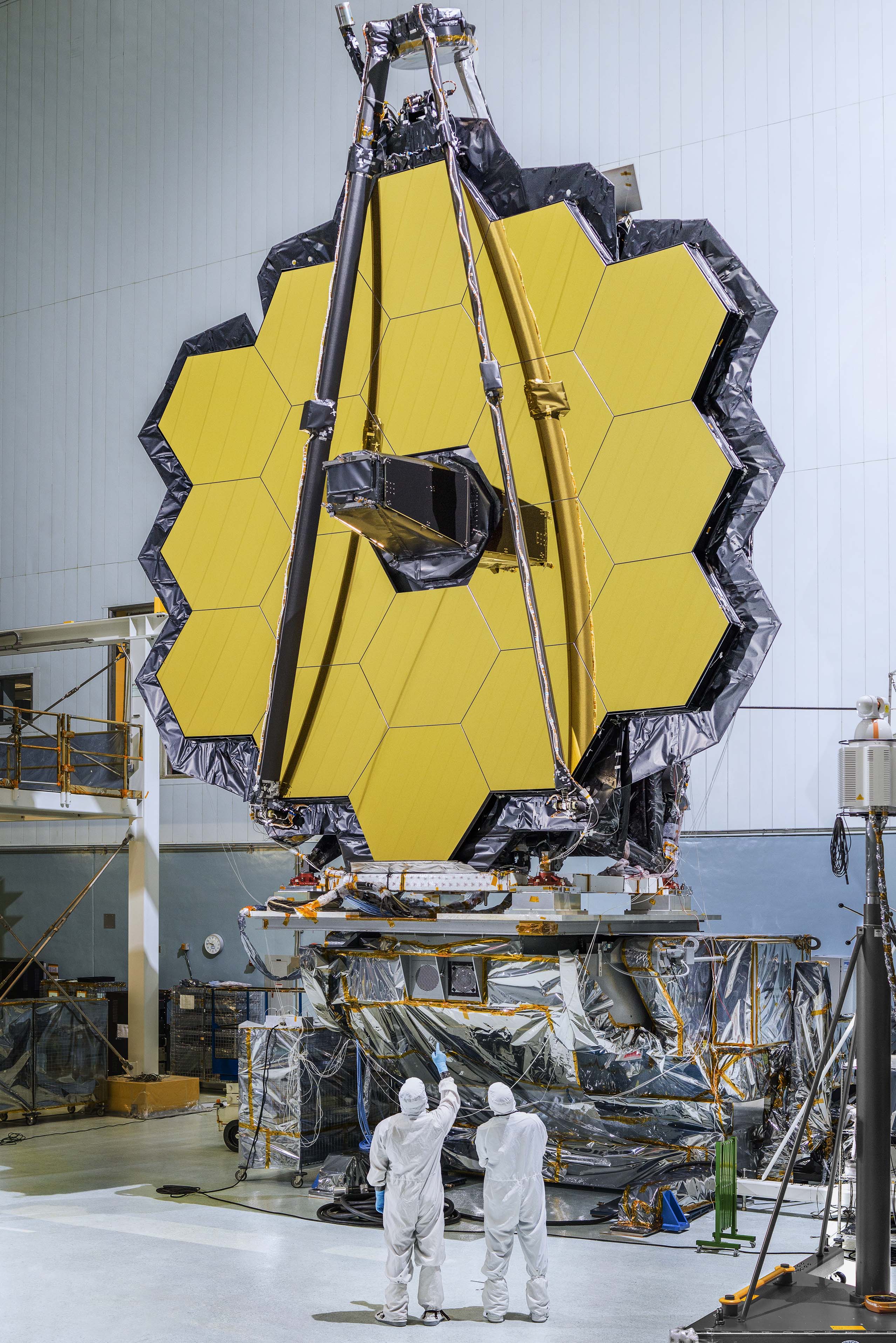 The James Webb Space Telescope (JWST) is an orbital infrared observatory. The largest space telescope with the largest mirror (a segmented mirror with a total diameter of 6.5 meters, but the largest monolithic mirror remains at the Herschel telescope - 3.5 meters) ever launched by mankind. It was originally called the Next-generation space telescope (NGST). In 2002, it was renamed in honor of the second head of NASA, James Webb (1906-1992), who headed the agency in 1961-1968, during the implementation of the Apollo program. It was decided to make the telescope's primary mirror not solid, but from foldable segments that would be deployed in orbit, since the diameter of the primary mirror would not allow it to be placed in the Ariane-5 launch vehicle. The primary mirror of the James Webb telescope is segmented and consists of 18 hexagonal segments made of gold-plated beryllium, the size of each of the segments is 1.32 meters edge-to-edge, which together form one mirror with a total diameter of 6.5 meters. This gives the telescope a light-collecting area about 5.6 times that of the Hubble's 2.4-meter-diameter mirror, with a collecting surface area of ​​25.37 m2 versus Hubble's 4.525 m2. Unlike Hubble, which observes in the near ultraviolet, visible, and near infrared (0.1-1.0 µm) spectra, the James Webb telescope will observe in a lower frequency range, from long-wavelength visible light (red) to medium infrared (0.6-28.3 microns). This will allow him to observe the most distant objects in the universe, high redshift objects (the first galaxies and stars in the universe) that are too old, faint and far away for the Hubble telescope. The telescope is protected by a 5-layer thermal shield to keep the temperature of the mirror and instruments below 50 K (−223 °C) so that the telescope can operate in the infrared and observe weak infrared signals without interference from any other heat sources. Therefore, the telescope will be placed in a halo orbit at the L2 Lagrange point of the Sun-Earth system, 1.5 million km from the Earth, where its 5-layer thermal