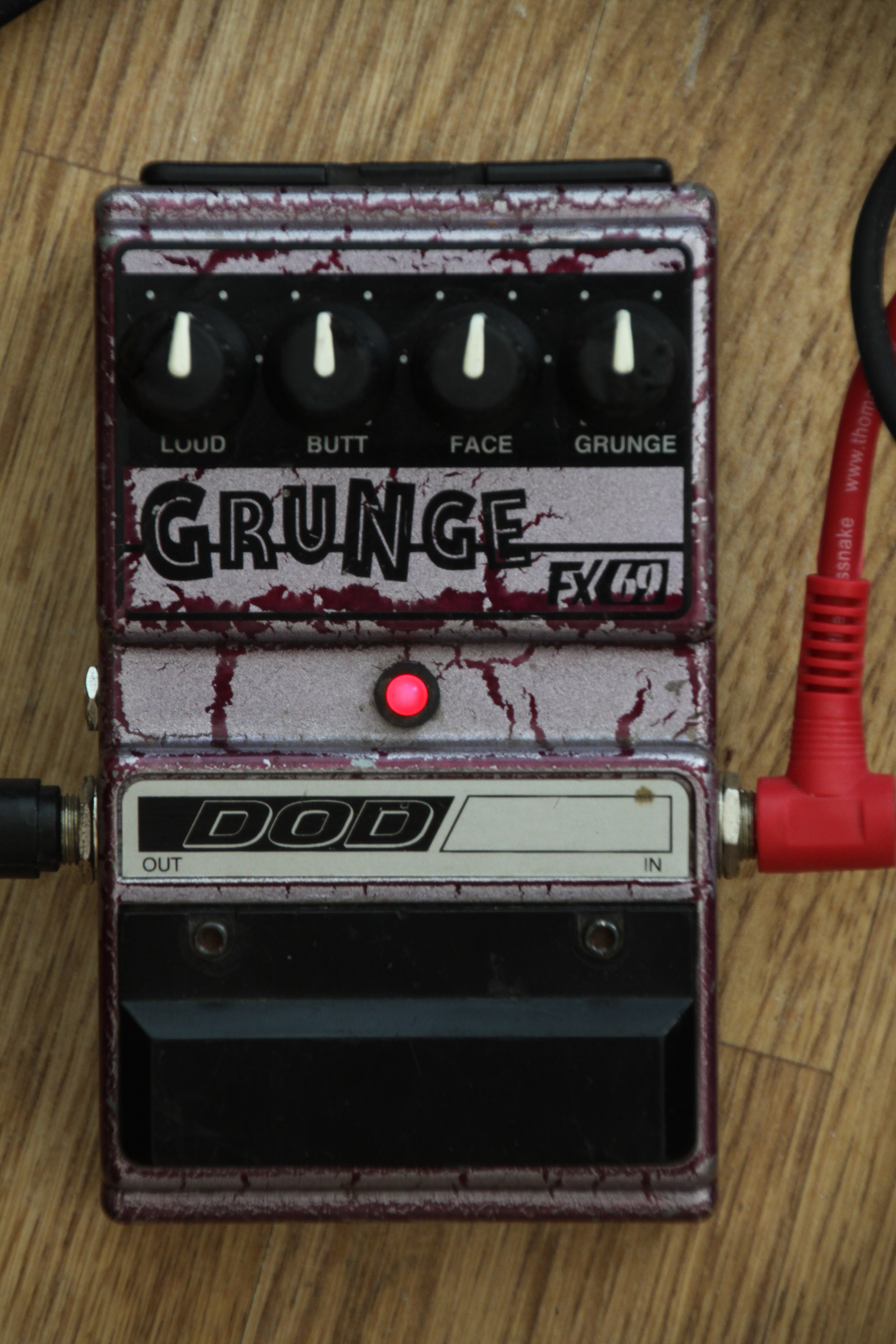 Distortion (also "distortion") is a sound effect achieved by distorting a signal by its "hard" limiting in amplitude, or a device that provides such an effect. It is most often used in such musical genres as hard rock, metal and punk rock in combination with an electric guitar, as well as in hardcore techno and especially in speedcore and breakcore with a drum machine. Sometimes this term denotes a group of the same type of sound effects (overdrive, fuzz and others) that implement nonlinear signal distortion. They are also called “overdrive” effects, and the corresponding devices are called “distortions”. In addition to the electric guitar, the effect is also used with other instruments, for example, with a bass guitar. For bass guitars, special "distortions" are used, since "distortions" for guitars, in most cases, spoil the bass sound, cutting off a significant part of the low frequencies that are important to it. An alternative way of processing bass guitar is to use a conventional "distortion" and mix the clean and processed signals in equal proportions. Distributors are also used for processing vocals and bowed instruments. The distortion effect as a component is present in synthesizers, effect processors and computer programs for sound processing.

Distortion is a common form of clipping. The effect is based on the property of both tube and transistor amplifiers to introduce nonlinear distortions into the signal, especially if it is close to the maximum possible for a particular amplifier. Overload (especially a tube multistage amplifier) ​​differs from simple clipping in that the output signal has a complex dependence of the spectral components on the amplitude and spectral composition of the input signal, in contrast to an elementary limiter. Traditionally, the overdrive sound of a tube amplifier is valued above the overdrive sound of a transistor amplifier. As a rule, a weak input signal is amplified without distortion (or distortion is very small), and with an increase in the amplitude of the output signal, the coefficient of nonlinear distortion increases. The non-linearity of the amplifier characteristics depends on many factors (from