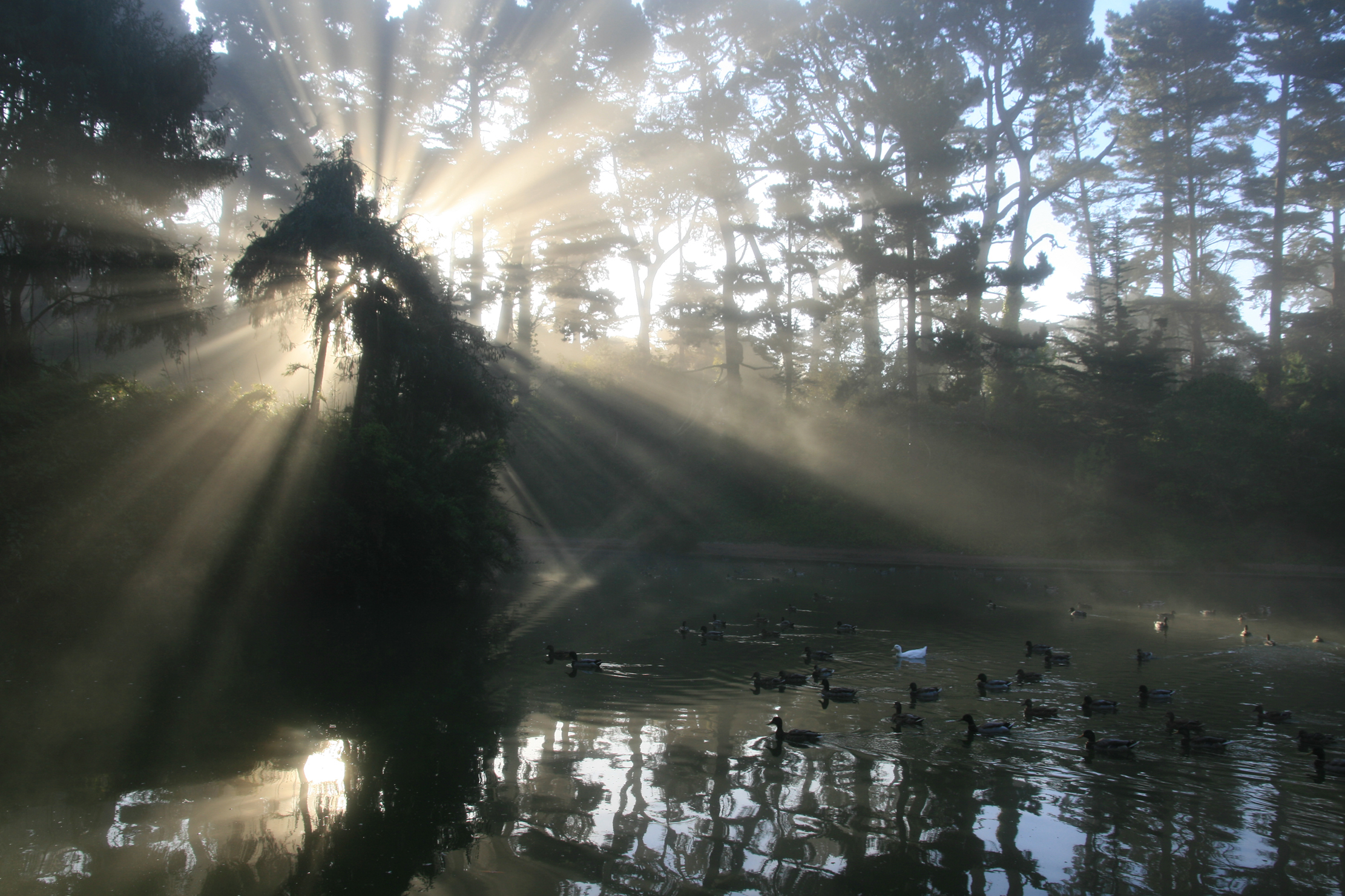 Golden Gate Park is an urban park located in San Francisco. The park covers an area of ​​4.12 km², has a rectangular shape, the same as Central Park in New York, but 20% larger. Golden Gate Park receives 13 million visitors a year and is the third most visited park in the United States, just behind Central Park (New York) and Lincoln Park (Chicago). In 1967, the park hosted the famous "tribes" of hippies, which became the prelude to the "summer of love". The California Academy of Sciences is located in the park area. The western part of the park is occupied by Ocean Beach.