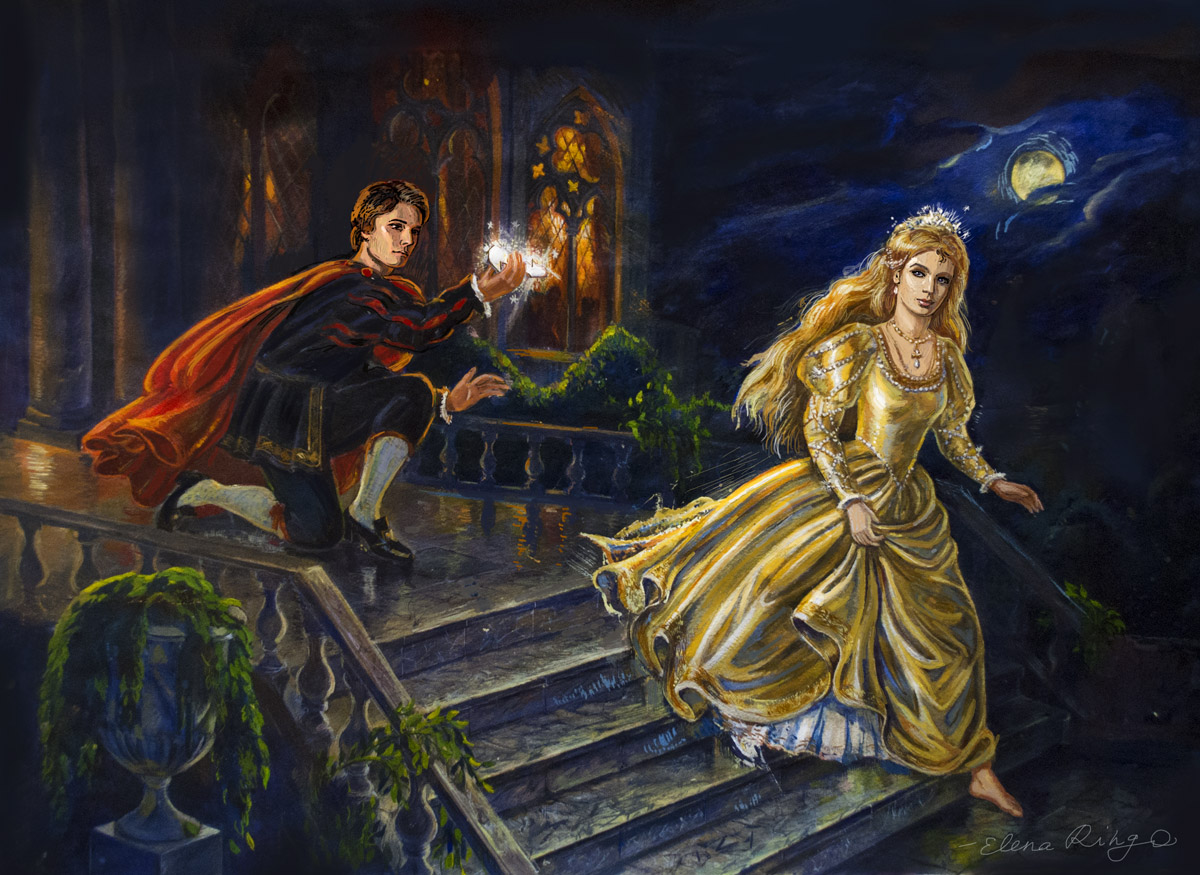 “Cinderella” (French Cendrillon, German Aschenputtel, I. S. Turgenev translated the name as “Zamarashka”) is a Western European fairy tale, best known for the editions of Charles Perrault, the Brothers Grimm and Giambattista Basile. This is one of the most popular "wandering stories", which has over a thousand incarnations in the folklore of different peoples of the world. The earliest known version of the tale is found on Egyptian papyri. The main character of the tale is a girl named Rhodopis, who was born in Greece. She was kidnapped by pirates who brought her to Egypt, where they sold her into slavery. The owner bought her elegant gold-plated leather sandals. While Rhodopis was bathing in the river, a falcon (this falcon was the god Horus) stole her sandal and took it to the pharaoh. The sandal was so small and elegant that the pharaoh immediately announced a national search. When he found Rhodopis - Cinderella - he immediately married her.

The king of a small country, a widower with a daughter from his first marriage, a lovely and kind girl, married an arrogant and evil lady with two daughters who looked like a mother in everything. The father "obeyed his new wife in everything." The stepmother makes her stepdaughter live in the attic, sleep on a straw bed and do the hardest and dirtiest work. After work, the girl usually rests, sitting on a box of ashes near the fireplace, so the sisters called her Cinderella. Cinderella's stepsisters bathe in luxury, and she meekly endures their ridicule. Prince Mirliflor arranges a ball to which he invites all the noble people of the kingdom with their wives and daughters. Cinderella's stepmother and sisters are also invited to the ball; Cinderella herself, in her dirty rags, no one will let into the palace. After the departure of her stepmother and sisters, Cinderella weeps bitterly. She is visited by her godmother, who is a fairy. The good fairy turns a pumpkin, mice, a rat and lizards into a carriage, horses, a coachman and servants, Cinderella's rags into a luxurious dress, and gives her beautiful shoes. She warns Cinderella that exactly at midnight the carriage will turn back into a pumpkin, the dress into tatters, etc. Cinderella is going to the ball. Everyone admires her beauty and outfit, the prince meets and dances with her. At a quarter to twelve, Cinderella "quickly said goodbye to everyone and hurried to leave." At home she puts on a dress