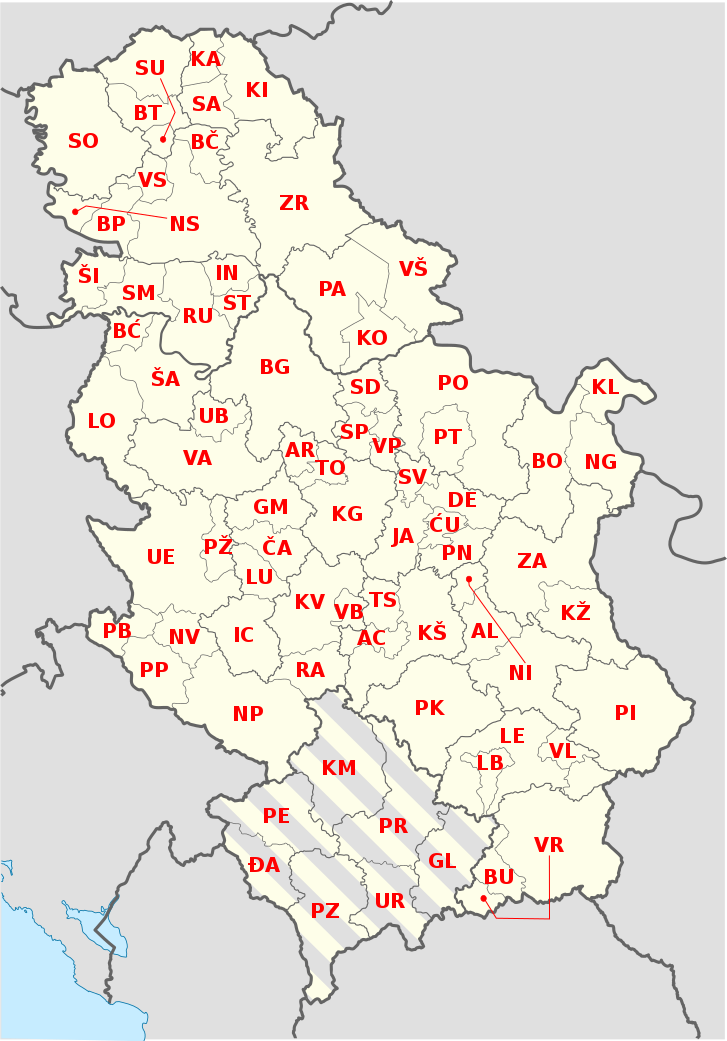 License plates in Serbia consist of two letters of the area code, three numbers and two letters separated by a hyphen (eg BG 123-AA). The region code and the three-digit number are separated by the Coat of Arms of Serbia. The blue fields are located on the left side, as in the EU countries, having the international country code SRB. The digital code contains a combination of three digits (0-9), and a two-letter code consists of a combination of Cyrillic letters and 4 Latin letters: N, W, X, Y. License plate size is standard. The issuance of the current type of license plates began on January 1, 2011 and they were used along with the old ones during a transitional period until the end of 2011.