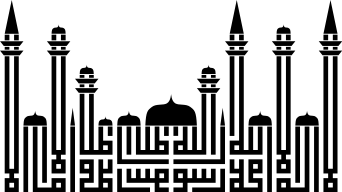 Islam (Arabic: الإسلام - "obedience", "surrender to [the One] God") is the youngest and second largest in number of adherents, after Christianity, the world, as well as the monotheistic Abrahamic religion. The number of adherents is more than 1.8 billion people living in more than 125 countries around the world. Islam is the state or official religion in 28 countries. The majority of Muslims (85-90%) are Sunnis, the rest are Shiites, Ibadis. The directions are also divided into madhhabs. The founder of Islam is the prophet Muhammad (570-632). The holy book is the Koran. The second most important source of Islamic doctrine and law is the Sunnah, which is a collection of legends (hadith) about the sayings and deeds of the Prophet Muhammad. The language of worship is Arabic. The adherents of Islam are called Muslims.

Islam arose at the beginning of the 7th century in Western Arabia, in Mecca, where paganism prevailed. Each tribe had its own gods, whose idols were in Mecca. This period is characterized by the gradual destruction of the patriarchal tribal system and the emergence of a class society. Together with Christianity and Judaism, it belongs to the so-called "Abrahamic religions," a revelatory (divinely revealed) tradition. Abrahamic religions are rooted in the most ancient forms of Middle Eastern monotheism, as a result of which they have a common historical and mythological heritage and a single, in principle, picture of the world. The influence of Christianity and Judaism at the early stage of the formation of the Islamic faith is somewhat exaggerated. The direct influence of Christian and Jewish theology can be traced at the turn of the 7th-8th centuries, when the process of formation of the problem field of Islamic theology took place, and Muslim theologians had to answer the same questions that arose from their Christian and Jewish predecessors. Starting from the early stages of the development of Islam, one can trace the awareness of the initial unity of Abrahamic monotheism, expressed in the sermons of the Prophet Muhammad. The main idea of ​​his sermons was the purification of the truth of monotheism (tawhid) from the distortions introduced by Jews, Christians and polytheists. In early and classical history