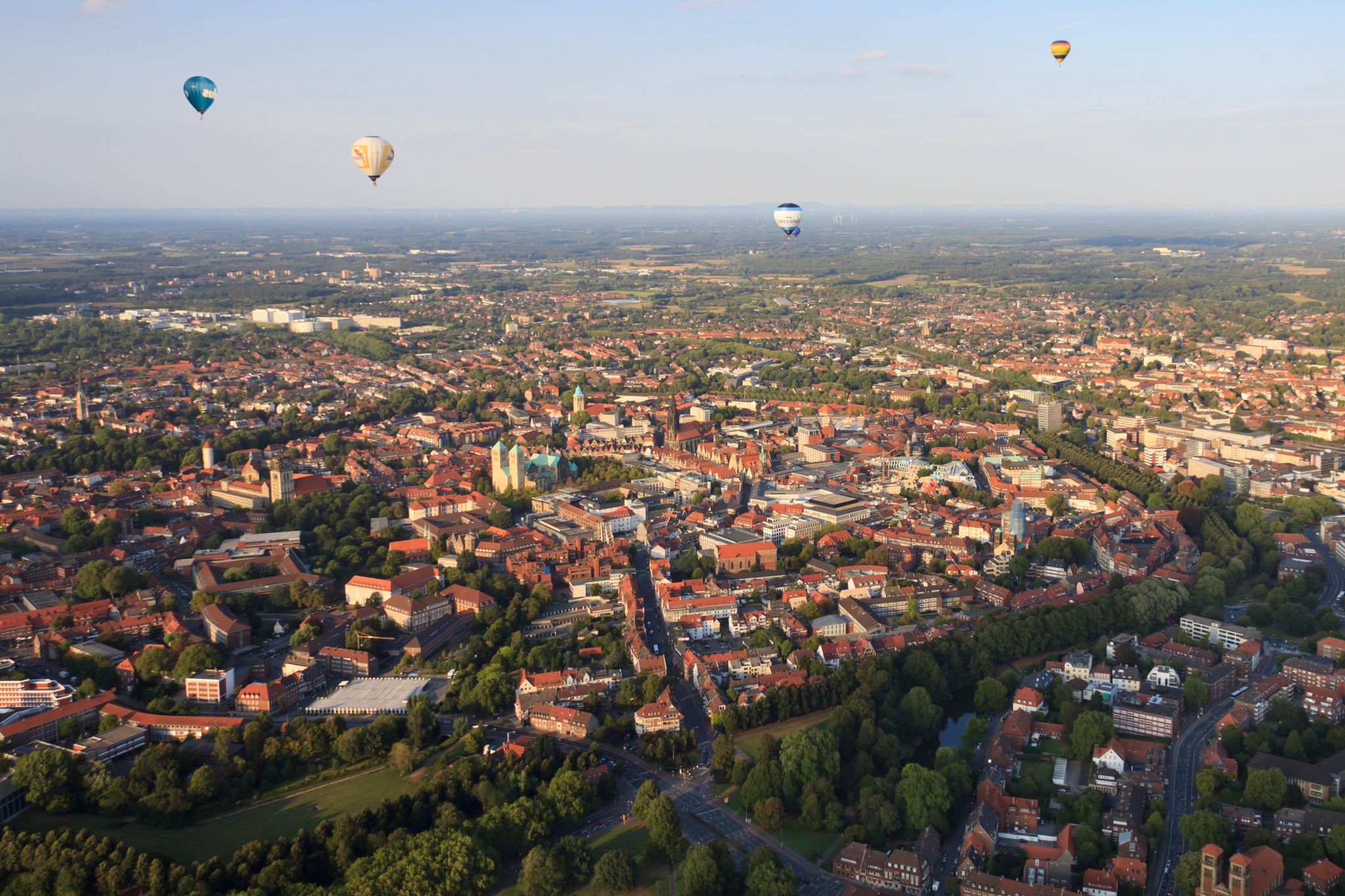 Münster (German Münster [ˈmʏnstɐ], N.-German Mönster, Latin Monasterium Westphalorum) is a city of land subordination in Germany, in North Rhine-Westphalia. Münster is home to important judicial and administrative institutions in North Rhine-Westphalia, including the Constitutional Court and the Supreme Administrative Court. The Catholic Bishopric of Münster, founded over 1200 years ago, is one of the oldest in northern Germany and plays a large role outside of Westphalia. A huge number of cyclists and the historic center of the city give it a unique look.

Münster is located in the north of the federal state of North Rhine-Westphalia. The nearest major cities to Münster are Osnabrück (44 km north), Dortmund (61 km south), Bielefeld (62 km east) and Enschede (Netherlands) (65 km northwest). The city is one of 42 urban agglomerations in Germany. In terms of area, it is in 16th place among the cities of Germany with the largest area, but almost half of the city's territory is used for agriculture.

Despite the fact that the average annual rainfall in Münster (700 mm / year) is approximately equal to the average annual rainfall in Germany, the glory of a rainy city has firmly entrenched in the city. The reason for this lies not in the absolute amount of precipitation, but in the large number of rainy days. The average annual temperature is 9 °C at approx. 1500 hours of sunshine per year. Compared to other German cities, according to this indicator, Münster is among the 20% of cities with the most cloudy weather. Winter in Munster is quite mild, snow is relatively rare. Summer temperatures are in line with the national average.

Administrative division of the city

In accordance with Art. 1 of the city charter, Münster is divided into 6 administrative regions: Center, North, East, West, Southeast and Hiltrup. Each such district has a local government of 19 members who are elected in communal elections. These areas, in turn, consist of smaller formations.

The history of the city spans over 1200 years. The original settlement was founded in 793 by Charlemagne, who ordered to build near his residence