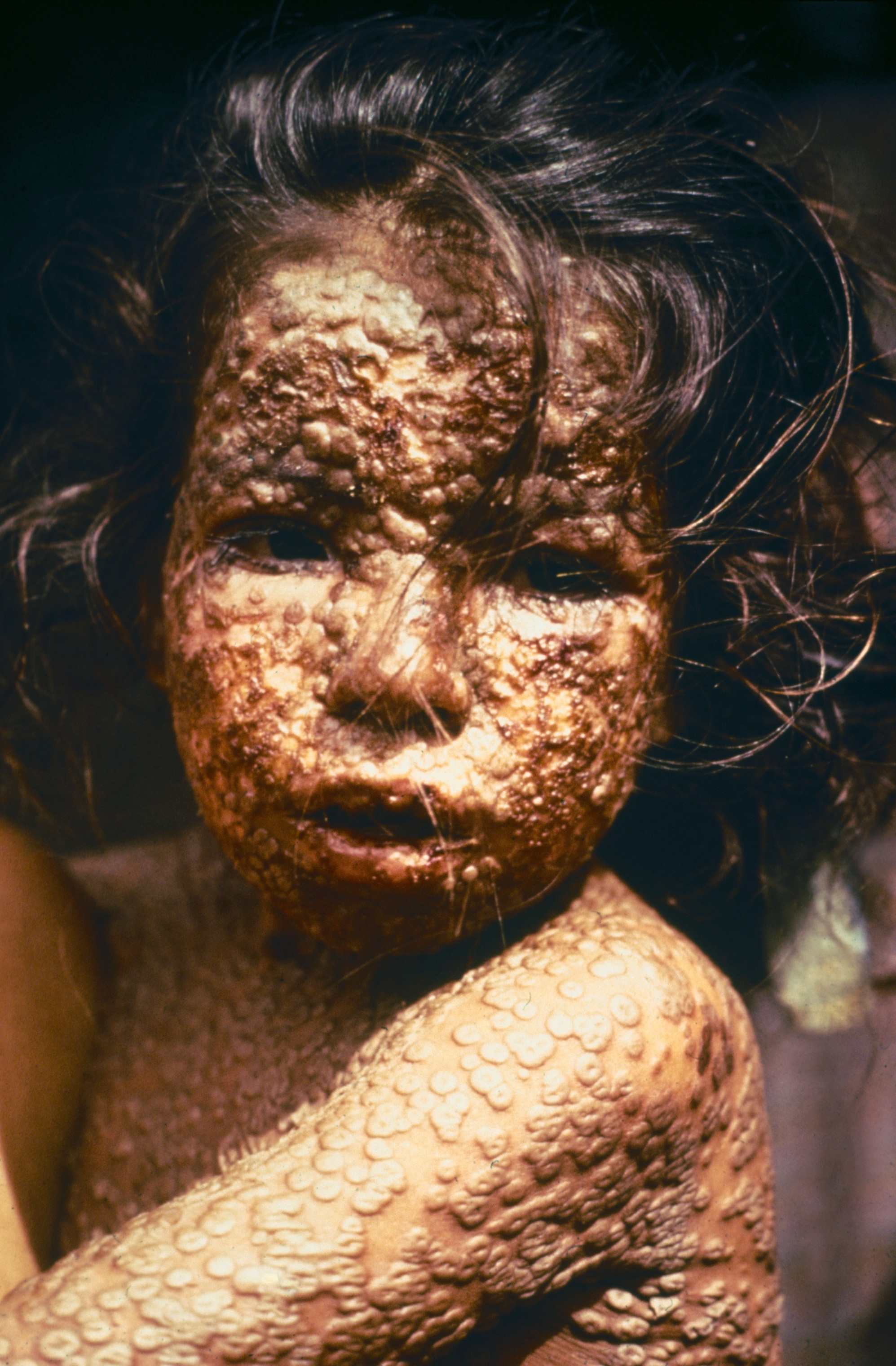 Smallpox (black pox; lat. variola, variola vera; Praslav *о-sър-а - rash) is a highly contagious viral infection, a particularly dangerous disease, characterized by a severe course, fever, rash on the skin and mucous membranes, often leaving behind scarring. It is caused by two types of viruses: Variola major (mortality 20-40%, in some epidemics up to 90%) and Variola minor (mortality 1-3%), which belong to the family Poxviridae, subfamily Chordopoxvirinae, genus Orthopoxvirus. Survivors of smallpox may lose some or all of their sight, and almost always there are numerous scars on the skin in places of former ulcers. Those who have had smallpox have a strong immunity to this disease. The last case of smallpox infection in natural conditions was registered on October 26, 1977 in the Somali city of Marka. In the summer of 1978, the last known case of smallpox (as a result of an intralaboratory infection) was recorded, which claimed the life of 40-year-old Janet Parker, a medical photographer.

Evolution of the virus

The timing of the emergence of the variola virus is not exactly known. Most likely, its evolutionary line separated between 68 and 16 thousand years ago. The wide range of dates is associated with the different readings used to calibrate the molecular clock. One clade of strains belongs to Variola major (a virus that causes a clinically more severe form of the disease), which crossed into humans and spread from Asia between the 5th and 16th centuries. The second clade includes two varieties of Variola Alastrim minor (a phenotypically mild form of smallpox), described in the Americas and isolated in West Africa, which split from a common variola virus ancestor between the 15th century B.C. e. and 7th century AD. e. Later, this clade diverged into two subclades around the 13th century.

Smallpox before the era of mass smallpox vaccination

Smallpox is mentioned in the works of Hippocrates and Galen. Among the Arabs, according to the testimony of the Arab physician Aron, who lived in the 7th century, smallpox has been known since ancient times. The first detailed description was probably made by Abu Bakr Muhammad ar-Razi. Avicena was the first to describe smallpox as a contagious disease. Due to the genetic similarity of the camelpox virus and human pox, it is assumed that the smallpox virus