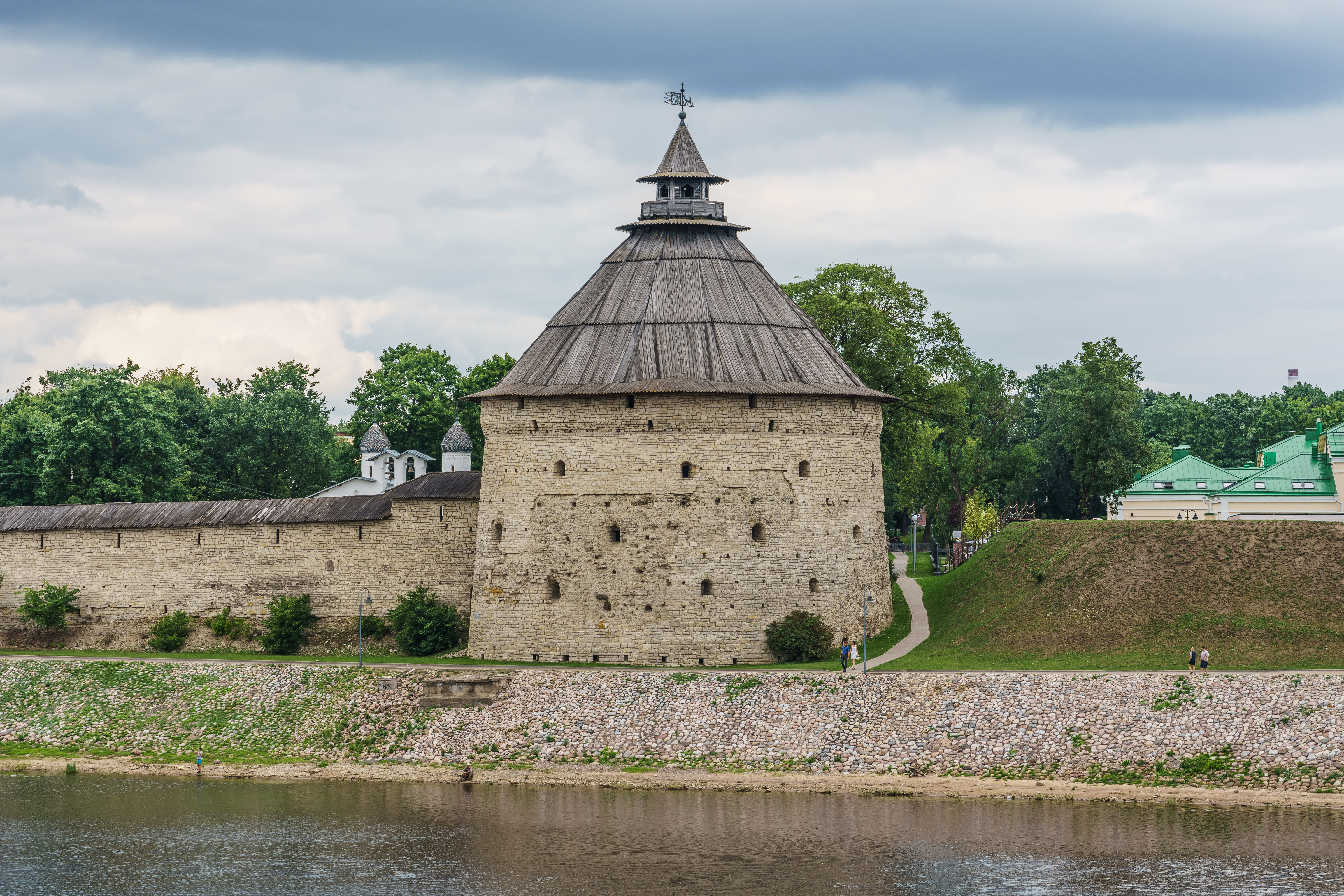 The roundabout city is a part of the historical center of the city of Pskov, formed as a result of the last 5th expansion of the area of ​​the Pskov fortress (to the south and southeast outside the Middle City (Zastenya) in the 2nd half of the 15th - early 16th centuries. At first, this area was called Polonishche , and the name Roundabout City was fixed after the completion of the fortification of Roundabout City at the beginning of the 16th century.

Geographically, in the north, the Roundabout City is limited by the wall of the Middle City (1375 - 1400), which ran from the Mstislav Tower near the banks of the Velikaya River, along modern Pushkin Street (formerly Pushkinskaya Street, in ancient times - Sadovaya Street) and rounded off to the northeast to the river bank Pskov (approximately west of the street of the Red partisans (formerly Kazanskaya street), opposite the Zapskovskaya Church of the Epiphany in Zapskovye). In the west, along the Velikaya River, the wall was extended south (from the Mstislav Tower) for more than 1 km up to the Pokrovskaya Tower. In the south and south-east, the wall ran along Stennaya Street (now Sverdlov Street), from the Pokrovskaya Tower in the west to the Gremyachaya Tower in Zapskovye with the Upper Lattices (“water-flowing” gates across the Pskov River, by analogy with the Lower Lattices at the mouth near Krom). The stone walls of the Okolny city have mostly survived (in varying degrees of ruin), with the exception of sections of a through widened passage of modern streets: in the south it is st. Kalinin (formerly Uspenskaya St. at the former Svinuz Tower), st. Sovetskaya (formerly Velikaya, Velikolutskaya, where the Great Gate with the Great Tower was), Oktyabrsky Prospekt (formerly Sergievskaya St., which passed outside the fortress into Kokhanovsky Boulevard), st. Karl Marx (formerly Novgorodskaya St.); also, sections of the walls on the banks of the Pskov River were not preserved, just as the Nikolskaya tower with the Upper lattices, which was located here, was not preserved. Along the Great Wall of the Round City, it has been preserved to a greater extent, except for the sections of the passage of Detskaya (formerly Spasskaya or Voskresenskaya) and Georgievskaya (in Soviet times called Uritsky Street), where the not preserved Georgievskaya (Egorievskaya) tower was located.

The beginning of the construction of the 5th ring of the defensive lines of the Pskov fortress dates back to 1465, first in wood, then in stone