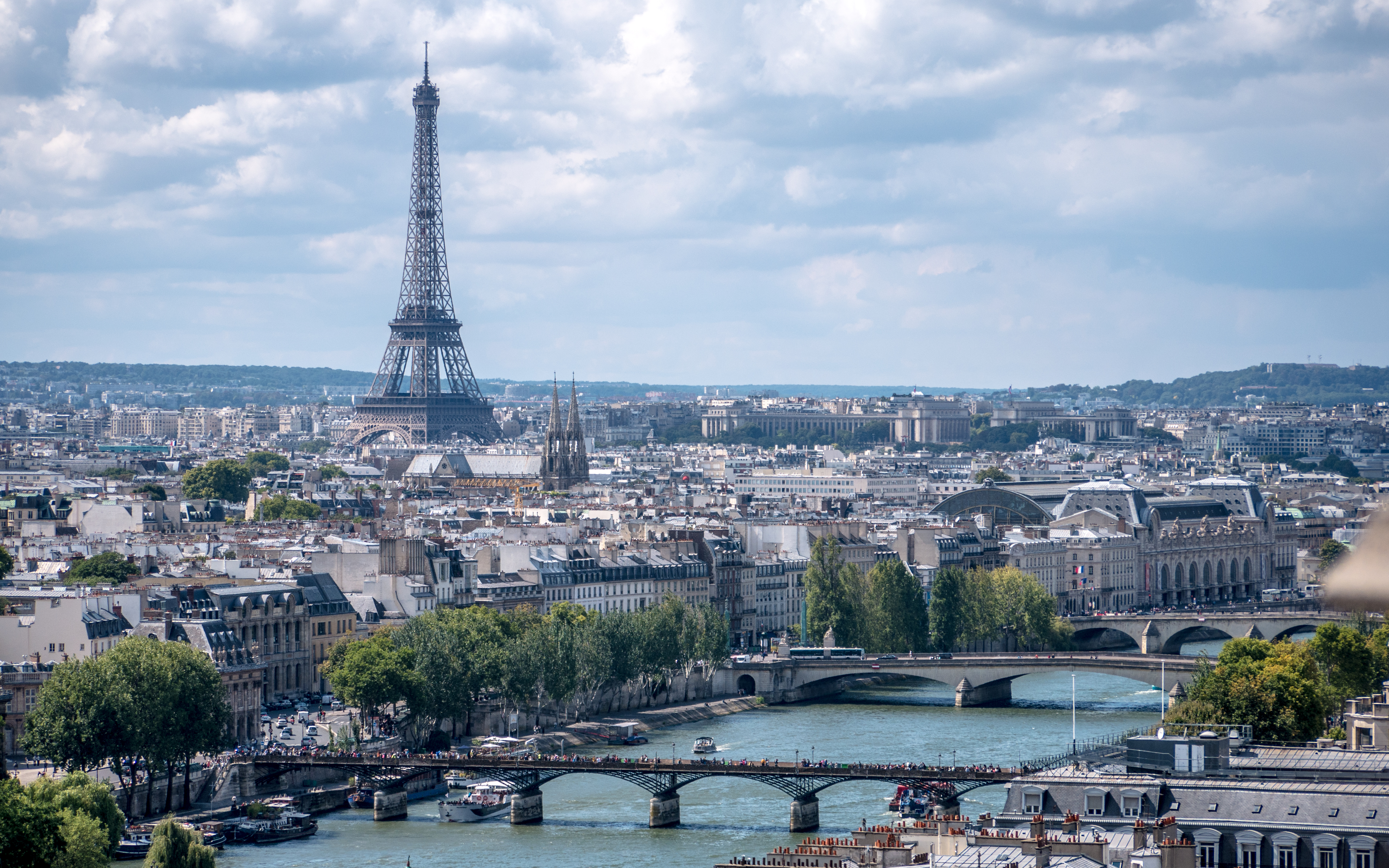 Paris (French: Paris [paˈʁi] listen) is the capital and largest city in France. It is located in the north of the state, in the central part of the Parisian basin, on the river. Seine. Population 2.2 million (2016). The center of the Greater Paris agglomeration (6.6 million), which is the core of the historical region of Ile-de-France (more than 12 million). Forms a commune and department, divided into 20 districts. Refers to global cities and global financial centers. The headquarters of UNESCO and other international organizations are located here. The historical center formed by the Ile de la Cité and both banks of the Seine has evolved over the centuries. In the second half of the 19th century, it underwent a radical reconstruction. The palace and park ensemble of Versailles is located in the suburbs. Founded in the III century BC. e. the Celtic tribe of the Parisians. Since the 3rd-4th centuries it has been known as the Gallo-Roman city of Parisii. Since the end of the 10th century, with interruptions, it has been the capital of France.

There are several versions of the origin of the toponym "Paris", the most popular of which received the names: "Gallic" and "Roman". According to the "Gallic" version, the name "Paris" comes from the Latin Civitas Parisiorium - "the city of the Parisians." In the III century BC. e. The Celtic tribe of the Parisians founded a settlement on the site of the modern island of Cité, which received the name "Lutetia" - from the Latin lutum - "mud, silt", is also associated with the Celtic louk-teih, louk-tier - "swampy places". It was first mentioned in the work of Julius Caesar: "Notes on the Gallic War", dating from about 53 BC. e .. After the transformation of Gaul into a Roman province (16 BC), Lutetia became a significant trading center, and from the 3rd century AD. e. became known as the Parisians. The "Roman" version, which is not without reason considered too far-fetched, refers the origin of the city's name to the name of the hero of the myth of the Trojan War - Paris, the son of the Trojan king Priam, who stole the beautiful Helen from the Spartan king Menelaus. According to Virgil, the surviving Trojans, led by Aeneas, sailed to the Apennine Peninsula, where they founded Rome. The question of how the relatives of Paris ended up in France and founded the city named after him, which later became Paris, remains open. Over the centuries, Paris has repeatedly received p