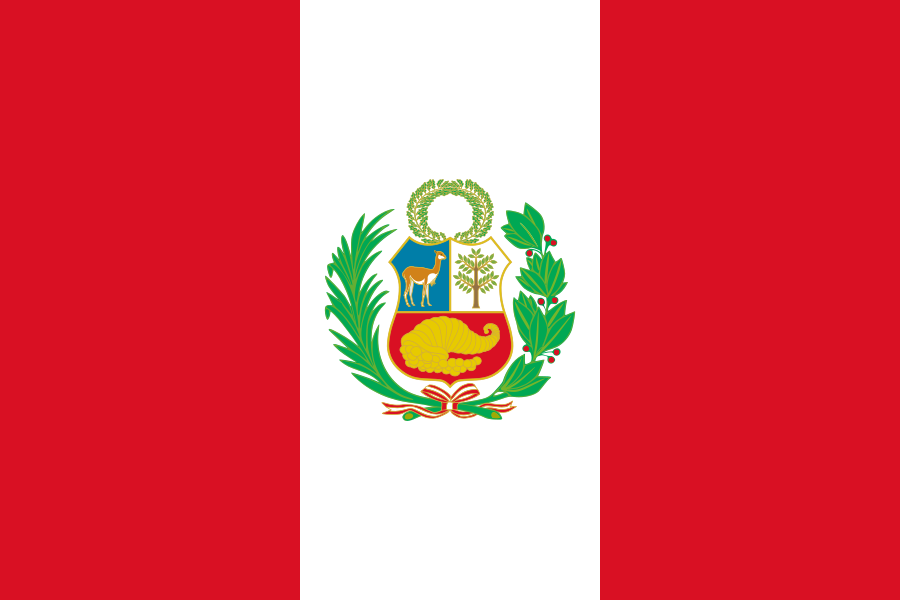 Peru, obsolete Peru (Spanish Perú, Aim and Quechua Piruw), the official name is the Republic of Peru (Spanish República del Perú [reˈpuβlika ðel peˈɾu], Quechua Piruw Mama Llaqta [piˈruw ˈmama ˈʎaχta], Aim Piruw Suyu [piˈruw ˈ ]), is a country in South America. It borders Ecuador to the northwest, Colombia to the north, Brazil to the east, and Bolivia and Chile to the southeast. In the west it is washed by the Pacific Ocean. The third largest (after Brazil and Argentina) country in South America.

According to the report of Juan de Samano, secretary of Charles V, the name of Peru was first mentioned in 1525 in connection with the first expedition of Francisco Pizarro and Diego de Almagro.

History of the country

The first inhabitants on the territory of modern Peru appeared in the tenth millennium BC. e. They lived in the river valleys of the coast. In Peru, stone tools, animal bones, and plant remains are dated at least 12,000 years ago, respectively. The ancient civilization of Norte Chico was discovered on the north-central coast of the country. It dates from the period between 3000 and 1800 BC. e.

State of the Incas

In the 12th century, the Inca state arose in the valley of the Urubamba River. The Incas are not only an ethnic group, but also a ruling class. For five centuries, the Inca state of Tahuantinsuyu has become the largest empire of pre-Columbian America. In the north, the border passed along the Patia River (Colombia), in the south - along the Maule River (Chile), in the east, the power of the Incas extended to parts of the territories of present-day Brazil, Paraguay and Argentina. One of the most famous Inca fortresses, Machu Picchu, is located in Peru. The main industry of the Inca era was agriculture. The earth was loosened with sticks, the plow was unknown. Maize, cassava, potatoes, tomatoes, beans, tobacco, coca and cotton were cultivated. Lamas were bred from domestic animals. Of the crafts, weaving from cotton and wool, pottery (without a potter's wheel), processing of gold, silver, copper and bronze have reached significant development. The bellows were unknown - the fire was fanned through copper pipes. Nails were also unknown - the boards were tied with straps. Buildings, bridges and roads were built from stones laid without cement. Instead of writing, multi-colored laces with knots (kipu) were used. Basic