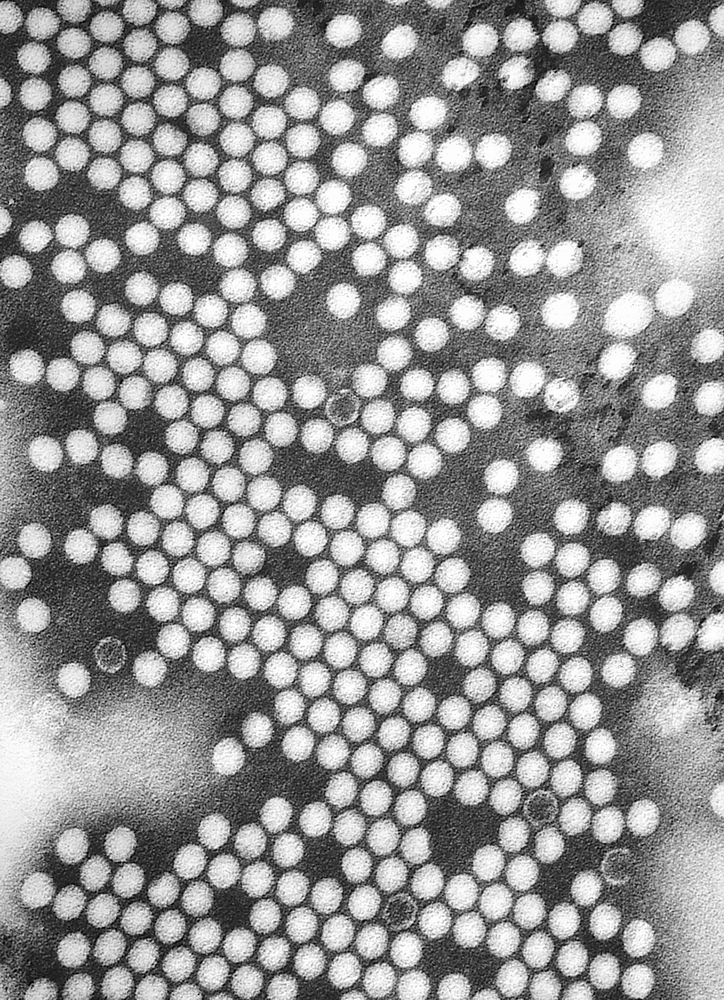 Poliomyelitis (Heine-Medina disease, infantile spinal paralysis, infantile spinal paralysis; from other Greek πολιός - gray and µυελός - spinal cord) is an acute highly contagious viral infectious disease caused by damage to the gray matter of the spinal cord by poliovirus and characterized mainly by the pathology of the nervous system . Mostly occurs in an asymptomatic or erased form. Sometimes it happens that the poliovirus penetrates the central nervous system, multiplies in motor neurons, which leads to their death, irreversible paresis or paralysis of the muscles innervated by them.

In the pre-vaccination period, the spread of poliomyelitis was widespread and pronounced epidemic. Seasonal rises in incidence were recorded in the summer-autumn period, typical for intestinal infections. In tropical countries, cases of poliomyelitis have been reported throughout the year. Children from 6 months to 5 years are the main age group of the diseased. There is reason to believe that polio already existed in ancient Egypt and ancient Greece. In the temple of the goddess of fertility Astarte in Memphis, they found a stele from the 18th dynasty (1403-1365 BC) depicting a priest with a lesion of the lower limb typical of polio. Mummies were found with bone deformities characteristic of polio. Hippocrates left a description of the symptoms of the disease, in which the legs dry, the volume of muscles decreases and paralysis of the limbs occurs. In the middle of the 19th century, physicians derived polio from the general poor state of the sanitary environment. However, by the end of the 19th century, improvements in sanitation in the West made these judgments unsatisfactory. Thus, the first mass cases of "infantile paralysis" were registered in the Scandinavian countries and other developed countries; that is, where sanitary conditions were relatively good. Young children were always sick, and cases of the disease were recorded in the summer. The first reported outbreak of polio in the United States occurred in 1841 in Louisiana (10 cases, no deaths). Scientific research on poliomyelitis dates back to the work of the German orthopedist Jacob Heine (1840), the Russian neuropathologist A. Ya. Kozhevn