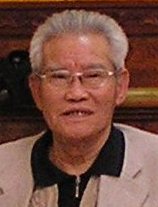 Peng Shilu was born on November 18, 1925 in Haifeng County, Guangdong Province to Peng Bai, a prominent Chinese communist revolutionary in the 1920s. His parents were killed by the Kuomintang government when he was not even 4 years old, and he himself was imprisoned at the age of 8 for being the son of Peng Bai. He was later rescued by his grandmother and sent to Yan'an by Zhou Enlai. In the 1940s, he received his initial training at the Yan'an Institute of Natural Sciences (now Beijing Institute of Technology). After 1949, he left for the Soviet Union to complete refresher courses in nuclear energy at the Moscow Power Engineering Institute.